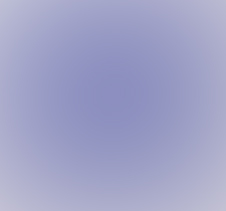 A Texas couple watched a dark object with three white lights 100 feet in the air as they were driving one mile west of Santa Anna just after dark on December 8, 2010, according to testimony from the Mutual UFO Network (MUFON) witness reporting database.

As they watched the object, it appeared to be turning clockwise.

“I could tell it was turning because it had three very bright white lights, and I could see the round shape, but there were no blinking lights and the lights weren’t pointed down like any plane light I’d ever seen,” the reporting witness stated. “It was a perfectly clear night too. At first I thought it was a plane turning, but the lights kept coming around the object, two lights showed and then three as one would rotate out of view and another would appear from the other side.”

The object made 10 revolutions and then completely disappeared.

The only other traffic on the road was a truck, and they pulled over to let it drive by, but the driver indicated that he too had seen the object.

“We pulled over to let him pass, but he just waved and pointed up, so we knew he had seen it too! “

Santa Anna is in Coleman County, TX, about the center of Texas, population 1,081.

One illustration was submitted with this report, which was filed with MUFON on December 13, 2010.

Texas is a current UFO ALERT 3 rating, with a high concentration of UFO sightings. Texas had 33 UFO sighting reports in November 2010 and 50 in October.

You can read more details about other recently reported cases at the UFO Examiner home page. The most up-to-date UFO information can be heard at web radio show UFO Traffic Report  every Wednesday, 9 – 10:30 p.m. EST, which includes a UFO Witness Testimony Program segment, and an update of the UFO ALERT national rating system. Past shows are available at the Archive page.

The following is the unedited and as yet uninvestigated report filed with MUFON. Please keep in mind that most UFO reports can be explained as something natural or manmade. If Texas MUFON State Director Steve Hudgeons investigates and reports back on this case, I will release an update. Please report UFO activity to MUFON.com.