UFODigest.com » Aliens and UFOs » Alien Encounters » WERE THE MAYA VISITED BY AN EXTRATERRESTRIAL NAMED QUETZALCOATL? 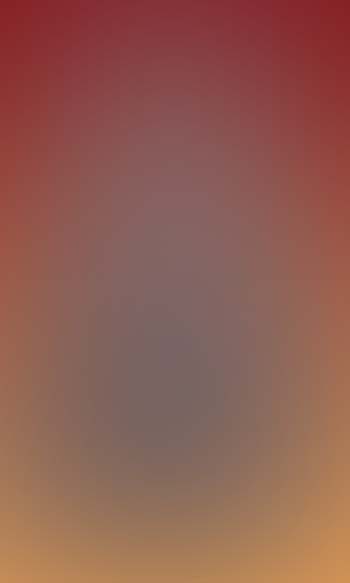 Were the Maya visited by an extraterrestrial from the Pleiades named Quetzalcoatl? According to Maya legend, the Maya were visited by a robed Caucasian man with blondhair, blue eyes and a beard by the name of Quetzalcoatl, who taught the Maya about agriculture, medicine, mathematics and astronomy.

It is widely recognized that the Maya were the first civilization to use the number “0”.
Quetzalcoatl warned the Maya of another bearded white man who would not only conquer the indigenous people of Central America, but would also enforce a new religion upon them before he was to return. Despite the warning, the Maya mistakenly welcomed the invading Cortes as Quetzalcoatl.

Part I and Part II of this article were written by Gregg Prescott, M.S of http://www.messagetoeagle.com.

According to the prophecies in the Book of Chilam Balam, the Maya were warned about the tyranny of a white-ruling culture but were also promised a return of glory when a new religion would bring the world back into harmony. Perhaps this is the basis of the New World Order’s desire for a one world religion- to take over something positive with a negative event?

Certainly, the Chilam Balam was not campaigning for Christianity, which killed tens of thousands of Maya and hundreds of millions of people globally in the name of the Christian “god”.
Why were the Maya presented with advanced information on science, mathematics and calendar systems?
Why did Quetzalcoatl promise his return and when will that be? Accordingly, one of the stars in the Pleiades is called, “Maia”. Is it possible that Quetzalcoatl is (or was) an extraterrestrial from Maia in the Pleiades?
The following is a synopsis of the many cultures who have the Quetzalcoatl archetype associated as a deity.
Hundreds of North and South American Indian and South Pacific legends tell of a white-skinned, bearded lord who traveled among the many tribes to bring peace about 2,000 years ago. This spiritual hero was best known as Quetzelcoatl. Some of his many other names were:

When he left the Toltecs and sailed away to the East, Kate-Zahl promised to return to them after several cycles of their calendar. He made a prophecy about the destiny of the sacred city Tula (now identified with Teotihuacan in Mexico) through two millennia.

The Toltecs would be conquered first by the Sacrificers of Men (the Aztecs), then by white-skinned, bearded men of the East carrying fatal “thunder-rods” – the Spaniards and their guns:

“Further off there is another invasion. In ships many bearded men are coming from across the Sunrise Ocean… I see these men taking the Broad Land…

They do not respect our trees of cedar. They are but hungry, unenlightened children…

“Would that I could speak to these bearded farmers. I have tried. They do not hear me. They go on their way like spoiled children…
“Stand with me in the Year of Te-Tac-patl. Look across the Sunrise Ocean. Three ships come like great birds flying. They land. Out come men in metal garments, carrying rods which speak with thunder and kill at a distance. These men are bearded and pale of feature.
“They come ashore and I see them kneeling. Above them I see a Great Cross standing. That is well. If these men are true to the symbol they carry, you need have no fear of them, for no one who is true to that symbol will ever carry it into battle.
Therefore hold aloft your Great Cross (T), and go forth to meet them. They cannot fail to know that symbol, and would not fire their rods upon it, nor upon those who stand in its shadow. Well they know that what is done to my people is done also to me.
When the years have come to their full binding, the metal-tipped boots of the strangers will be heard in all the bloody temples. Then throughout the Broad Land has begun the Third Cycle. As yet, I cannot see beyond it.
“Once I had great hope for these people, for I saw them kneel and kiss the sweet earth, and I saw the shadow of the Great Cross which they carried with them. Now I must warn you against them.
“Carry your great books into the jungles. Place your histories deeply in caverns where none of these men can find them. Nor do you bring them back to the sunlight until the War-Cycle is over. For these bearded strangers are the children of War. They speak my precepts, but their ears do not listen. They have but one love and that is for weapons. Ever more horrible are these weapons, until they reach for the one which is ultimate. Should they use that, there will be no forgiveness in that vale where there is no turning. Using such a weapon to make man over, is reaching into the heavens for the Godhead. These things are not for man’s decision, nor should man presume to think for all things, and thus mock the Almighty. Woe to those who do not listen! There are lamps beyond that which you are burning; roads beyond this which you are treading; worlds beyond the one you are seeing. Be humble before the might of the Great Hand which guides the stars within their places. There are many lodges within my Father’s Kingdom for it is more vast than time, and more eternal.
“Keep hidden your books, my children, all during the Cycle of Warring Strangers.

The day will come when they will be precious.

“For five full Cycles of the Dawn Star, the rule of the Warring Strangers will go on to greater and greater destruction. Hearken well to all I have taught you. Do not return to the Sacrificers. Their path leads to the last Destruction. Know that the end will come in five full cycles, for five, the difference between the Earth’s number and that of the Gleaming Dawn Star, is the number of these children of War. As a sign to you that the end is nearing, my Father’s Temple will be uncovered. Remember this in the days which are coming.”
In astronomy, the Pleiades, or Seven Sisters, is an open star cluster containing middle-aged hot B-type stars located in the constellation of Taurus. Distance to Earth is 424 light years Tula-Teotihuacan was found and excavated by archaeologists only in recent years. In another prophecy, Kate-Zahl described the city as it will be rebuilt in the future: “Then the heavens spoke in a crash of thunder, and the lightning flashed above the valley. The Man turned to look again on Tula, his most beloved city. Behold! It was naught but a mass of rubble.
“He wept there with great sorrow. He clung to the rocks, staring back toward Tula. Then the heavens roared again and shook the mountain. A flash of light struck beside Him and cracked the darkness. Behold! The old heaven and earth were vanished, and He looked into another cycle.
“The heavens parted and a rising sun shone down on another Tula. Plainly he could see the valley, but the city was one He knew not. Magnificent was this Golden Tula! &gt;”The Man was lifted beyond the earth. No longer He saw the Age of Destruction. Gone was the horrible Age of Warfare. He was looking beyond the Age of Carnage!
“Walk with me through this Age of the Future. Tula shines in all its glory, but the metals are of types we know not. Loving hands have rebuilt the parkways, have paved the streets, have rebuilt the temples. There is a great building where books are kept for the scholars, and many are those who come to read them. Tula is a great Center of Culture.
“Come with me to the New Colula. Shining again is My Father’s Temple! Once more the city is filled with fountains and the parkways are wire-netted for the birds of rare plumage, and those who sing to enchant the listener. Cross through the parkway to My Father’s Temple. You will see again the inscriptions which today your eyes are seeing, but now all people can read them.
“Come to the city of the future. Here are the buildings unlike those we build, yet they have a breathless beauty. Here people dress in materials we know not, travel in manners beyond our knowledge, but more important than all these differences are the faces of the people. Gone is the shadow of fear and suffering, for man no longer sacrifices, and he has outgrown the wars of his childhood. Now he walks in full stature towards his destiny — into the Golden Age of Learning.
“Carry this vision on through the Ages, and remember Kate-Zahl, the Prophet.” In Book X of his History, the 16th century chronicler Fray Bernardino de Sahagun described the departure of the “wise men” who had been the attendant priests of Kate-Zahl at Teotihuacan:
Read more: http://www.messagetoeagle.com/etquetzalcoatlpleiades.php#ixzz3DXsNqfN1

Most recent posts by Lester Maverick

All posts by Lester Maverick