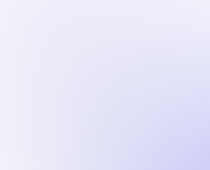 A Hillsdale County, MI, witness driving along a country road reports watching an intelligently controlled, red-colored object with a white light moving just 30 feet off the ground, according to June 15, 2012, testimony from the Mutual UFO Network (MUFON) witness reporting database.

The witness was driving home from a dinner with family and was about one mile outside of town on a well traveled country road when the object first came into view. The witness first thought the object was a red balloon or something that was remote controlled.

“I slowed down to watch the object,” the witness stated. “As it headed towards me, I slowed down to watch it, trying to figure out what it was and who was operating it. As it was coming towards me, approximately 30 feet off the ground, moving slowly, hovering and turning from side to side, I pulled my car over and off the road, but parallel with it, so I could watch it go across the road right behind my car.”

The witness hung his head out the window as the object moved behind his car.

“It seemed to hover for about 10 seconds while it turned back and forth like a periscope would on a submarine.”

“I couldn’t hear any sound at all coming from it. The shape appeared to be almost like a hollie hobbie bonnet with a bright, white bulb in it; the bonnet was red.”

The witness believes that the object was possibly aware it was being watched.

“As it turned, scanning back and forth, kind of watching me, I did a U-turn in the road to continue watching it. It crossed the road and started across a field as I pulled into the driveway of an old abandoned house to watch it. It then suddenly zoomed up and out of sight so fast that it startled me.”

The witness also points out one electronic anomaly.

“Just before I came upon this object, my phone made the noise of shutting off. The battery was charged and the phone had not been used.”

No images or videos were included with the MUFON report, which was filed on June 15, 2012. The incident occurred on June 12, 2012. Hillsdale County is in southern Michigan, population 46,688. The above quotes were edited for clarity.