UFODigest.com » Aliens and UFOs » Year-long Stay on ET Base – Part One 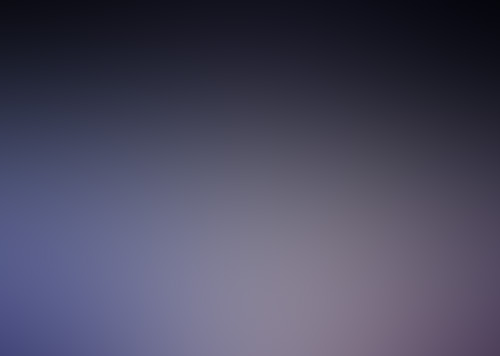 In 1969, a French farmer was asked to spend one year living and working at a subterranean base in the Himalayas.

A 40-year silence was imposed following his return, and in 2005, Robert L. came forward …

• Daily instruction in yoga, information on the Universe, galactic communication and Earth’s dilemma 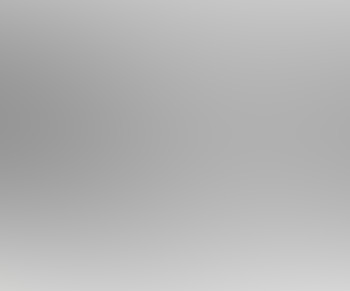 Over a period of months a farm in southern France was plagued by the appearance of lights. Balls of light appeared in the evening and surrounded the house of 20-year-old Robert L., who lived with his parents and his grandmother.

Large balls of light moved over the ground, seeming to extinguish and re-light, eventually joining up with a giant bullet-shaped form standing vertically.

They appeared to be intelligent. 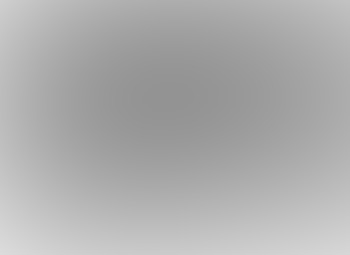 One evening the young man, feeling exasperated, attempted to run into a ball of light with his car. A race ensued over 2 miles, and Robert was unable to catch up with the ball. The car broke down. A flying vessel appeared. The temperature rose. A “flying saucer with two domes descended to the ground where Rogert saw two figures on the inside. He lost consciousness.

Over the next days, Robert was overcome with fatigue and had nightmares. He slept twenty hours a day for three months.

For two years Robert received many visits in his bedroom at night. Extra-terrestrial entities crossed through the walls and surrounded his bed. Robert was paralyzed.

The visitors were tall, blond, and thin with long arms. They were dressed in skin-tight jumpsuits open at the neck and wrists, with a metallic shimmer and a wide belt.

They introduced themselves as scientists from another galaxy. They took a blood sample and told him they were interested in his genetic structure. Over the next two years, Robert was mentally and physically prepared through these visits and instructed in yoga-like exercises. A man who presented himself as the “Guide nicknamed him “Roro. They were part of a Galactic Confederation in charge of maintaining life on planets inhabited like the Earth.

At the end of the two years of night-time training, he was invited to accompany them back to their base on Earth and to serve as a donor of genetic material to populate a faraway planet. He was assured that everything would be taken care of and he wouldn’t lack anything.

January 1969 – Departure to Himalayan Base 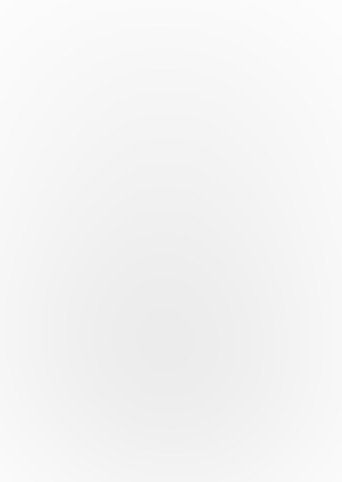 A spacecraft came to pick him up in a field next to his farm. It was a large, flat vessel 65 feet long with a dome. It was red like hot iron, surrounded by a yellowish-orange cloud. It landed without touching the ground. A door opened and the “Guide” welcomed him. The craft took off, with no detectable motion. Robert was worried. The Guide showed him the wall had become transparent and Robert saw what he thought was Marseille. They were at an altitude of 40,000 meters. The trip lasted less than an hour and they arrived at a subterranean base in the Himalayas.

After a night spent in a bedroom with rounded walls, Robert was served coffee which tasted as if made by his mother. He put on an outfit resembling an overall of soft, tight-fitting material. It would be changed and regenerated for the capture of magnetic rays. Two women introduced themselves: a “Biologist” and an “Ethnologist”. In the bedroom there was an eye-shaped device which was a kind of television in 3-D where he could see and hear everything happening at his home, and listen to his parents’ conversations. At the base, the food was simple and healthy: water and grains, accompanied by marbles which tasted like ground beef. The meal was taken in his bedroom accompanied by the Guide and the two women.

They took him on a tour of the cave which was actually a base with several floors, constructed over 3000 feet below the earth. It was surround by a triple magnetic belt which insulated and protected the base from earthquakes. There were numerous rooms. An elevator opened onto a platform in the open air where he could go in the evening, though he was accompanied. The terrain was rugged with high snowcapped mountains. The Guide demonstrated how he could disintegrate a tree with a ball-like device which he carried with him at all times. The spacecrafts accessed the base by way of a snaking tunnel with a funnelshaped entrance situated lower in the valley. It opened onto an immense hangar where the spacecrafts and personnel were located. Robert saw vessels entering from 90 feet away. He was permitted to walk around the interior of the base, except for certain zones. One day he forced entry into the rooms containing nuclear, magnetic and electric fields. He was pushed back by an invisible wall.

Daily life at the base 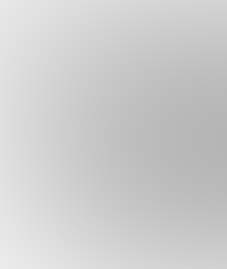 Robert was taken care of by the Biologist who expained to him nicely what was expected of him: a regular sperm donation. This operation, destined to populate a planet, took place every two days.

There were conversations between the Guide and the Ethnologist about our Earth civilizations. Of particular interest was our behavior and how we treated the planet.

They gave him much advice on physical and mental health.

Despite their politics of benevolence and non interference and their respect for “free will”, caution would be taken regarding nuclear dangers. In casseof nuclear conflict, intervention was possible.

Robert observed an ambience of peace and harmony at the base. The occupants seemed to master perfectly the present and the future. Everything was planned to the smallest detail.

Order and discipline seemed to be the motto. It was said that the extra-terrestrials were 20,000 years ahead of our civilization.

They explained the Universe to him as well as interstellar communication.

At one point the Biologist invited Robert to observe a meeting. He was ordered to remain perfectly quiet and simply to observe.

The room was equipped with a big oval table, and he watched in surprise as one by one the guests of different races began to materialize around the table.

People appearing in 3-D had discussions with the guests about suns and the movement of spacecraft between the planets.

The Guide also gave Robert information on time and space and the magnetic energy needed for travelling.

The Guide told him he was able to live four to five hundred years before changing bodies, and that death didn’t exist. The only thing that counted was the perpetual evolution of the soul.

The body was only a container.

October 1969—Scramble with a fighter jet 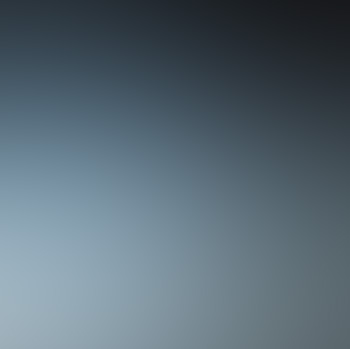 During his stay in the Himalayas, Robert was invited to take an excursion to France aboard a spacecraft.

Seven people were on board: the Guide, the Biologist, the Ethnologist, the captain and two pilots.

It was a circular fighter craft, 90 feet in diameter.

At one point, a Mirage III French military jet, appeared on a screen in the inner wall of the spacecraft.

The spacecraft swerved under and alongside the French jet, and Robert could see the pilot in the cockpit who turned his head and looked toward the spacecraft. 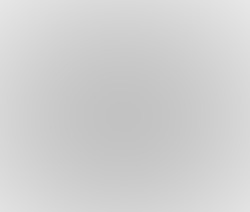 Robert could also see the pilot and his instrument panel on a screen, and discerned a registration number on the jet: FB.

Later investigations beginning in 2005 confirmed the presence of the Mirage III identified at the Dijon military base.

The name of the pilot was retained for possible testimony, but he has not been found.

At the first European UFO conference in Châlonsen-Champagne (France) in October 2005, Robert revealed his story. The Guide had told him to keep the story secret for 40 years.

Robert believes he has a foreign implant in his back.

During the conference, another contactee with paranormal abilities, examined him and found something moving under Robert’s skin which emitted an electric charge into the hands of the therapist at the moment of a camera flash, followed by an intense vibration in his back.

Robert does not wish the implant to be removed. 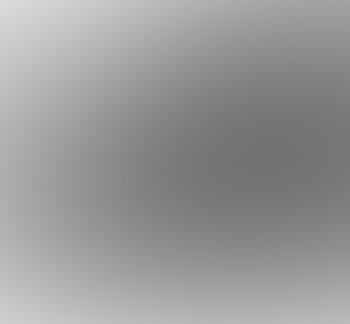 “Once we have made enough progress to go to the moon, Mars and further, we must go with an open mind, with no desire to conquer. The Guide told me that we would
be under surveillance. That if aggressive ideas germinate in the minds of astronauts, they’ll be prevented from carrying out their plan. ‘You must come in peace, with
sincerity, honesty, and humility. If not, we will stop you.’

All the conversations we had at the base come back to me. We have a long road in front of us before we can liberate ourselves from enslavement, big or small. Of course, we mustn’t reject everything, we need to keep what seems good to us. We won’t change our mode of thinking so easily, which is often egotistical and egocentric.

UFO research is a good thing. The overall mentality and opinions on the subject are changing rapidly.

The arcane secrets are beginning to open up gradually. It’s better to go slowly and go far. When the majority of the planet is ready, there could be a possibility of encounter. The Guide’s word.”

Most recent posts by Marc Gray

All posts by Marc Gray