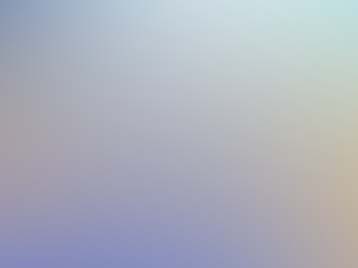 Abbe Berenger Sauniere was said to have had in his possession a precious gold ornament obtained from the Gallic Druids by Constantine in the 4th c. A.D. Was this sacred artifact the source of the priest`s fabulous wealth? It was rumored to have the power to raise the dead and possession of it confirmed kingship on the beholder. Where is it now, and what is the original meaning of its symbolism?

Obtained by Constantine from the Celtic Druids of the Lendit Plain in ancient Gaul, the bejeweled and golden “Crista” has been passed down through the centuries within the church until it was hidden away by the Franciscans in the secret storehouses at Limoux, France during the French Revolution. Abbe Sauniere was directed to its location and was its protector during his lifetime.

Some question whether Sauniere had ever even seen the object, but it is obvious from his repeated use of the Crista-derived “Servants of Mary” insignia in the elaborate décor of his mountain top parish, that he was aware of it. There is a Marian Servites (Servants of Mary) Crista fresco and also a painted drapery mural on the wall embellished with many smaller Crista-inspired roundels. This same sigil is used on the booklet cover of  the esoteric “Le Serpent Rouge” possibly penned by Jean Cocteau who was purported to be a modern Grand Master of the Priory of Sion. Other versions of this design are to be seen throughout Roman Catholic art history. It was used as a model for religious monograms and cathedral ceiling mosaics. One variant of cast and painted bronze forms the symbol of Mary Magdalene in her sacred cave near Bruges, France.

Originally protected by the Gallic Druids within their version of the Delphic Oracle near what is now the modern city of Paris, it was said to have been kept underground in a “sacred vacuum” pre 312 A.D. before being surrendered to Constantine. The saying “In Hoc Signo Vinces” (“In this sign you shall conquer”) is said to refer to this object and Sauniere used this famous saying on the sculpture which greets the visitors to his church. This artifact bestowed the power of sacred kingship upon its owner for which purpose it was used by Constantine and the Merovingian and Carolingian kings after him. Constantine took it to Rome but it eventually returned to France with the fortunes of war. When Rome was conquered by the Visigoths, they took the Crista to their capital in Toledo, Spain. The Arian Visigoth theologians compared the serpentine design to the staff of Moses that transformed into a red serpent during Moses` confrontation with the court magicians of  the Pharoah .

The Frankish king Chidebert returned the Crista to its home in France. Later, St. Denis Cathedral was built to house the talisman which was mentioned in the inventory of church treasures by Abbe Suger in the 12th c. A.D. He compared it to the jeweled foundations of the New Jerusalem in the “Book of Revelations”. The Crista was said to measure three feet across, it was made of solid gold, and was set with many precious gems. The reason that it was so large was because it was used as a battle standard. It was held high on a staff and a banner hung down below it, it was called the “Labarum”. Abbe Suger was the one to give the Crista its name. Its worth is beyond estimation and its power is legendary.

The priesthood wanted to include the Crista in its collection of sacred relics, but objections arose concerning its ancient pagan origin. In order to christianze  the object, its elements were copied and combined with the Latin cross. The capital “M” which forms the basis of the design was said to be a lower-case inverted Greek Omega, as in the symbols of the Christian Alpha and Omega. This was added to the cross in hopes of the Crista being seen as a church, rather than cultic relic. The Crista`s M design was compared to the Christian lily, the fleur-de-lys, and the Crista`s tau cross element  was interpreted as a Christian symbol as well. The tau seems to rise out of the M in the Crista as the yellow pistil rises out of the lily flower.

The Rennes-le-Chateau “Servites of Mary” Crista-inspired monogram is composed of two capital uncial Latin letters, the capital “M” and the capital “S”. The rounded looping M is intertwined by the S.

The beautiful Golden Cross of Toledo is a closely guarded treasure which few have seen, even the drawing of it is a closely held secret. It`s main component is also the large rounded M which is winged with small flames and surmounted by a small cross upon which hangs the a capital S. This gives the effect of the Nehushtan (caduceus) of Moses in the “Book of Exodus”. The Nehushtan was the serpent on the crossed staff which was lifted up for the healing of the Israelites who had been bitten by the fiery flying serpents in the wilderness. The small wings or flames on the Crista`s M were regarded as symbols for these flying creatures.

The base of the M in both the Rennes-le-Chateau and Toledo versions is crossed by a curved bar which resembles the downward-curving scabbard of a sword. All of the tips of the elements of the Toledo Cross are foliated, ending in the fleur-de-lys lily flower pattern. It is an exquisite and balanced design.

On the later book let cover of “Le Serpent Rouge” – “The Red Serpent”, the cross bar is replaced by a human femur – the thigh bone symbol of the Templars. “The Red Serpent” is said to refer to the royal bloodline flowing down through the ages through the Merovingians and beyond. Possession of the Crista determined that the king was recognized as such and it was utilized to confirm power upon Constantine, Dagobert, and Charlemagne when they ascended to the  throne. The Crista`s importance is evident archaeologically when studying the coins minted during these early realms.

When this pagan solar symbol was originally designed, the M and the S which compose it were not yet interpreted as letters of the alphabet, they represented the powers of nature. The voluptuous M looks like a maternal feminine form while the sinuous S seems to embody the male energy. Perhaps these powers combined to portray the fertility of the kingdom which in ancient times was linked to the underworld as in the Greek myth of Demeter and her daughter Persephone who was kidnapped by Hades and taken to his realm under the earth. The seasonal fertility of the land is the origin of the myth of Persephone. The underworld is also the world of those all-important oraclar messages which directed ancient societies. (This is my own theory).

The Crista was originally stored underground by the Druids of Gaul which would have insured the power of the ruler as the source of the fertility of the earth under his rule as well as maintaining a link to the realm of the spirits.

The Crista is a totally unique object, a one of a kind. It is real and not mythological. Some say it came from Troy, or from above – “from before our history.” If one regards the Trojans and the Celts to be of ancient Israelite origin, the Trojans as blonde descendants of Benjamin, and the Celts as members of the Lost 10 Tribes of Israel, then the “S” entwined on the tau cross-staff symbol is no coincidence. (This is my own theory). 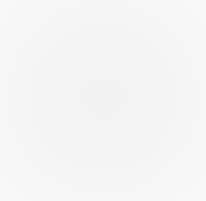 Where is ithe Crista now?

Abbe Sauniere was thrilled to find this treasure and valued it highly, keeping it with him during his lifetime. Upon his death it was secreted away by church authorities who sought to keep its power from their rivals, they did not want its sacred power to bestow the right to rule used by their enemies. This ornament is the subject of intense curiosity to scholars of the Rennes-le-Chateau mystery. How they long to lay their eyes upon its dazzling splendor.

Thank you to IBJ Research Group and Andrew Gough`s Arcadia Forum for the Crista research.