A poor farmer`s encounter with a being in a silver suit who did not communicate with words, and the shape-shifting shaman king`s transformation into a jaguar who left no claw marks behind on his tracks are indications of involvement of the paranormal in the legends of the Maya. With the year 2012 soon approaching, will activity from other dimensions herald the advent of a new era? 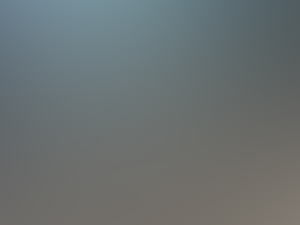 Cornfields now cover the ancient ball courts which were cut low to be closer to the underworld. The ball games decided the fate of the sun, the planets, and the lives of the players on the defeated team. Although the ancient Mayan cities lay in ruins, the deity whom they worshiped is not forgotten.

The smoke of fragrant copal incense blackens the entrance to the tunnel which runs beneath the ancient plaza. Copal, the “blood of trees”, is burned in sacrifice to the god portrayed on the ornate standing stones before the round stone altars in front of the pyramids. The Mayan kings held a double-headed serpent bar to express their rule. In other carvings they hold what is called “the manikin-scepter” or “god K” who has the same face.

This god is also referred to as their baby and can be seen held as an infant in the arms of the rulers at Palenque. Other Mesoamerican cultures portray him as a babe in arms as well, a baby with the feline facial features of a jaguar. He is their god of thunder and fire-making. When held as a scepter, one of his legs is a serpent with a gaping mouth which hungers for sacrifice. On this leg he spins as a fire-drill to create sparks. The sand which is fused by lightening strikes, fulgarite, is called his smelted lost shoe. His name varies when he is in his aspect of striking lightning with his axe. One of his names is “White Spark- Striker”, the god who met the Conquistadors on the battlefield and lost. In Guatemala these characters parade in processions every year to commemorate his defeat. It is said that his guardian spirit, the quetzal bird, departed from his body when he was slain.

The Secret Beneath the Citadel

There are tales of encounters with spirits still told today. One involves a poor peasant farmer who went to burn copal incense and candles of the correct color in a tunnel beneath a pyramid complex. He came upon a trap-door of pure silver (silver is “pwaq” in Mayan). It was a door of “pura pwaq”. He opened it and descended down ancient stone steps to a room underneath the citadel. Within the room hung the costume of White Spark- Striker which was silver representing “uk`ux pwaq” – the very heart of metal. A figure clothed in silver spoke to him, “Who sent you, what did you come here for?” “He said it in signs since his kind can`t talk”, the poor man related afterwards. The farmer asked for as much wealth as he could carry, but since he was too poor to have pockets, he couldn`t carry much. For the rest of his life he searched for the silver trap-door but he was never able to find it again.

Here we have a subterranean being from a mythical dimension dressed in shimmering silver which does not use verbal communication. This sounds a lot like an extraterrestrial wearing a silver space-suit. They are famous for their non-verbal telepathy. Is this an indication that the god of the Mayans is from outer space?

When Shaman were Kings

In the days of the Mayan pyramid builders, the king was a shaman shape-shifter. He could transform himself into his spirit animal, be it feline or aquiline. When the king danced, he performed before an audience of provincial rulers. His transformation before their eyes was his means of maintaining his power as their king. His guardian spirit would manifest itself to his audience. By his side were his royal emblems: the royal clay ocarina, the “ch`am-ch`an” which made the sound of warbling birds, the yellow ocher and mica powder face paints, and the bone flute.

If the statue of a Mayan king has claws, it depicts the moment of his transformation into a jaguar or puma. However, it is said that when the brujo (sorcerer) shape-shifts into a puma, or into a dark jaguar, the feline leaves no claw marks behind on his paw prints. In the science of the study of alien big cats, tracks with no claw marks are a clue that the animal being tracked is of a paranormal nature and is not of this world.

Clawless tracks and mute-like kills are evidence of the alien cats` origin in another dimension. One of these bounding creatures was spotted up in Nova Scotia wearing a glowing blue collar which was thought to have been placed there by its caring owner.

This glowing blue collar is reminiscent of the glowing blue belt worn by a Bigfoot seen carrying away a sheep up in the Pacific Northwest. These animals are indeed someone`s pets, but the owners are not from this planet.

The poor farmer’s meeting with the silver being and the kings` transformation into a panther, which leaves no claw marks, are evidence of the paranormal in ancient Mayan lore. The year of the Mayan prophecies, 2012, fast approaches. Even now plans are underway to organize special international 2012 Pow-Wows to commemorate the approaching dawn of the New Age. Given the evidence of inter-dimensional indications within the lore of the Maya, can we expect paranormal involvement in the upcoming conclusion of the Mayan cycle of the ages?