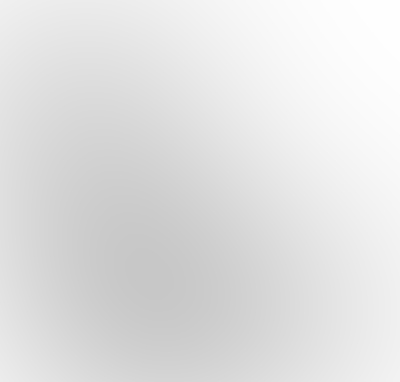 The painter Nicholas Poussin is famous for the mysteries contained in his work, especially the painting mentioned in the Sauniere coded parchments. This picture of the Arcadian Shepherdess contains the geometry which was the secret language of the alchemical underground in the days of the Inquisition. The Templars had used geometry and trigonometry on carved stones to indicate direction, they had learned the science of trigonometric maps in the Holy Land – did this translate into the geometry used in the esoteric art of later centuries?

The search for buried treasure is the subject of many debates in Rennes-le-Chateau and seekers look for maps within coded mysteries, but the treasure that the Poussin kept secret was from a more ancient time. It is said that the mystery in “The Shepherds of Arcadia II” is in the tomb where the shepherds are reading an ancient inscription. As an artist Poussin was aware of a huge cache of antiquities because of his close relationship with his church patrons who were avid collectors. This closely held treasure trove was in the long-buried lost cities of Pompeii and Herculaneum in Campania. The shepherds in his painting are interpreting writing from another age just as the discoverers of the theater of Herculaneum realized what they had found by deciphering the carved title on the ancient building.

Among the unearthed archaeological artifacts discovered near the shoreline of the Bay of Naples in the city of Pompeii is a curious clay lamp of a distinctive design. Many have wondered whether there were Christians in the cities of Campania, a cross-shape was found on a wall in Herculaneum, but it was later determined to be an imprint of a brace for a shelf. This beautiful print from an old book dating before 1921 depicts an ancient-style pottery oil-burning lamp with the PAX CHI RHO insignia on the handle. In Latin the P and the X are read as “PAX” – “Peace”, the design also contains the Greek Alpha and Omega at the sides of the X. Chi and Rho (X and P) are the first two letters in the Greek spelling of “Christ”. They were used as the sign of the early church along with the very early symbol of the fish before the use of the Latin cross became the standard. It was the PAX CHI RHO that the first Christian Emperor, Constantine, used as his insignia after receiving a vision of this symbol in the sun before the Battle of Milvian Bridge in 312 A.D. The Pompeii CHI RHO lamp is a much earlier use of the design. Does the evidence of this lamp in Pompeii denote the presence of a Christian group in the doomed city? If so, the Biblical phrases: “Come out of her my people that you be not partakers of her plagues,” and “Go not down into the house for your belongings, but flee immediately” take on a whole new meaning when read within the fiery landscape of Vesuvius. 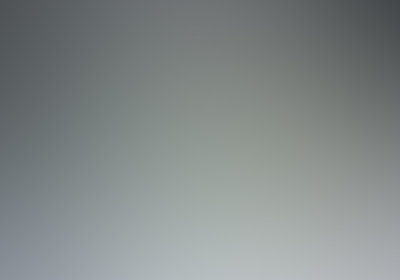 Among the numerous graffiti inscriptions on the walls of Pompeii was one attributed to a Jewish resident, it read, “This place is Sodom and Gomorrah!” Little did that writer know that Pompeii would soon suffer a similar fate to the Biblical cities of the plain in 79 A.D.

Was the date 79 A.D. too soon for the early church to have been established in Pompeii? One of the neighboring cities in Campania was called Puteoli. It was Puteoli from whence came the foundation building material of the Romans, “Puteoli sand”. When mixed with lime and gravel, this volcanic ash hardened underwater and was used for building piers out to sea.

After his shipwreck, when the Apostle Paul was being transported by ship from Malta to Rome under escort as a prisoner, he stopped and stayed in Puteoli for a week in the Christian settlement there. By then in 60 A.D., Christianity was no longer an underground movement. From “The Book of Acts” 28:11-16 we read:

11 After three months we put out to sea in an Alexandrian ship that had wintered at the island and had the “Heavenly Twins” as its figurehead. 12 We put in at Syracuse and stayed there three days. 13 From there we cast off and arrived at Rhegium, and after one day a south wind sprang up and on the second day we came to Puteoli. 14 There we found some brothers and were invited to stay with them seven days. And in this way we came to Rome. 15 The brothers from there, when they heard about us, came as far as the Forum of Appius and Three Taverns to meet us. When he saw them, Paul thanked God and took courage. 16 When we entered Rome, Paul was allowed to live by himself, with the soldier who was guarding him.

In the early days Christian churches were organized in private homes, sometimes in the large houses of wealthy widows. If the apostle Paul visited such a villa in Puteoli, it would have been modeled on the local open style of the homes of the port cities. He would have entered through the atrium where there would have been an open roof over the rainwater reservoir pool called the impluvium which led to an underground cistern. There may have been bronze statues in this indoor pond as well as outside surrounding a marble fountain. These Arcadian-themed sculptures of bronze or marble would have been set among clipped hedges called “opus topiarum” cut into the shapes of ships or animals. Vine-draped mosaic garden grottoes in the gardens imitated the natural occurring caverns sacred to the water nymphs and muses who were depicted on the arches of these fountain niches. First century technology provided the running water for fountains and waterfalls framed by brightly colored glass mosaic pastoral scenes. As night approached, the oil lamps would have been lit and suspended from the ceiling or from the floral branches of tall elaborate bronze lamp stands with feet in the form of animal paws – a decoration still used on furniture today. We can imagine a similar Pax Chi Rho Christian lamp lighting the evenings during the visit of St. Paul to Campania in 60 A.D,That was two years before the Pompeii earthquake of 62 A.D. and 19 years before the eruption of Vesuvius in 79 A.D.

“Peaches and a Glass Jar”  fresco from Herculaneum 56 A.D. 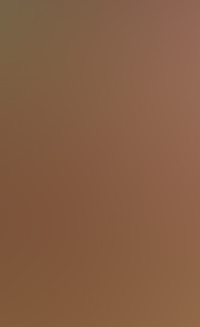 Perhaps Paul was served wine in goblets of pale green Pompeii glassware on a marble table. Window glass was also made available in the first century A.D., it allowed much needed light into the walled rooms of the villas. Fresco murals decorated the walls of the homes. Artists used the technique of applying paint to wet plaster in order to secure the colors. They mixed marble dust with the plaster and when it dried, they polished it to a glass-like sheen.

At the time of St. Paul`s stay in Puteoli, the location of Poussin`s Shepherdess painting near Rennes-le-Chateau was called “Narbonensis” by the Romans. In the 19th c. it was called Narbonne and the Abbe Berenger Sauniere studied in the monastery there for a time early in his career.

Another familiar name to RLC researchers discovered in the impressions of the wax tablets unearthed in Pompeii, they were the records of the collective group of financiers known as the Sulpicii. They were in the business of river and port trade so the mural in their warehouse was dedicated to the marsh-haired river god. One individual of this family we know of was Gaius Phosphorus Sulpicius. His last name is similar to the name of a church featured in a scene from “The Da Vinci Code” – San Sulpice Church. This cathedral was where Berenger Sauniere met the opera diva Emma Calve on his trip to Paris with the coded parchments. She attended Mass there.

The composer Mozart toured Pompeii`s Temple of isis in 1769. It inspired him to write “The Magic Flute” twenty years later. Opera diva Emma Calve of Rennes-le-Chateau fame played a part in “The Magic Flute” during her career.

The buried city of Herculaneum was discovered through the digging of a well. Explorers tunneled in all directions from the bottom of the well, eventually coming upon the inscription carved on the ruin of the huge “Theater of Herculaneum”. Tours by torchlight were given to well-dressed 18th c. tourists. The tunnels remain even in modern times because Herculaneum was preserved in solid rock from the solidified volcanic mud-flow, unlike Pompeii which was buried in ash and revealed years later.

We can only hope that the owners of the Pax Chi Rho lamp escaped the total destruction of the volcanic eruption. The lamp may have been hanging from the ceiling at the time of the catastrophe, swinging wildly, but not falling or breaking.

Nicholas Poussin had the opportunity to sketch similar recovered ancient classical artifacts from the collections of his church patrons. The source of these objects was a closely guarded secret and was even kept from the royals themselves. Poussin would have appreciated this unique lamp and the excavated city in which it was found, in his day he pondered whether the cities would ever be revealed.

To see the other relics from the early collection in which the Pompeii Christian lamp was found, search under “Pompeii artifacts”. They are all drawn in this fine-art early style and the lamp is prominently displayed as a link to a Napoli tour site.