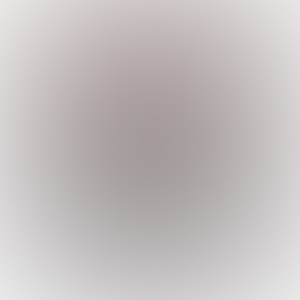 Nick Redfern and I have just published The Zombie Book: The Encyclopedia of the Living Dead (Visible Ink Press), a massive volume that covers every aspect of the ghastly creatures, including motion pictures, television programs, and books.

“Even if you’re a zombie fanatic,” writes Stephen Wagner of About.com, “ I’ll wager you know only a fraction of zombie facts, lore, and legend. Well, now you can get completely up to speed with The Zombie Book: The Encyclopedia of the Living Dead. This book provides comprehensive information about every zombie movie and TV show ever made. The most interesting entries … are the ones about creatures, lore, or historical events with which I am not familiar.”

The Zombie, those dread creatures of the Undead who prowl the night doing the bidding of the Dark Priests of Voodoo are a well-known element of jungle sorcery and folklore.  Some impressionable writers and tourists have perpetuated the myth of the zombie after they witnessed an elaborate Haitian funeral.  At the conclusion of a series of rituals, the hungan, the priest-practitioner of Voodoo, waves away spectators and approaches the corpse for the purpose of setting the  guardian spirit, free from its former physical servant.  The hungan straddles the corpse–and at his sharp command, the cadaver appears to raise its head and shoulders in a convulsive shudder.

Sincere eyewitnesses have testified to seeing a dead body suddenly sit up and release its spirit.  Other reports have told of seeing the hungan erk the body upright with his own hands.  Mystical hanky-panky on the priest’s part is not intended, according to some authorities on Voodoo.  The entire ritual is to be regarded as symbolical.

Voodoo lore actually has two types of zombie—the undead and those who died by violence.  Haitians are very cautious in their approach to a cemetery, for it is there that one is most likely to encounter the unfortunates wraiths who died violently and without adequate time for a proper ritual.

There is a third spirit who may be classified as a zombie–that of a woman who died a virgin.  A terrible fate awaits her at the hands of the lustful Baron Samedi, Master of the Netherworld.

For those who embrace the teachings of Voodoo, the zombie, the living dead, are to be feared as very real instruments of the hungan who have yielded to the seduction of evil and allowed themselves to be possessed by negativity and become practitioners of Dark Side sorcery.  It is as terrible a thing to become a zombie as it is to become its victims.  The dead are meant to rest, not to be forced to prowl around at night as slaves doing the bidding  of Dark Sorcerers.

The ritual that creates a zombie demands that the sorcerer unearths a chosen corpse and wafts under its nose a bottle containing the deceased’s soul.  Then, as if he were fanning a tiny spark of fire in dry tinder, the sorcerer nurtures the spark of life in the corpse until he has fashioned a zombie.

In Haiti the deceased are often buried face downward by protective and considerate relatives so the corpse cannot hear the summons of the sorcerer. Some even take the precaution of providing their dearly departed with a weapon, such as a machete, with which to ward off the evil hungan.

Haiti is filled with terrible tales of the zombie. One hears eyewitness accounts from those who have discovered friends or relatives, supposedly long-dead, laboring in the fields of some sorcerer.  One story that went the rounds a few years back had the zombied corpse of a former government administrator–officially dead for fifteen years–as having been recognized toiling for an old hungan in a remote village in the hills.

Upon investigation, many of these zombie often are found to be idiots, imbeciles, or persons suffering from mental problems who only resemble the alleged deceased victim of  Voodoo.  Certain investigators have made a strong case for the fact that it would not be terribly difficult for an unscrupulous hungan to take advantage of someone with mental problems or deficiencies and turn them into virtual zombie.

On the other hand, it may well be that the Voodoo priests centuries ago discovered the secret and the utilization of many powerful drugs that could produce a deep state of lethargy in a victim and erode the will to resist.

Such application of hypnotic drugs could produce the blank-eyed, shuffling, obedient zombie.

Or even worse, perhaps centuries ago Voodoo priests discovered the terrible secret of the reanimation of corpses, thus fulfilling all the awful requirement of the making of a true zombie.

f you should be confronted with what you feel is the genuine article–not a lunatic, not a moron, not a drug-enslaved wretch–be assured that the zombie is generally docile unless you should happen to give it some salt.  Even a single grain of salt will penetrate the sorcerer’s spell, and the zombie will suddenly realize that it is a corpse without a grave.  With this terrifying knowledge erupting in it shriveled brain, it will go berserk in its attempt to return to its burial place.  According to Voodoo legend, nothing can stop it–surely not you!

If you would like more information or wish to purchase this book through AMAZON.COM simply click on the books cover. The Zombie Book: The Encyclopedia of the Living Dead