UFODigest.com » Religion » Angels and Demons » AN INSPIRING WINTER MIRACLE FROM OUR HOMETOWN 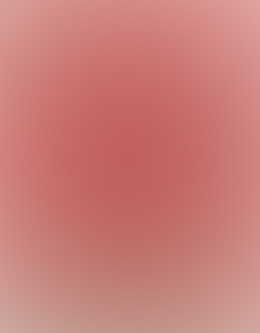 On the night of March 21, 1993, 32-year-old Ward Krenz was snowmobiling with two friends when they were caught in a sudden snowstorm. Deciding to speed across the ice of frozen Clear Lake, Iowa, to seek shelter, Krenz lost sight of his buddies in the blinding snow. He was also unable to see the 200-yard hole in the ice that loomed before him.

In the desperate run across the frozen lake, Krenz had accelerated his snowmobile to top speed, so he traveled about 50 feet from the edge of the hole before the vehicle landed on the water and began to sink beneath him. He could see the headlight of the snowmobile disappearing into the depths of the lake.

Then he was in total darkness, and the cold water numbed his muscles so he couldn’t swim. He had a fleeting thought that he didn’t want to die, but his entire body felt numb, incapable of fighting what seemed to be the inevitable. He felt a sense of peace come over him, and he surrendered to the icy water of the lake.

Krenz’s friends had gone as quickly as possible to get help, and members of the local Clear Lake volunteer fire department had responded. Krenz had probably been in the water for about 30 minutes when the rescuers arrived at the site of his descent into the lake. After nearly 45 minutes of probing the hole in the ice with searchlights, they spotted the top of Krenz’s crash helmet bobbing in the water. The rescuers could see that he was floating in an upright position with his mouth, nose, and the rest of his face under water. Later, it was determined that a pocket of air in his helmet had prevented him from sinking to the bottom of the lake.

By the time the rescuers pulled Krenz out of the lake, he had been in the frigid water for about 70 minutes and submerged for about 60 of those terrible minutes. He was rushed to St. Joseph Mercy Hospital, six miles away, where one of the emergency room physicians declared that his body temperature was 74 degrees. He was not breathing, had no heartbeat, and was declared clinically dead.

Although the doctors didn’t think there was much of a chance of resuscitating Krenz, they hooked him up to a machine that was normally used during open-heart surgery to assume the functions of the heart and lungs. The apparatus took Krenz’s blood, ran it through the machine, warmed it, then sent it back to his body. Miraculously, even though Ward Krenz had been clinically dead for 90 minutes, the process restored internal warmth to his body until his heart was able to restart.

Krenz remained unconscious for three days, remained in the hospital for thirteen days, and spent six weeks in a rehab center before making a full recovery. Initial fears that he might suffer brain damage because he had been without oxygen underwater for an hour were thankfully unfounded. Doctors explained that because Krenz had experienced such a rapid drop in body temperature, his metabolism had been turned off. His brain had not required oxygen because the cold had shut it down.

The Guinness Book of Records lists the miracle of Ward Krenz as the longest time an adult has been submerged underwater and survived.

[This and other true inspirational miracle stories may be found in Real Miracles, Divine Intervention, and Feats of Incredible Survival by Brad and Sherry Steiger.]

If you would like more information or to purchase this book on AMAZON.COM, simply click on its title: Real Miracles, Divine Intervention, and Feats of Incredible Survival