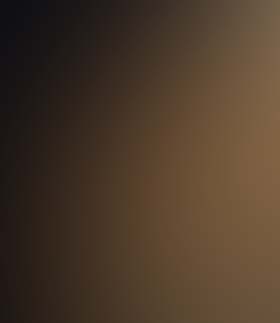 For some time now Colin Andrews has been publicly expressing increasing negativity and animosity toward various crop circle enthusiasts and, recently, has irresponsibly accused both me and my friend, Dutch medium Robbert van den Broeke (whom he has never met or spoken with) of behaving deceitfully and with malice — taking no apparent responsibility himself for the distress these unproven and idiosyncratic comments may be causing all of us who sincerely care about the crop circle phenomenon and what it may mean.

Robbert and I realize we are very fortunate to know with certainty that there is a genuine circle phenomenon and also to have personally experienced (repeatedly) what appears to be a gentle “spiritual presence” as the source of the circles. And we both have done our best to avoid the public bickering which we see slowly replacing the wonder originally associated with the phenomenon with egoistic and self-promoting diatribes. Robbert and I have discussed what, if anything, we might do to lessen Mr. Andrew’s aggressive stance toward us but have not been able to find a way to share our ideas and observations without inciting unwarranted and uninformed assertions that we are either dishonest and/or stupid.

In fact neither of us has ever misrepresented anything we have experienced and subsequently reported nor do we harbor any ill-intent toward anyone. And Robbert knows perhaps more directly than anyone alive the nature of the “energies” behind the circles. We both have been trying our best to share what we have slowly come to understand is actually true — in an effort to help others in their pursuit of understanding also.

Tonight (Friday, July 13, 2012) Robbert contacted me to report another “apparition” event which had begun at 3:15am (Netherland’s time) while at home in his apartment. He reported the incident began with a “static-like” noise in both of his ears and a strong pressure on his head, which made him dizzy. He said this experience was similar to what he had felt when Pat Delgado and Dave Chorley appeared on videotape and on his digital camera in April of 2012 (www.bltresearch.com/robbert/delgadochorley.php). Robbert then recognized the presence of two deceased men, one standing on either side of him, and he heard very clearly a voice saying “Hello, Robbert.”

Robbert saw (in his “mind’s eye) an older man whom he didn’t recognize. He perceived a strength combined with a sweetness and kindliness around this man and he asked “Can I help you? What is your name?” Immediately the answer came and it was “David.” Robbert then asked “What is your last name?” and heard, in a strong voice, “Kingston, David Kingston.” Because Robbert didn’t know this man he asked if he had been involved with the crop circles and heard the clear answer “yes.”

Then Robbert felt a very soft, gentle energy coming from the other man and asked him also “Can I help you? What is your name?” and this time he heard the name “Paul.” Robbert then also asked “What is your last name?” and the clear response was “Vigay.”

As a new face appeared in Robbert’s “mind’s eye” he recognized it as Paul Vigay, whom he had seen on a video-clip in which I also had appeared, and Robbert remembered that I had told him some years ago about Paul’s avid interest in the circles and his loneliness and sad death. Robbert felt Paul’s gentleness and also felt great sympathy, since Robbert also often suffers from an intense loneliness.

While Robbert was in communication with David (and immediately afterward with Paul) Robbert’s friend Stan, who was in the room while this was going on, clearly heard Robbert’s questions and his side of the exchange…Stan told me he heard Robbert saying “yes, yes,” and other brief remarks to indicate he understood the detailed message he was being given telepathically by both David and Paul.

Both men gave their explicit permission for Robbert to take photographs and they urged him to immediately publish them along with their message — and, because the batteries on Robbert’s digital camera were very low, Robbert began to take photos immediately while the “energies” of the men were still present.

Here is the exact message given to Robbert which he was “instructed” to make public immediately so that Colin Andrews and the people who care about the circle phenomenon would all hear it.

David and Paul said, first, that they “love the energies” creating the crop circles and that they “do not support the attacks by Colin on Robbert’s and Nancy’s integrity” and, further, that they “stand by both Robbert and Nancy’s work” and know Robbert and I must continue our efforts to help keep “the spiritual truth of the circles alive.”

They went on to say that, in the past, Colin stood “more in the light,” but that he has now allowed himself to be influenced by “negative dimensions and there is darkness all around him.” They stated they were watching Colin and what he is doing and see that he is “not functioning in accordance with his inner truth”, that he is not listening to his intuitions — but is “standing in his ego now because he thinks he will get more attention this way.” “He is not being truthful to his deepest self.”

And now here’s the “S.O.S” part of Paul and David’s message: they are asking everyone in the crop circle community to “massively send love to Colin so he comes out of the darkness,” so he can “return to the light and leave his ego behind and gain respect for the work of others, not just his own.” They also said that Colin should “take care of his heart and also one lung,” and that “Colin must now work on himself” (both his physical and his mental health).

When Robbert saw these laughing “joker’s” masks appear on his camera his heart was pounding and he did not understand why they were appearing or what they meant. Robbert “asked” what the images meant and the answer he got was plain: when people say and do negative or unthruthful things we must all remember to laugh. When we laugh and find things “funny,” light pours in and sadness and negativity disappear.

Finally both David and Paul sent loving greetings and wished everyone light, and lots of laughter.

As do I and Robbert. Our only interest is to continue learning what the crop circles represent and how we can share what we experience as we struggle to understand these admittedly bizarre events constantly unfolding around Robbert (and me, and many others when we are in Robbert’s company). For readers unfamiliar with Robbert, see the BLT website’s page devoted to his case (multiple reports listed at the bottom of the page, after my introduction and the music clip: www.bltresearch.com/robbert.php) and also see Robbert’s new website: www.robbertvandenbroeke.nl/home.

Because I have personally witnessed and constantly experienced myself (when I am with Robbert in Holland) dozens of similar events to the one reported here — over a period of 14 years now — I am convinced that Robbert is totally truthful and exactly who and what he says he is…and that he holds more compassion in his heart than I can fully understand. When I kid him about this he laughs and reminds me it is the “energies” at work and he is only the medium. And this strange world into which I stumbled inadvertently is both very revealing of human behavior and psychology — and often very funny.

Notes: I need to call attention to the fact that Robbert’s native language is Dutch and mine is English. Robbert cannot read English and I cannot read or speak Dutch, so it is possible (in spite of the fact that Robbert speaks English) that I do not always understand precisely what he tells me. This is the primary reason I have waited to write up reports about many of the incidents he tells me about until I, personally, have witnessed the same sort of thing myself when I am with him in Holland. All of the events covered in the various BLT reports about Robbert are either situations I personally have witnessed (usually repeatedly, on multiple visits) or are of the same ilk.

Another fact to be taken into consideration is that Robbert (like many other mediums, I am told) “receives” massive amounts of information all at once in what I think would be called these “telepathic” transmissions. With so much information arriving at once it is almost a certainty that he will not be able to remember every detail for long. Robbert contacted me very soon after this particular incident occurred and thinks that he has transmitted the major points to me accurately. I have also read this entire report to Stan (who was a witness to this event and posts many of the articles on Robbert’s website, and whose English is better than Robbert’s) to make sure it is essentially correct. NT