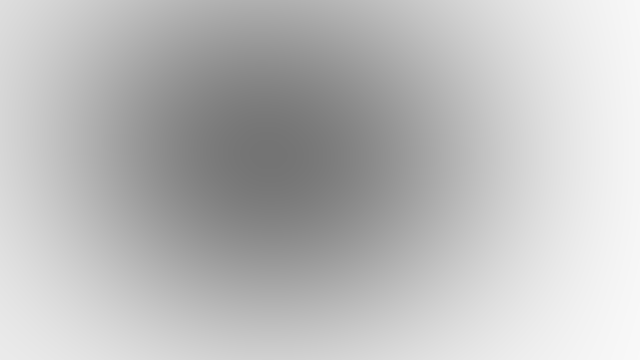 On Friday, February 22, 2013, former US Navy electronics intelligence operative Jef Harvey exposed History Channel’s “UFO Hunters” as a “COINTELPRO situation.” In an exclusive interview the practicing board-certified Pennsylvania nutritionist cited the omission of key facts pertinent to the radio frequency-emitting implant that was removed from his leg in a surgery performed by Dr. Roger Leir during the season one episode three broadcast of “Abductions.”

“UFO Hunters” was an American television series that ran for three seasons on the History Channel inviting audiences to consider how reports of UFOs may be “Hoax or History” (as the show’s tagline alluded). The season one cast included New York Times best-selling author and UFO Magazine publisher William J. Birnes, scuba diver Pat Uskert and mechanical engineer and MIT researcher Ted Acworth.

Jef Harvey describes a radio frequency-emitting implant inside a pouch of flesh that was connected into his nervous system through tendrils during his interview on UFOPM. Photo credit: Jef Harvey

According to one source, the show’s opening theme song “The Only One,” was performed by the band Operator (irony).

In “Abductions” Jef Harvey was portrayed as a contactee seeking closure with what he believes to be an ET implant received during a childhood UFO incident. Tangible evidence for the unusual nature of the object removed surgically from his leg was followed by persistent debunking including the dismissal of radio-frequency emissions detected from the implant before it was removed.

From this now demonstrably false premise, “UFO Hunters” reveals an apparent absence of curiosity regarding Jef Harvey’s unique history as an operative in the Intelligence Center of the USS John F. Kennedy. Their over-the-top omission raises serious questions concerning any conclusions reached through what can now be understood as the show’s evidently biased and un-scientific investigative methodology.

According to Jef Harvey, “UFO Hunters” used the cutting room floor and their editing process to “lie about what really happened.”

Click here to watch “What UFO Hunters Didn’t Tell You About Jef Harvey on UFOPM” on YouTube: “History Channel’s UFO Hunters Season One Episode Three showed the surgical removal of a radio frequency-emitting implant by Dr. Roger Leir from the leg of former U.S. Navy Petty Officer First Class Jef Harvey. UFO Hunters suggested how the implant was a remnant from a UFO encounter. But was it something else? Jef Harvey is the guest on UFOPM for Friday, Feb. 22, 2013, where he explains what the History Channel’s UFO Hunters apparently don’t want you to know.”

The following is a partial transcript of Jef Harvey’s appearance on “UFOPM” from Feb. 22, 2013, where the former U. S. Navy electronics intelligence operative shares important truths overlooked by History Channel’s “UFO Hunters” pertinent to the radio frequency-emitting implant that was removed from his leg in a surgery performed by Dr. Roger Leir during the season one episode three broadcast of “Abductions.”

UFOPM: What was your experience with “UFO Hunters” and what was the part of the story that they left out?

Inside that charcoal-looking piece was a circular area about the size of a BB. That whole thing was sitting inside a pouch of flesh that was connected into my nervous system and into my body through tendrils. It was able to actually take from me whatever kind of nutrients it needed for energy to power itself.

What was interesting is that they covered almost nothing at all about what the real possibilities were of how it got there.

UFOPM: To clarify, the actual object itself is embedded within that chunk of material.

Jef Harvey: That’s correct and that chunk of material was inside of a pouch. One side of the pouch was unbelievably, very hard. The other side was soft. In fact the hard side was so hard if you scraped it with a scalpel you could literally hear it in the room, the noise it made. And that’s not normal when you scrape a piece of tissue that’s internal to the body.

UFOPM: The attachment of flesh to this object was something that was highlighted on the show. They used some type of scanning microscopy to look at the object. They saw that there was tissue attached to it and said during the broadcast this was not normal, that human tissue typically wouldn’t attach itself to something made out of metal. What do you attribute those characteristics to?

Jef Harvey: There’s a lot that didn’t show up on the TV because many of the things that were tested on it afterwards were tested long after that show was done. Like Eagle Research looking into the actual components inside.

It looks like what this is, is a type of bio-nanotech. That’s what it appears to be. But it’s in such an advanced form that it’s not like you see a circuit design in there.

Evidently they used a tunneling microscope. Even at that level, the only thing they could identify was the fact that my DNA tissue was inside and melding with that material, which normally is not the way things go in the body because your body rejects foreign objects. Normally it will encase it in a cyst.

In this case, it was encased in a pouch that was more of a protective pouch which evidently allowed nutrients and energy to be absorbed into the pouch, transferred to the object and then the object would be powered by that to do its transmission work. We don’t know whether or not it was interfacing with the nervous system.

UFOPM: According to this hypothesis the technology being demonstrated by this object demonstrates an advanced understanding of human DNA.

Jef Harvey: Indeed. And the technology that developed something that tiny: if you look at a tiny BB and then think of that BB being inside of a cantaloupe seed, that’s how tiny this was. Extraordinarily small, so it had to be a kind of bio-nanotech to accomplish everything that it was doing.

UFOPM: One of the indicators that something unusual was happening that was shown on “UFO Hunters” was the testing for radio frequency emissions. You have something to say about those tests as well as the conclusions that were reached on the show.

Jef Harvey: That was the funny part. What they didn’t realize was, even though I explained to them that I was in military intelligence, what they didn’t know was my job was electronics. I was an electronics technician in the navy and I worked in the Intelligence Center on the [USS] John F. Kennedy in mission planning. My equipment was in the admiral’s bedroom, cryptography, meteorology, satellite groups, combat information center, the war room and all the other above-top-secret spaces.

When I do a test on something, especially like we did for the “UFO Hunters” series, I did a near-field investigation of the area that I did the test work in to make sure that there were no spurious signals in the area over a period of time and then I tested the device. The device put out terrestrial frequencies that were in the standard police band, which I thought was very interesting. It also put out frequencies that were in deep space-probe bands.

When you would push your finger on the spot on my leg where this device was it would stop transmitting. You could watch it on the frequency counter. It would just stop dead. And when you let go it would wait a few seconds and start transmitting again. We did those tests over and over and over again and I did them in multiple locations. What they didn’t know was I tested this eight ways to Sunday before we got to the filming for the show.

UFOPM: The broadcast portrayed the phenomena of radio frequency detection as some kind of aberrant signal. They said this is probably just some noise in the environment.

Jef Harvey: What they were saying was these were spurious signals. And they were trying to use an MIT counterintelligence operative. Guy’s name was Ted Acworth. His job was to debunk anything that might prove that there’s such a thing as implants or any of that. It was pretty clear to anyone who’s ever been in intelligence what his job was.

His job was to find any excuse to ameliorate the facts that were there in front of you. The bad news is because you didn’t hear, as the viewer of the show, that I was in military intelligence in electronics, there was never any way for what I said to be gauged as something that might possibly override what they were using as disinformation.

When they pulled that piece out, they pulled out a lot of information that lent credibility to what was really going on. In fact, “UFO Hunters” was a disinformation channel designed to debunk any kind of UFO anything.