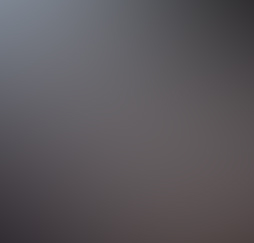 Representatives of the Brazilian Commission of Ufologists (CBU) had been in this friday (20) congregated in Brasilia (DF), the invitation of the Brazilian Aeronautics, to argue the access the private archives and the civil attempt of if establishing a protocol of joint inquiry between our aeronautical authorities and ufologists, with sights to the creation of a commission for this end. The ufologists J. Gevaerd, Marco Petit, Claudeir Covo, Rafael Cury, Fernando Ramalho and Robert Beck, substituting Reginaldo de Athayde, had visited the Center Integrated of Aerial Defense and Control of Air traffic (Cindacta) and Condabra (Command of Brazilian Aerial Defense).

In the occasion the related documents had had access the diverse ufológicas occurrences, proven through photos and depositions, besides knowing the systems of air traffic of such entities. “We had access the solid information and the archives referring the diverse ufológicos cases, as the Operation Plate, the Official Night of the UFOs and more than 110 photos registered for pilots of the First Aerial Command Regional Belém (Pará). In this occasion, we do not analyze with details documents, but we had free access the impressive archives on the subject,” affirms Landmark Antonio Petit.

In accordance with the coordinator of campaign UFO: Freedom of Information Now and publisher of Magazine UFO J. Gevaerd, the representatives of the Aeronautics had been serious, transparent and considerate how much to the claims of the ufologists. “This was a first contact with the officers, new chances will appear and who knows in a next future will be able to establish partnerships to organize research related to Phenomenon UFO. In this meeting we had the conscience of that the Brazilian Aeronautics recognizes the Ufology and the work that the ufologists develop, being a great victory for all we. We will continue with the campaign, but the first step already was given and in briefing we will have new features “, affirmed.

The process of approach with the Brazilian Air Force (BAF) started in passed February, 10 months after the beginning of the campaign. The Aeronautics considered the lawsuit just and demonstrated disposal to talk with Brazilian the Ufological Community, through the Brazilian Commission of Ufologists, that launched the campaign and it kept it so far alive. It confers the opinion of the representatives of the CBU on the done visit to the command of the Aeronautics.

Landmark Antonio Petit – I was impressed with all the archives to which we had access. In one of them it had information on a case that occurred the airplane of the Varig, an exclusive folder of the Operation Plate with more than 130 pages with photos, certifications and documents, beyond images collected for pilots of the First Regional Aerial Command of Belém. It still has diverse referring archives to the registered ufológical events since 1954. It was incredible!

Rafael Cury – I believe that now the Brazilian Ufology reached its maturity, therefore our work was recognized for the official agencies of our country. From now, we intend to establish a partnership between Brazilian the Ufological Community and the Aeronautics to work in set aiming at the scientific clarification of such aerial phenomena. It competes to science clarifying such facts and the ufologists to alert the society and to search new information on the ufological subject.

Claudeir Covo – most interesting it was that all the representatives of the Armed Forces had been very considerate and had shown to credibility and confidence in the work that during years we develop. They had been transparent and they allowed that we had access the impressive documents, penalty that we did not have skillful time to analyze. But this was the first step of that they will come.