A report from the Sophia News Agency dated December 5, 2012, describes how security cameras at a residence in Lom, Bulgaria captured images of a UFO that, according to witnesses, interfered with local electrical power and television transmissions during a three-hour incident. The statement from one witness explained how he was “willing to send the tapes [of the UFO] to the Institute for Space Studies at the Bulgarian Academy of Sciences.”

The flying entity was characterized as a pulsating, form-changing “ball of light” that circled around the yard of one local residence. A senior citizen resting inside the home during this incident explained how she “saw through the window something like a shining fog and felt a sharp pain in my head. I also felt pinned to my bed and was able to get up only after the light disappeared.” 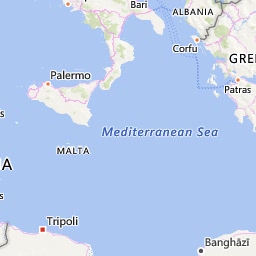 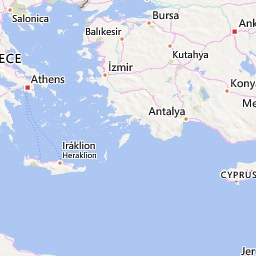 According to their listing on the European Union’s GMES (Global Monitoring for Environment and Security) website, the mission of the Space Research and Technology Institute at the Bulgarian Academy of Sciences (SRTI-BAS) includes “conduct of fundamental and applied studies in the field of Space Physics, Remote Sensing of the Earth and Planets, and Aerospace Systems and Technologies. The priorities of the SRTI-BAS are: Solar-Terrestrial and Space Physics (solar wind, magnetosphere-ionosphere physics, high and middle atmosphere physics, space weather); High-energy astrophysics, galactic space rays; Medico-biological studies, space biotechnologies, heliobiology, telemedicine; Design, development and transfer of methods, instrumentation and technologies for remote sensing of the Earth, regional and global monitoring of the environment and security; Research in the field of obtaining and application of new superhard materials. Development of innovative aerospace instrumentation and technologies, as well as their transfer to economy.”

Lom, Bulgaria is distinguished by one source as “the second most important Bulgarian port on the Danube.” According to an account of local history, the town was originally founded under the name Artanes by the Thracians, an Indo-European people first mentioned in Homer’s “Illiad” as an ally of Troy during the Trojan War.

The story of the Trojan War, considered one of the most important events in Greek mythology, is narrated through classical works of literature including both Homer’s “Illiad” and “Odyssey.”

The story of the “Odyssey” centers on a ten-year journey undertaken by Odysseus while returning to his home in Ithaca after the fall of Troy. The epic includes numerous references to interventions by gods in mortal affairs, displays of supernatural powers and encounters with legendary creatures. One such creature, the Cyclops Polyphemus, is described by Homer as possessing a solitary organ of vision.

In twenty-first century “Top Secret America”, the notion of such a one-sided viewpoint evokes not only the logo of a major commercial news media brand but also the mandate of one intelligence agency whose alphabet acronym can be decrypted as the cipher for a conceptual all-seeing eye.

In other, related news, RT’s Dec. 4, 2012, report on public disclosures offered by NSA whistleblower William Binney was titled (in part) “’Everyone in US under virtual surveillance’,” claiming that the FBI “records the emails of nearly all US citizens, including members of congress [sic].”

This is just one of the top UFO news stories covered on this morning’s UFOAM, a live broadcast over YouTube that also featured a discussion of how recent video of a UFO recorded over Hilo, Hawaii bears a striking resemblance to the “Manta Ray” UFOs taped by Dr. Bruce Cornet flying over Pine Bush, New York.

Click here to watch “UFOAM: Today’s Top UFO News for Dec. 5, 2012,” featuring news of a Bulgarian UFO’s three-hour odyssey captured on security cameras at a residence in the Danube town of Lom.

Website io9.com reported on Dec. 4, 2012, how a giant UFO seen hovering over Hilo, Hawaii, was captured on video. Some details were apparently omitted from publication, including the visual way in which the UFO seen on-camera bears a remarkably strong resemblance to the “Manta Ray” UFOs recorded by Bruce Cornet, Ph.D., over Pine Bush, New York.