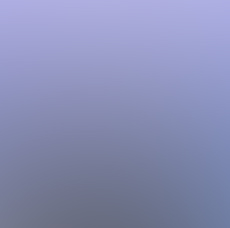 Recently declassified files released by the Ministry of Defence reveal that Winston Churchill may have ordered a UFO sighting to be made secret, and he has been reported as saying at the time “This event should be immediately classified since it would create mass panic amongst the general population and destroy one’s belief in the church.”

The UFO (believed to be triangular in shape) was sighted over the East Coat of England by an RAF reconnaissance plane returning from a mission in France or Germany towards the end of the war.

Apparently, the person who passed on this information was present when Churchill and US General Dwight Eisenhower discussed how to deal with the UFO encounter.

Oddly enough, in February 1954, President Dwight Eisenhower supposedly went “missing” and was taken to Edwards Air force base (at that time known as Muroc Airfield) for a secret meeting with extraterrestrials.

Some have speculated that this was the first of many meetings with different alien races to form an agreement (or “treaty”). The initial meeting is supposed to have taken place with aliens who were “Nordic” in appearance, but the agreement was eventually “signed” with a race called “Alien Greys”

According to Gerald Light, he was one of four people in the delegation accompanying President Eisenhower, the other three being: Franklin Allen (a former reporter with the Hearst Newspapers Group and 80 years old at the time). Dr Edwin Nourse (the first chairman of the Council of Economic Advisors to the President and Cardinal James Francis MacIntyre (who was bishop and head of the Catholic Church in Los Angeles until 1970).

Gerald Light confirmed the “alleged” meeting with extraterrestrials at Edwards Air force base in a letter sent to Meade Layne (the then director of Borderland Sciences Research Associates) on April 16, 1954. In the letter he said “The report is true – devastatingly true!”

Light described the event by saying that during his two day stay at the base he saw “five separate and distinct types of aircraft being studied and handled by our Air Force officials – with the assistance and permission of the Etherians!” Light believed that President Eisenhower was planning to make “an official statement to the country” about one month after his letter was written. But as we know, no such announcement was ever made.

There are other “secondhand” reports that support the possibility of this meeting, many with military connections. They also talk about at least four different alien groups involved in the meetings: The “Nordics”, Alien Greys, a humanoid group with some at least 9 feet tall and a race that were reptilian in nature.

It has been said that the “treaty” was signed with the Alien Greys (who come from a planet in the Constellation of Orion which we call Betelgeuse). The agreement was for both sides not to interfere with each other and that their presence should be kept a secret. Advanced technology would be given in exchange for allowing the Greys to carry out medical examinations on humans (without harming them or leaving any memory of the event) and the monitoring of our development. Although this has been called a “treaty” by many, some have suggested it was a negotiated “surrender”.

Whilst there is no real evidence of the meeting between President Dwight Eisenhower and aliens in 1954, it is certainly an intriguing story that could very well be true. People have often asked how such an event could remain a secret, as many were probably involved in this. But if Greys have the ability to medically examine people without leaving any memory, perhaps they can do the same for certain witnesses?

Triangular UFO’s have become the most common in recent sightings and it is easy to understand why these could be mistaken for modern military aircraft. However, it is most unlikely that these could have been made with the technology available in the 50’s.

As ever, such UFO sightings will remain a mystery, especially if the details are kept a secret. But I am confident the truth will be revealed one day.

OVERCOME YOUR FEARS AND PHOBIAS, IMPROVE YOUR SKILLS,
WITH A HYPNOSIS DOWNLOAD!

Most recent posts by Ian Brockwell

All posts by Ian Brockwell