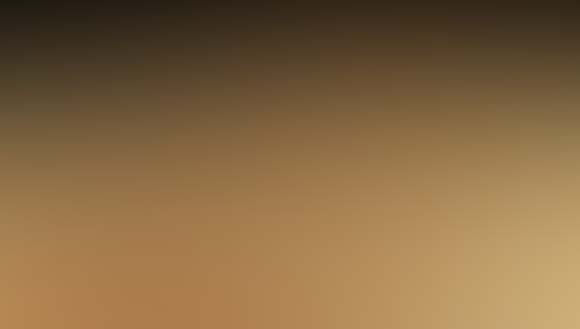 When assessing a new source of information, especially when firm background information on the source is unavailable as in Mr. Goode’s case, the first order of business is a correlation analysis.

Corey Goode’s primary contact, David Wilcox, has done a good job of pointing out areas where Goode’s testimony is “in sync” with his other insider sources. But because those sources (of necessity) must remain unidentified, objective researchers must do their own correlation analysis based on whatever information is available.  In this case, the correlation base will be entirely open source video.  Even with that restriction, the results were more impressive than anticipated.

If the reader hasn’t seen or heard Corey Goode speak, below is a 45-minute interview summarizing his testimony.  When hearing the source’s own voice and reading the subtle clues of body language, every person has their own built-in “lie detector” that we use to protect ourselves from used car salesmen, politicians, and the occasional government disinformation agent.  After watching Mr. Goode’s testimony, if he is a disinformation agent (which unfortunately must be retained as a possibility), he is certainly convincing.

One of the first points of correlation I found with Mr. Goode’s account was with the interview security expert Bill Pawelec held to be released after his death in 2010.  Mr. Pawelec is the notable inventor of the CIA tracking chip, which he devised after the kidnapping of several high-value American assets such as Brigadier General James Dozier in the 1980s.

This directly pertains to Goode’s testimony with respect to the SSPs in that one of the jobs Goode claimed to have performed was working with an ET group to retrieve Earth humans taken off planet as slave labor by one of the cabals.  Goode claimed they were “tagged” somehow, which expedited their rescues.

In the interview below, Pawelec at 10:00 talks about a secret government bureaucrat ordering 2 billion tracking microchips.   It is a possibility that “at-risk” third world populations have been tagged during a SSP “vaccination program” of sorts, knowing some of them would be taken to the off world slave colonies Goode described.  Pawelec also gives his views of the makeup of these Cabal power groups at 24:00.

Goode says the SSP faction he worked with are sometimes referred to as Solar Warden and fly “outdated” cigar or cylinder spacecraft, in that they are over a decade old and other SSP factions have been updating their technology continuously. He says Solar Warden has been making increasingly close fly-bys of the ISS to pressure the secret Earth governments toward Disclosure.  Here are two interesting videos that may record such flybys.

One of the most interesting correlations is with respect to Goode’s testimony of an increasing number of “moon to Jupiter-sized” spheres reportedly entering the solar system to enforce a quarantine against meddling ET races.

Here is an extremely clear video from NASA’s SOHO solar observatory of a Saturn-sized sphere connecting to the sun by some sort of coronal siphon, then rocketing off into space.   As a space aficionado since childhood, the author can attest that this is NOT a coronal mass ejection, solar filament, or other natural phenomena.  This is an extraordinary correlation, and probably the closest thing we will get to proof of Mr. Goode’s story.

Goode said the first things the Sphere Beings did when they arrived was start bombarding the Earth with apparently harmless but intense pillars of light.  These events made the international “bizarre news” in 2014.

The first video is notable for being taken by a professional photographer and his testimony backed up by the flight crew and recounted to recognized international journalists.   The next video shows a pillar of light briefly recorded from the ISS before the feed was cut, which is becoming something of a “stamp of authenticity” when unexpected astronomical events occur. The third video is a montage of photographs purporting to record the pillar of light phenomena from ground level. It should be noted that while some of the photos appear suspect, the majority do appear to record a real event.

Goode says the “eggheads” in the SSPs were very perplexed by these “pillar of light” events, because the beams were not directed at human or ET underground bases, nor at the known Earth energy grid intersections.

One conjectural possibility is that if underground bases are powered by building them at energy grid locations, it is possible the Sphere Beings are attempting to alter the energy grid to cut off the power to hostile ET and human bases.  This could be compared yo the police cutting the power in a hostage situation to pressure negotiations.

Goode said the next thing the Sphere Beings did was set up two energy barriers, one around Earth to prevent space or portal travel off world, and the other to prevent anyone inside the extended solar system from leaving and visa versa.

Goode said a number of human Cabal types attempted to flee Earth despite being warned and their ships were disabled after impacting against the barrier.  He also said these advanced Cabal ships consisted of a small passenger compartment that would be mated with several types of “flight modules” depending on the mission.  “Flown into them” were the words he used.  Or flown away from them like an escape pod in this case.

Goode said that the most powerful Earth SSP faction is called Dark Fleet, which uses a mixture of advanced human and ET technology to conduct operations mostly outside of our solar system.

Interestingly, Goode claims the blockade went into place right after most of the Dark Fleet left the solar system on a massed mission.  He describes the Dark Fleet ships as “pumpkin seed” shaped.

In May 2015, numerous residents of San Diego called the NBC affiliate to report a UFO over the Mission Hills area.   The TV station sent a film crew who caught and  recorded the truly extraordinary UFO video linked below.

When shown the footage, Goode commented that yes, it appeared to be a Dark Fleet ship, but for it to appear uncloaked at low altitude it either wanted to be seen, or was a hologram.

A great many naval officers live in Mission Hills, so if this UFO was indeed a Dark Fleet vessel or hologram thereof it could be theorized that this ship trapped inside the quarantine barrier may have been conducting a show of force for the Earthbound military officers below to unknown ends.

A highly significant event Goode reported was an attack by Solar Warden on one of the other faction’s bases on Mars.  Goode reported that the Sphere Beings were extremely displeased, saying there were over 100,000 human slaves on that base who were also killed.

Interestingly, 30 minutes before the attack, NASA shut down the cameras on the Mars Orbiter.  But the Indian Space Agency did not, and their Mars Orbiter took the photograph reported below.

Solar Warden was reportedly told by the Sphere Beings to refrain from lethal force thereafter except to enforce the quarantine.  This was another highly unusual event, which was immediately countered by the usual “government experts” with somewhat implausible “dust devil” explanations.

Like the cutting of the ISS feed, when the government and the media (but I repeat myself) trot out the “Venus and swamp gas” experts to quash an inconvenient video, it serves as a signal flare of importance to the practiced observer.

In July, Goode reported a meeting took place “in a Midwestern US city” between Solar Warden and the “royals” of a hostile ET group trapped here on Earth by the quarantine.  This very unusual sighting took place in the same time frame.  Note the intricate details on the cube and the witness’s comment about a “palpable sense of evil.”   In the author’s recollection, this configuration is unique and lends credence to the possibility that the craft may have conveyed “special” passengers.

Goode says that Russian President Vladimir Putin is drawing a hard line against the European-centric Cabal and any ET visitors associated with them.

This video showing a cube-shaped UFO shot down over St. Petersburg was taken less than a week after the El Paso video.  Note the energy influence on the cube before it suddenly smokes and drops.   This is highly characteristic of a laser-based weapon system.  The reader can find several videos of similar unclassified laser weapons under test with a casual search.  If this video is a fake, it was at least well researched.

A second correlation is coincidence.

A third correlation is evidence.

In spite of limiting the correlation base to open source material, several interesting correlations are revealed, many taking place after Mr. Goode’s statements and therefore clearly not a piecing together of unusual current events to bolster his story.

The full testimony of Corey Goode can be found at:

Ryan Jones is an engineer and the author of the novels Datashark, Specters, and Final Security.  He works in competitive research for a Fortune 500 company.