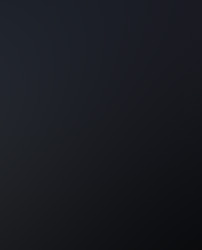 There are many thoughts, fears and theories regarding the unknown and unfathomable night creatures that stalk the imaginations of children and adults. Sleeping doesn’t always ease such fears because there seems to be a borderless and a boundless oversight that allows them into our dreams turning flights of fancy into sinister nightmares. Stories are seemingly endless throughout history and it is for this very reason, legendary and narrative tales stay alive and keep us on our toes, scared, paranoid of our own shadows and distrustful of the nighttime’s serenading intrusion into our psyche.

The owl has become synonymous to the Alien agenda and it is believed to have the insight that foretells of imminent death or danger. They represent the oxymoron mentality of peoples irrational fears placed on a precognitive winged effigy. For many people, owls represent the mystical and intuitive aspect of their lives thus becoming their animal totems. They represent the wise ones, those who see beyond the veil, the cogitative old souls. As humans, we tend to have a cognitive dissonance when it comes to animal totems because while they are seen as helpers or spirit guides, they can also epitomize the very things that scare the bejeebies out of us.

Teeth with a deep, guttural, gut wrenching growl that resonates in the ears of a trembling soul, who with that horrid dread knows it’s the targeted victim, plays out in Syfy movies time and time again. So how can anybody who has seen such movies (including myself) go hiking or camping with no thought of such creatures crossing their minds? Pretty much, it’s not going to happen because in the darkest crevices of our imaginations such creatures lurk and prowl … waiting with the patience of a surreal predator for the perfect moment when it’s prey relaxes and let’s its guard down.

Sometimes there is a truce to the precarious hazards of the forest, its dark shadows and those sounds that make the hair on the back of our necks rise up. I tend to get Spock ears when danger feels nearby. (If my ears got any pointier, I could give Dogman a run for his money.) We all react different to imminent danger but I think it’s important to understand that just because we might be in the forest, doesn’t mean we are separated from Mother Nature herself because we don’t live there. We separate ourselves because it’s easier to surround ourselves with false security. Our doors, walls and high tech gadgets give us peace of mind only in regards to other humans. But what if a Cryptid ventured into our neighborhood? Would the windows, doors or walls matter if they wanted in?

For the most part, there haven’t been many stories told of this happening outside of scary movies. There have been around 114 werewolf, 70 Sasquatch and 12 Mothman movies made to date which doesn’t include the Skinwalker ranch story because it partly objectified the Alien theme. Something that is evident in all these movies is the fact that the human psyche wants definitive proof that these unnatural forces really only exist in movies and not in their everyday reality. The nonbeliever can justify their skepticism by the multitude of movies made about fantastical creatures because skeptics tend to see the world with a preferred narrow view. But what if these creatures do exist and what if there are those who not only know they exist but can communicate with them?

Native Americans understood how important it was to live off the land and coexist with those creatures around them. There is a mindset that has pervaded their generations to this day, resulting in an understanding that hasn’t faltered since its beginning avowal. Walking a path and understanding that it is the community marker for all creatures who live in the vicinity is vital. There’s something to be said for being aware of ones senses. I wouldn’t camp in a place where the darkness didn’t allow light in; especially if the trees spoke in an ominous wave with the branches creaking and moaning, “Beware.” If the birds were silent and if the air smelt of fear mingled with a deafening dread that warns of an impending doom, I would leave. Perhaps camping in the dining room of something’s preferred route of prowling, isn’t a good thing. The gut wrenching feeling that says, get out of there is one feeling or instinct that you should never take too lightly.

Last year I experienced one such excursion with my fiancé Michael that left me with a different outlook on Cryptids, Dogman to be specific. It was August or September of 2014 about late morning. We were in the Sandia Mountains in New Mexico doing vortex photography. We parked our car at a trail head that was a close enough walk towards the top of Sandia Peak.

I stepped up on some rocks by the car and lost my balance, so in order not to fall off; I used my arms, waving them up and down trying to regain my balance. Unbeknownst to me, there was a brown bear that was directly in front of me hiding in some bushes because we heard him turn on his haunches and start to run away from us. I could see for a split second that his back end was massive. We heard him go through the brush with branches cracking left and right. I was shocked and saddened that I didn’t get a better look and amazed at how camouflaged he was.

We both stood there for a moment trying to see if anything else was around us when all of a sudden; I saw a very tall, grey looking backpacker walking along a path that was very close to where the brown bear was. As I watched him, I realized that he had to be a very tall person because his stride was strange, almost like he was gliding with his back bent over in an odd angle. I knew that a person couldn’t walk as fast as he did and I knew the body was disproportionate to a person’s body.

Michael and I both knew at the same moment that I wasn’t looking at a backpacker or hiker but a Dogman. I initially thought it was a backpacker because of the size of its back which looked massive. We walked over to the path and instantly felt a warning in our guts from this creature not to go any further. I also could smell something different in the air. Not the horrible smell people connect with Dogman but something else, more like static electricity in the air. Sometimes when I worked with cattle I could smell it in the air and for some strange reason, this particular time, I could smell it in the air as well. I couldn’t see this creature anymore and I was amazed at the distance it went within a minute or two.

About 7 months later, the image of what I believe was this particular Dogman entered my mind out of the blue and he conveyed to me that his name was Tulack. Before anyone rolls their eyes at this crazy statement, I wasn’t thinking about him and quite frankly was in the middle of  another research project. I have since written down the information that Tulack decided to reveal to me regarding his species but I’ll leave that for another time.

It’s been almost a year from this experience and I have come to understand that not all Cryptids want altercations with humans. I also realized that it makes sense that certain Cryptids such as Dogman would be hanging with other animals not as sport or to eat them but for companionship. Even the singular beasts in the forest crave what every human does, companionship. In this, we are all the same.

As I look beyond the forest, I can feel the ushered silence of the night’s approaching darkness. It first arrives in the mind of people’s obsessive pursuit into the unknown and its minions. Are butterflies, dragonflies and squirrels or raccoons aware of such ominous creatures? How does Mother Nature feel about such creatures being apart of her identity? Perhaps all creatures are welcome under her shroud of tolerance but perhaps with a hesitant acceptance. Ultimately, we can’t ignore her warnings, telling us where such creatures lurk and reside.

The paranormal alliance with Cryptids is an invisible line drawn in the ground and for those people who go out camping or hiking who don’t even know to look for its significance or edict, the blurry realm of  consequence awaits.  Humanity is not responsible for such creature’s inclinations but we are responsible to ourselves and our connection to earth’s resonance and vivaciousness. Wide open spaces don’t necessarily mean they are conducive as a playground anymore than our living rooms are made for football.

If we can tread lightly on the paths that signify the migratory impulses of a multitude of animals, listening for their unique calling and inflections than I think we can coexist with a mutual respect that borderlines caution. Mother Nature’s apathetic nature reminds us of our place in the existence of every animal or creature living on her. Sometimes what she keeps hidden is best left alone but it’s in human nature to seek out the unknowable. Truth shines more brightly in the darkest of places because in the end, what guards it, transcends any limitations that compromises our ability as humans to tell tall tales or bare witness to those legendary tales that just might be based on fact.