UFODigest.com » Science » Evolution » THE BELLYACHE OF BEING AN RHD 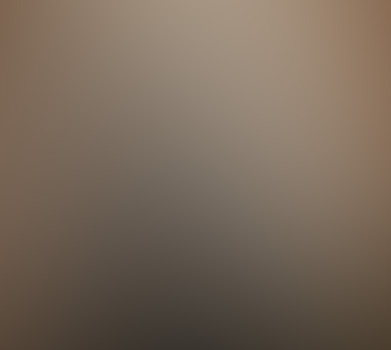 The RHd factor is something that confuses me to no end and seems to be apart of me, thanks to my mother or so I’m told.  Funny how my sisters used to tease me and tell me I had monkey’s blood coursing through my veins. Little did they know that monkeys actually did play a part in the history of what I call, “blood science.” I was mercilessly teased and told I had the negative blood because I was the unlucky one and they got the good and positive blood from Dad because they were the “chosen” ones. I just wanted to be like them and I felt that I was given a bum rap from God, my Mom and the world.

I was the third child so I was the one that had the potential to be a problem pregnancy for my mom. My mom had to have the anti-D injections in order for her body not to reject me. Unfortunately at birth, I had to have blood transfusions through my heels in order for me to survive. When my father was told the transfusions weren’t working, he told the doctors to do another transfusion and lucky for me, as they say, “third times the charm.”

It didn’t help that I was born with an explanation mark on my forehead. I had this pink weird blob of a mark that slowly faded away, thank God by the time I was 12 years old. My negative blood type, the birth mark, multiple abductions and the paranormal all became a weighted albatross on my shoulders that I carried around for years. It got heavier, link by link because of all the misunderstandings regarding what my blood type really resulted from and the abduction phenomenon that seemed to skip my sisters and zero in on me or so it seemed at the time.

For many years I thought I was handicapped or that I was medically below par because my blood wasn’t like the positive blood types like my sisters. There were many differences between us as we were growing up. I would drink water like I was a dried up prune. It didn’t stop at night either because I would wake up two or three times a night to quench my thirst. On average even to this day, I drink equivalent to 2 or more gallons of water a day.

On the opposite side of this unusual characteristic, is my fear of large bodies of water like oceans or big lakes.  I was in Hawaii years ago and I was sitting at a restaurant, smelling the ocean air when all of a sudden I went into a sort of trance like state and I told the friend I was with that the restaurant we were in was going to eventually be underwater. In my vision, I saw a huge tidal wave traveling at a high rate of speed coming towards the restaurant.  I heard its roar and remembered the smell of seaweed and fish hitting my nostrils within an instant. The unpleasant smell made me queasy. I turned to look at him and he looked back at me strangely, laughing because he thought I had gone nuts. It was all I could do to keep myself from getting up, right then and there, and run back to my hotel, pack my clothes and get on the next plane out of there. Many people like water all around them and I find it frightful. I’m literally an oxymoron of what you would call, a fish out of water due to the amount of water I drink and my fear of being in water. I must have been on the Titanic because you will never find me on a cruise ship.

Through out my elementary school years, I had skin rashes beyond any other student in school history. I might be exaggerating here a bit but not by much. My sisters hardly ever had rashes so once again I felt like the negative blood was the culprit. The third grade was the tipping point because I was always at the doctor’s office for strange rashes that would appear out of nowhere. They usually were around my ankles and up my calves and as I got older around my armpits. I had a strange wart that appeared literally over night by my front right shoulder. When my Dad would put iodine on it, my middle sister would tease me saying iodine was monkey’s blood. I cried and declared I didn’t want it on me and of course got into trouble. My sister just smiled at me from afar and all I wanted to do at that moment was punch her. The doctor had to freeze it twice in order for it to go away. That was an ordeal for me because I was getting tired of things appearing on my body for no apparent reason.

I don’t like to sunbathe either and I find it odd that people want to do this. Is this apart of being an RHd type or is it just me being a bit odd? I crave the sun but I usually don’t like to be within its reach. I must admit there actually was one time I ended up seeking the rays of the sun to heal me. One early summer, I came back from Egypt in 1992 and unbeknownst to me, I brought back a “vampiric stow away” that was literally sucking the life force out of me. I did a Vision Quest in Taos that summer with Medicine Man, Thomas One Wolf and ended up lying in the sun for the 3 days inadvertently by instinct alone. I slept like I had never slept before but even more importantly; I got the sense that the sun would heal me. I also feel my blood type had something to do with this revelation. I can’t prove it; all I know is that I felt it in my gut.

Empathic abilities seem to come with the territory but it seems being psychic can be an almost human trait, one that connects us to our surroundings. How disconnected people are can be seen in how little they see beyond the ordinary and the mundane. Children growing up with RHd seem to have an open invitation policy regarding the supernatural and the high strangeness beyond the veil. I was told by my sisters that on numerous occasions, I would wake up screaming and crying as a child late at night. From my parents perspective they thought I was having “religious visions.” I would also sleep walk as if guided by some unseen force. I guess it’s easier to pull religious beliefs into something that is unimaginable and frightening. Nothing can prepare a human for nightly visitations but when a child is dealing with the darkness and its minions, night terrors become the norm, allowing no escape. Yet interestingly enough from what I can remember, the outbursts and releasing of pent up phobias, tangled in the pit of my aching stomach became a repetitive routine. The bottom line is, as humans the blood running through our veins is all the same to our black eyed friends.

A self derisory mind set with an indulging paranoia was the biggest difference between my sisters and me. I didn’t add up in my reflection of self doubt especially since I was conveniently my own enabler, the purveyor of my own insecurities. My sisters had friends while I had fear that was a constant companion through out the day. My peers sensed something was a little off with me which didn’t help me make friends. The little black eyed acquaintances like it best when isolation becomes more comfortable then companionship. Do they mindmeld contantees with some weird palpable psyops?

Does having a negative blood type allow for constant contact with the unknowable? We can see what others can’t without really trying, it’s a double edged sword that cuts both ways leaving scars no matter what we do in order to hide the encounters or to openly reveal them. The aces up our sleeves can’t help us if we don’t know or understand the hidden truths of coded messages, images of disturbing realities or the schools of thought that teach alien ideologies and knowledge.

I remember reading that I had more blue in my blood because I had more copper. It didn’t seem right but it sounded good and I had hoped for some odd reason that there might be a little truth to this tale. If this meant I was not all human or perhaps a hybrid of some sorts then that was just fine with me. But with so many rumors out about what the negative blood factions are, how far a person is willing to go to find the truth just depends on the amount of fiction or syfy there is and how eager they are to sift through the rhetoric. Allegory’s sometimes are much more fun to believe in then the truth.

The building blocks of our humanity should be more important than what is reflecting back to the masses in the tabloids and TV shows or commercials Society seems to be so transfixed on outer beauty and this is by no mistake. It’s easier to keep the masses from focusing on what really matters, because while a few people think having a purpose is the real key to fulfillment, identity is the one stimulus that humans gravitate to the most. As an RHd person, I have always wondered what was in me that made me tick. How does it all work to make me wake up each day and think, speak, feel and walk. If I’m made up of energy, do I need my body? Does the blood type that runs through my veins really matter?

In the end I have found that what little conclusions or understandings I have achieved or come to don’t add up to much of anything. One thing that has changed, is now I embrace my differences and bask in my own novelty, allowing myself to be just me. What matters is who I am at the end of the day and if I’m a better person for it. Adding in, the RHd just makes life a little more interesting but the funny thing is, I really wouldn’t change a thing about my past … except for believing my sisters and literally thinking I had monkey’s blood!