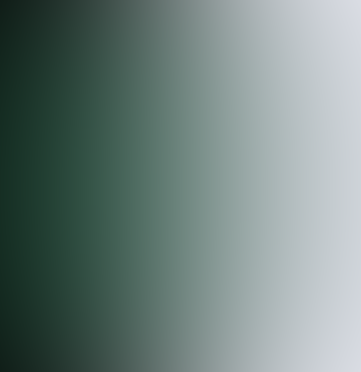 The following transcript shows a highlight from the ABC News exclusive video of the 2006 Miramar College science camp attended by James Holmes along with unconscious communications detected in his onstage remarks. In the highlight, Mr. Holmes reportedly describes his mentor’s shared interest in studying themes of fantasy versus reality.

Secret Message: Victims he shoots. Their stupid fantasy gets us high.

In his comments to the press, Vancouver-based Speech Analyst Jon Kelly stated that “Unconscious communications that describe a person’s dream and fantasy life can be detected by mirroring the audio signal from human voice recordings. In this case, the unconscious sequentially associates violent fantasies with chemical changes in the brain resulting in feelings similar to what people report when using psychotropic substances.”

The open source analytic methodology used in detecting the secret messages of Colorado shooting suspect James Holmes reflected a graph of his digitally sampled speech across the Y axis, enabling audio playback and monitoring in reverse. The messages detected through this procedure are formed by unconscious processes related to sleep talking and Freudian slips.

These communications have been shown to repeatedly provide involuntary disclosures that reveal hidden contents of the speaker’s unconscious mind. Examiner.com has previously reported how such analysis has proven effective in the gathering of intelligence for military, political, forensic, clinical and UFO Disclosure applications.

Examiner.com has also reported how Vancouver-based investigative research studying the detection of secret messages encrypted backwards within the human voice fulfills legacy demands from the scientific community for an advanced technique of UFO witness interrogation.

Eminent researcher and US government UFO scientist Dr. J. Allen Hynek wrote in his book The UFO Experience – A Scientific Inquiry how “[The 1960’s US Air Force Project] Blue Book was a “cover-up” to the extent that the assigned problem was glossed over for one reason or another. In my many years association with Blue Book, I do not recall ever one serious discussion of methodology, of improving the process of data gathering or of techniques of comprehensive interrogation of witnesses.”

The method used in the independent James Holmes 2006 Miramar College science camp video study complies with the standards and results of a published work in which human listeners monitored speech sounds that had been subject to various degrees of mirror filtering in order to measure their relative intelligibility under highly filtered conditions.

Commenting on the results of this study, Britain’s prestigious Royal Society noted how “It is remarkable that speech remains reasonably intelligible even under conditions of extreme distortion, such as … time reversal of segments of speech (Saberi & Perrott 1999)” – Brian C.J. Moore, “Basic auditory processes involved in the analysis of speech sounds”, (Phil. Trans. R. Soc. B12 March 2008 vol. 363 no. 1493 947-963)

The authors of the study told Nature, one of the premier publications in science, how “We have studied the intelligibility of speech, and find it is resistant to time reversal of local segments of a spoken sentence” – Kourosh Saberi and David R. Perrott, “Cognitive restoration of reversed speech”, (Nature398 (29 April 1999) 760).

One of the authors, distinguished University of California, Irvine Professor of Cognitive Sciences Kourosh Saberi even went so far as to state how “Speech is a multidimensional stimulus. There are different ways you can extract a message from it.”

Story continues in the Vancouver UFO Examiner for Examiner.com (http://www.examiner.com/article/colorado-suspect-s-secret-messages-describe-victim-shooting-fantasy)