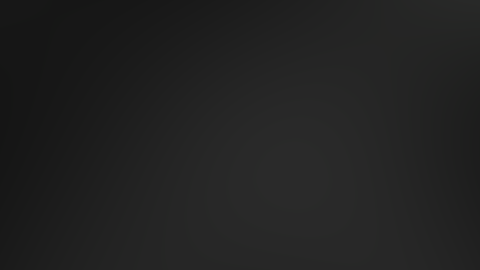 A new video published to YouTube on June 18, 2014, purports to reveal alien origins behind what the Atlantic magazine recently cited as a 1947 UFO incident that “introduced the world to flying saucers.” The exclusive video report filters pilot Kenneth Arnold’s spoken witness testimony through a lossless digital audio mirror to demonstrate an unconscious sleep talking-like narrative indicating contact with “alien UFOs” during three separate interviews recorded over a thirty year period.

This new evidence emerges near the 67th anniversary of the culture-defining flight that would fuel a national media sensation. It also authenticates the pilot’s testimony in the absence of any photographic or other instrumental record while responding to the call from legacy UFO scientists demanding improved methods of witness interrogation. In his evaluation of Project Blue Book as an attempt by the United States Air Force to cover up valid phenomena, astronomer and former United States government UFO scientist Dr. J. Allen Hynek cited the absence of any Blue Book-improved method of comprehensive witness interrogation.

His critique suggests how Dr. Hynek envisioned possible witness testimony rich in additional details being overlooked by investigators intent upon enforcing an official doctrine of ignorance and denial regarding the existence of UFOs (along with their accompanying implications of intelligent operators). Evidence of such doctrine can be found in the Durant Report from the CIA Robertson Panel of 1953 which recommended a policy of public smear campaigns targeting individuals claiming UFO sightings and extraterrestrial contact.

Click here to watch “Decrypting Kenneth Arnold’s Aliens”: “Produced by a veteran Mt. Adams wilderness region UFO videographer and internationally acclaimed speech analyst, this video takes an unprecedented look at how, in the absence of any photographic or other instrumental evidence gathered in support of Kenneth Arnold’s personal UFO narrative, the authenticity of this case can be established using lossless digital mirror filtering that allows observers to study audible reflections of unconscious sleep talking-like communications.”

On June 24, 1947, private aircraft operator Kenneth Arnold told staff at an air strip in Yakima, Washington, how he saw nine supersonic UFOs traveling in formation between Mt. Rainer and Mt. Adams earlier that afternoon. He would participate in a number of subsequent media interviews over a period of thirty years, of which at least three are available online. The new video draws from his June 26, 1947, KWRC radio interview, a May, 1949, CBS Radio Special Report along with on-camera statements reportedly offered during the June 24, 1977, First International UFO Congress in Chicago.

The video subjects these recordings of Kenneth Arnold’s spoken testimony to lossless digital mirror filtering whereby portions of the audio reveal apparently intelligible phrases encrypted backwards within his speech. It is a matter of public record that this innovative analytic procedure (popularized through late-night talk radio during the 1990’s) has revealed the signatures of unconscious sleep talking-like communications disclosing verifiably factual information characterized by military, forensic and clinical precision that anticipated details of the Iraq War, identified the BTK Killer and disclosed Edward Snowden’s UFOs.

The following partial transcript of Kenneth Arnold’s three interviews describing the events of June 24, 1947, has been edited for clarity.

Kenneth Arnold (1947): As I kept looking at them I kept looking for their tails. They didn’t have any tails. I thought, well, maybe something’s wrong with my eyes. I turned the plane around and opened the window and looked out the window and sure enough I couldn’t find any tails on them. The whole observation of these particular ships didn’t last more than about two and a half minutes. I could see them only plainly when they seemed to tip their wing (or whatever it was) and the sun flashed on them.

Kenneth Arnold (1947): They looked something like a pie plate that was cut in half with sort of a convex triangle in the rear. I thought that maybe they’re jet planes with just the tails painted green or brown and didn’t think too much of it but kept on watching them. They didn’t fly in the conventional formation that’s taught in our army. They seemed to weave in and out right above the mountain tops. I would say that they even went down into the canyons in several instances probably 100 feet.

Kenneth Arnold (1949): They passed almost directly in front of me but at a distance of about 23 miles (which is not very great in the air). I judged the wingspan to be at least 100 feet across. The sighting did not particularly disturb me at the time except that I had never seen planes of that type.

Kenneth Arnold (1977): Right here we’ve seen something. I’ve seen something. Hundreds of pilots have seen something in the skies. We have dutifully reported these things. And we have to have 15 million witnesses before anybody is going to look into the problem seriously? Why this is utterly fantastic. This is more fantastic than flying saucers or people from Venus or anything as far as I’m concerned.

Three recurring incidents of any event can invoke notions of planned intelligent actions. Presidential Medal of Freedom recipient Norman Mineta has illustrated his personal plan-detecting methodology by citing the rule of three on a number of occasions as expressed in the maxim “omne trium perfectum” (Latin: “Everything that comes in groups of three is complete”).

By such a Mineta standard it can be understood that multiple incidents of the term “alien” encrypted backwards within the recorded spoken testimony of pilot and UFO witness Kenneth Arnold over a 30-year period are no accident and not simply a pattern but are in fact indicative of planned communications leading to the unfoldment of human consciousness and the integration of modern civilization with a larger cosmic society.

The publication of new evidence in support of pilot Kenneth Arnold’s 1947 UFO claims provides new and unprecedented insight into a case that has evidenced the power of terrestrial media to capture the public imagination (in what has now become a meme-driven online environment). Concurrently, reported secret messages describing aliens and UFOs appear to contradict orthodox notions of time both in the production of backwards real-time encryption and in transmitting acronyms that would not be formalized until the next decade, years after their appearance in the 1947 KWRC radio interview.

While scientists including Professor & Associate Dean for Research and Graduate Studies at the UC Irvine School of Social Sciences Kourosh Saberi acknowledge human speech as a multidimensional stimulus, there is presently no published neurological theory that explains the existence of these communications as native to brain performance in human speech behavior. The messages also appear in defiance of the arrow of time as defined by physics, in which time and all time-dependent events flow in one direction only, from past to present to future. The notion of a past which itself originates from the future appears to evade such discussions.

And if the term UFO was officially created in 1953 by the United States Air Force, how does it appear in the secret messages of a 1947 radio broadcast? Does this observation only represent wishful thinking and bias on the part of the observer or does it simply provide further evidence of time-independent functions of the human brain in which the past, present and future are all perceived as elements of a singular continuum?

The filtering procedure used to mirror Kenneth Arnold’s spoken testimony has been cited above for its power to forecast future events. Perhaps the apparently time-independent nature of these communications lend themselves best to revealing information that resides beyond the horizon of conventional human time perception, disclosing now-common acronyms that would not come into usage until six years later.