UFODigest.com » UFO News » GHOST BY THE ROAD … A TRUE STORY 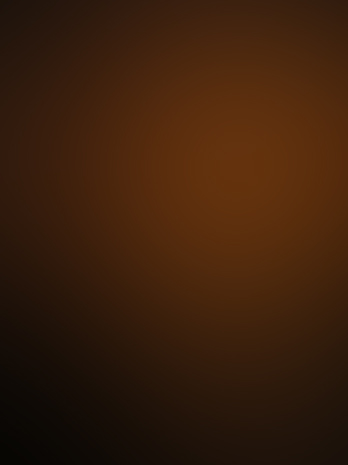 Ghost by the Road …A True Story

Many years ago, probably in the autumn of 1969, I was driving with my wife and another couple in my 1965 Ford Econoline van somewhere in rural western Massachusetts.  I can’t recall where we’d been, probably on some weekend recreational outing, but I do recall we were returning to our homes in the Boston area. It was probably between 9:00 and 10:00 PM, very dark, with no moon.

Driving along the deserted two-lane road, I suddenly noticed a large middle-aged man lying on his stomach across the right shoulder, facing the road.  As I drove by at about 40 miles per hour, he tried to raise himself using his left arm, and waved his right arm above his head as if gesturing for help.  His dark clothing appeared ragged and soiled, and he seemed to be in severe distress.  His restricted movements and facial expression suggested to me that he was seriously injured, and in substantial pain.

As I braked to stop, I asked my male companion who was seated in the passenger seat whether he’d seen what I’d seen.  He said he had not.  I hastily parked the van on the shoulder of the rural road, and we both leaped out and ran back along the shoulder toward where I’d seen the man.

The shoulder was not very wide along that stretch of road, and there was a deep gravel embankment that dropped steeply off the road, down about twenty meters into a broad, flat brush and wooded area below. There was no significant vegetation on the shoulder or the embankment below it, and no other apparent place near our location where a person could have hidden.  The embankment looked pretty treacherous to me, it seemed to me that it would have been no simple matter to move up, down, or along it.

We reached what I thought was the place where I’d seen the man lying on the shoulder, I recall being quite confident that I’d gotten it right, but we found nobody there. Then, as we looked back behind us, we saw that apparently this same man had somehow gotten between us and our parked van. He was about half way between us and the van and running back toward it, away from us.

Fearing for the safety of the two women still in the van, my friend and I both ran back toward the parked van as fast as we could, following the running man from behind.  We were running much faster than the mysterious man was moving, he still seemed somehow in poor physical condition, and we reached him just as all three of us converged on the parked van.

I was shouting at the man to stop, but he made no sound that I can recall.  I did not even hear sounds of his feet on the road shoulder.  As I was just about to leap on the man to tackle him from behind, he abruptly veered to the right, over the edge of the very steep embankment, but extremely oddly, he did not go down the embankment.  Rather, he appeared to float off the shoulder into the air over the embankment, briefly, rising slightly.  Then he seemed to shrink abruptly and vanish, as if collapsing.

This end to the chase transpired in just a second or two. We could neither see nor hear any further trace of the man, and I recall thinking in astonishment at the moment that there was no way he could simply have disappeared from our view.

The women in the van were oblivious to the goings on.  They had been talking and were unaware of why we had stopped along the road and run out of the van, and they reported they had seen nothing, despite that there were windows in the rear of the van next to where they had been seated, which looked directly out onto the scene of the encounter. That surely seemed very odd to me at the time, and it still does.  My male friend and I compared notes, and we both recalled seeing exactly the same bizarre sequence of events transpire.

There were no residences or other buildings near the place along the road where we’d stopped.  We left very quickly and drove several miles to the first house we could find, where we stopped and asked to use their telephone to call the police. The area police told me that they could offer no explanation at all for the incident, that there were no missing persons reported, no penal or mental institutions were in that area, nor any other sort of unusual activity that might explain it.

Only upon later reflection did it occur to me that I’d almost certainly come upon a ghost.  Actually, that’s another sort’a strange epilogue.  I can’t recall the exact circumstances, but probably about five years ago, during idle conversation a very close friend and colleague inquired whether I’d ever seen a ghost. I said “no.”  He furrowed his brow a bit, and asked me whether I was really sure about that.  I told him that at least I couldn’t recall having seen anything I recognized to be a ghost.

Then he told me a brief story of his experience when he’d seen and spoken with someone who he was absolutely certain had been quite a long distance away, half way around the world or so, from where the two had run across each other. Only then did the story of the strange man lying along the road come back to my mind, and only then did I finally realize what I’d evidently encountered there that night.

This friend and colleague is a very scientific, logical and a careful observer and reporter.  This question of his to me about ghosts was way out of character for him.  In retrospect I wonder if there’s more to that question than he has told me yet.  Was I the one he’d encountered where he knew I wasn’t?

Or something else?  Some day when the mood seems right, I’ll ask him to revisit that topic for me.

I last amended the above text on December 24, 2003. After that, not quite a year later, I had the opportunity to ask my friend about his ghost inquiry.  He told me the identity of the doppelganger in question was private, and he would prefer not to identify that person to me.  I assured him that would be fine with me, but I did want to know from him whether that individual was myself.  He then assured me that it was not me.

Sadly, that was the last we ever met.  About a year ago, on a motorcycle trip from his home in the San Francisco Bay area of California to a motorcycle rally event several states to the east, my good friend died in a solo motorcycle crash. No one witnessed the accident, but evidently it happened after dark when he failed to negotiate a curve in the road, flew at high speed over the edge of a steep embankment, and died on impact at the bottom of it, a long way down.

I haven’t yet visited this accident site, but everything I can learn about it seems very similar to the situation I describe in my true ghost story above.  My ghost encounter occurred probably only a few months after I’d first met this long-term friend in Palo Alto, California, during the summer of 1969. And of course, the ghost encounter was on the other side of the North American continent from where my friend eventually died.

Could it have been him?  Yes, perhaps.  I caught only a brief glimpse at the ghost’s face as I drove past at ordinary road speed, so I can’t recall much of that image.  After that all I saw of the ghost was from behind, and I do recall that image pretty well.  And indeed, the ghost was tall and lanky, just as my friend was, and the ghost seemed to be an older middle age individual, again just as my friend was when he died.

Click the link below to view a current Roadside Ghost video:

Click the link below to see 5 of the most chilling CCD-TV videos of ghosts and poltergeist activity ever recorded: