UFODigest.com » Aliens and UFOs » GREYS HAVE KIDNAPPED THOUSANDS OF CHILDREN AND ADULTS 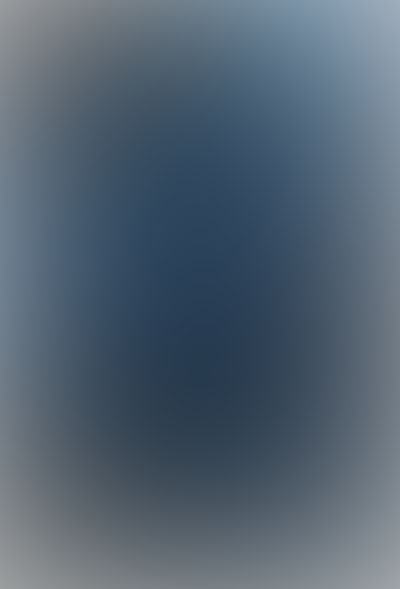 Publisher’s Note: We have a real treat for UFO Digest readers. I have been contacted by the author of the book, The Ringer, which is available at AMAZON.COM. The folowing is the first chapter of the author’s new book: Alien Mind Control In The United States  Enjoy Dirk
According to the National Center for Missing and Exploited Children, roughly 800,000 children are reported missing each year in the United States — that’s roughly 2,000 per day.
Author David Paulides has written a series of books titled Missing 411. They deal with very odd disappearances of children and adults in North America and Canada.
One father and son were together on a beach when his boy vanished. The father was 36 feet away from his son when this occurred. Thirty-six feet.
I spoke with David Paulides and his investigative team by speaker phone in October of 2013. Having begun his “Missing 411-Western U.S.” book I noticed a few circumstances which seemed characteristic of Greys.
1) Search dogs frequently lost interest, seemed uninvolved or searched an area entirely unrelated to the path taken by the victim. The Greys simply influenced the dogs into following the mental commands sent by the Greys.
I can speak personally to the Greys ability at influencing animals. For separate reasons I had to give two of my dogs to the Humane Society. The Greys made them unbearable to live with. Initially, they were excellent pets and, of course, I loved both of them very much. Once the Greys began their very destructive mind control over my dogs they never stopped. I had no choice but to get rid of what were two, formerly, fine dogs. I’ve also seen Greys influence fish. Koi fish and that was disturbing.
2) Storms also arose scattering evidence, interfering with the search dogs abilities to stay with the scent and creating havoc for the search parties. While storms themselves don’t seem unusual David Paulides found a correlation between very odd, unusual cases and the sudden occurrence of storms. Greys and other aliens can create weather. The cloaking of their crafts proves it.
3) After kidnapping someone the creation of a storm helps to impede the progress of every person concerned and every search dog involved in the rescue.
4) Greys cover their tracks with mentally controlled unproductive search dogs and ‘ out of the blue ‘ dispersive storms which serve to impede the search.
5) Memory loss. Many found victims have no memory of their kidnapping at all. Anyone would normally remember being kidnapped. Alien abduction victims rarely remember being abducted. Their memories of being abducted are usually recalled using regressive hypnosis. Greys don’t want their kidnapping habits known so, like their abduction victims, their wilderness victims are usually absent their memories when found. Again, that is an obvious tell-tale sign of a Greys involvement with the kidnapping.
6)When David Paulides asked the National Park Service for a list of the missing children and adults within the Park Service’s geographical areas the Park Service wanted over one million dollars to produce a list. One administrative person said that NPS keeps no records of missing people. Imagine that!
Because the National Park Service maintains no records of missing people under their care those individuals aren’t listed on any national databases – there is nothing to report. With over 700 victims of completely nonsensical, utterly bizarre kidnappings NPS doesn’t see a need to at least file their names?
Why not?
Obviously the Greys have applied their mind controlling efforts to the National Park Service. No free thinking park service personal would ever consider abandoning children to the wilderness without so much as keeping a record of their names and their contact information. According to an NPS spokesperson they record nothing at all!
That is classic Grey alien mental influence applied to our National Park Service and they’ve been kidnapping people within U.S. wilderness areas since the 1800’s.
That’s why the storms, the dogs, no official accountability for the missing and those that are found often remember nothing…a trait of the Greys.
It is pure alien and they don’t want this diabolical tradition discovered.
Compared to other Grey undertakings this one has ‘ precaution ‘ written all over it. It’s been a sweet deal for a long time and they don’t want it messed with. By the way, this is only their wilderness abduction campaign. Now consider their kidnapping/abduction exploits throughout the rest of the United States. They definitely contribute to the 800,000 missing children in our country and adults as well.
While speaking with David Paulides he seemed to be on the trail of Bigfoot. David claimed to know of over 100 Bigfoot DNA discoveries. He also told me Bigfoot was capable of vanishing or disappearing before a persons eyes.
David doesn’t know the Greys as well as I do. The Greys have invented a number of species in an effort to shift blame from themselves and on to any other Grey self proclaimed, fantasy species available. That would include at least Bigfoot, Reptilians and Dracos.
There are no physical cadavers to be found concerning any of those supposed races and you won’t find any – they’ve never existed. They are fictitious Grey fantasies.
Can a Grey shift shape into a Bigfoot?
Maybe, but it’s still a Grey.
Isn’t the sudden appearance of over 100 Bigfoot tissue DNA and samples slightly out of the ordinary?
Yes, it is.
Finding one, two or even three Bigfoot DNA samples would be really big news!
Spreading the idea thatBigfoot can simply vanish helps the Greys solidify their fake Bigfoot scheme. Greys can and do disappear. Many of us think they accomplish this inter-dimensionally.
If you would like more information or wish to purchase this book through AMAZON.COM simply click on its title: The Ringer