UFODigest.com » Aliens and UFOs » THE NEW EDITION OF ‘THE RINGER’ 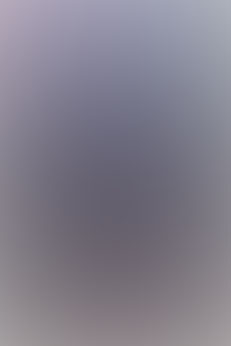 I’d recommend the Introduction because it covers some knowledge gained since the original printing of the book:
When I wrote The Ringer, I knew I’d been through a hellish extraterrestrial ordeal but came to realize only later just how dangerous and unpredictable my situation was.
I had survived but that seemed like only one more hurdle within their torturous game. Because I wouldn’t cooperate with their plan of having me sell out and be included among their kind. I frequently suggested they kill me instead.
In fact, I encouraged them to kill me daily. There is an afterlife and there is payback; they knew it and I knew it too. My vengeance could be realized with a face-to-face meeting in the afterlife. Because their Ringer seemed to never end, the afterlife alternative appealed to me more and more. I wanted them physically not mentally, and the afterlife would provide that reality as well as a confrontation I longed for.

Because I had survived The Ringer I wrote the book as if the gravity of my situation wasn’t terribly worrisome even though it was. The reason I’m adding this introduction is because everyone should be aware of the fact that bad or evil extraterrestrials are unreservedly dangerous and can’t be underestimated.  For those hoping to gain telepathic experience and communicate with ET’s your likelihood of finding genuinely wholesome or descent extraterrestrials by way of telepathy is near zero. The Greys and possibly other filth like them would love to have a telepathic exchange with you and then provide you with their best Jesus Christ impersonation or any other benevolent personality you might desire to contact. Of course it could be one of many diabolical entities laying the foundation for further talks with you in the future but you’d never know that. You couldn’t. Whatever it takes and whichever personalities are required, their job is to sell you on whoever they’re pretending to be.

Do not underestimate them. I have been fooled countless times because there is no method of distinguishing one entity from another when using telepathy other than personality traits. Yes, after six years of telepathic experience I can tell the difference between Greys and Human ET’s but I’m still tricked by Greys occasionally. My only way of knowing whom I’m communicating with is by recognizing the personality who has contacted me. We have personalities and so do they. Also, while a Grey can impersonate the overall message of a Human they can’t act like or behave like a human because they are alien so they can’t fake our idiosyncrasies. They can’t even try.

You should also know that I couldn’t initiate telepathic contact with anyone. I wouldn’t know how to begin to initiate contact. I only receive telepathic messages and also suggestions from my Human friends.

I wish you could have a dialog with the Human ET’s. They are unpredictably comical, very loving and caring, have impeccable taste, taught me about proper dining (be quiet when you’re having meals), and encourage a well-deserved respect for all women. They also make excellent everyday suggestions for me, which I’ve given up fighting them about because they’re always right. One of the guys has some punch line timing problems, so we’ll see – they’re only human. They certainly help counter my daily struggles with the Greys. Without the Humans on my side the Greys constantly annoying, ludicrous deceptions would amount to the only extraterrestrial activity in my life. Something I wouldn’t even want to contemplate.

The Greys are diabolical. If they wanted to frame me for some criminal incident they have plenty of experience in that area. Much of the blame you see for crimes in the media actually should be assigned to aliens not their chosen human scapegoats. They’re not at all interested in our species other than for malicious entertainment purposes.

If you would like more information or wish to purchase this book through AMAZON.COM, simply click on the book’s title The Ringer: An Extraterrestrial Proving Ground