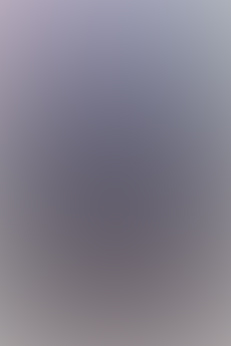 There are human extraterrestrials and they look like us. Their eyes are a little larger than ours and I assume that is the result of their physical evolution. They have been around far longer than the human species which we represent. In fact, they are our ancestors.

I first met them in The Ringer. The Ringer is both a mental and physical extraterrestrial realm where I was taught, tested, tortured, tricked, and almost died on two occasions.

I refer to The Ringer as both mental and physical because extraterrestrial contact is often times purely cerebral and there were physical aspects to my experience. In October of 2011 I wrote a book about that experience and I would strongly recommend avoiding The Ringer if at all possible.

Fortunately I received some assistance from, what I term, good ET’s.

At the time I had no idea who these ‘ good ET’s ‘ were or what species they were but if you find yourself in The Ringer you won’t be concerned about ascertaining the identity of any species if you’re being offered scathelesss advice and a safe harbor from harm. In truth I never knew they were human during our time together in The Ringer but we did seem to have a lot in common.

The Ringer was so treacherous that finding anyone concerned about my well being was a great relief because I could finally let my guard down a bit. I had been targeted by two deadly alien weapons which, without help, would have undoubtedly killed me.

If you would like more information about Jim Bowden or his book simply click here on its title: The Ringer: An Extraterrestrial Proving Ground

Had any alien personally murdered me it would then be responsible for my death. No alien wants to take responsibility for anyone’s death because the act of killing another individual will catch up to it in the afterlife. Every extraterrestrial knows this so I was, unknowingly, steered in the direction of those deathtraps and without anyone to blame.

On both near death experiences I was ‘pulled out’ of the targeted zone (myself) in less than three seconds.

Who pulled me out?

I still don’t know. My Human ET friends have never said they saved me so I really don’t know who it was that saved my life on either occasion. Whoever it was they were very, very, very fast and my rescuer did comment on the effects of the first weapon.

The reason certain aliens wanted me dead is because I embarrassed them on their own territory – The Ringer. Also, I refused to sell out and become a member of their kind which is unreservedly evil. So, because I frequently told them to go to Hell and worse and wouldn’t join their team this human was persona non grata in evil alien land.

I was told I’m the only human being who never sold out in their Ringer. That explains why the Greys screw with me daily. Humans aren’t supposed to win against aliens. Still, they are the retarded ones so it’s their problem not mine.

As you can see, an animosity still exists between the Greys and me.

My Human ET companions suggested I write about them because few people are aware they exist. I find them surprisingly low tech and very domesticated.

While they are both practical and pragmatic their sense of humor is unusually clever, surprising and unexpected.

Because their satirical barbs are received telepathically a person could find themselves accidentally spewing a beverage while trying to control their laughter in public. This has happened to me more than one once. Of course the people around me wonder why I’m laughing so hard while spewing coffee and with no one around to blame the joke on. That visual also amuses my extraterrestrial friends.

Certainly immature for such evolved beings.

I also crack them up now and then but this is their story.

They’ve never lied to me.

I emphasize that point because there is so much deception involved with telepathy. It takes a lot of time to feel comfortable with entities you can’t see. In the end it is idiosyncrasies and personality traits which are most helpful in differentiating between each entity. For that reason I don’t recommend telepathy. It’s simply too dangerous. Deceptive contacts can easily harm you.

My friends are interested in plants, animals, cleanliness, television, a wide variety of music, good manners, good social conduct, laundry and a well deserved respect for all women. They are also enemies of the Greys and because telepathy is an open channel I don’t ask their names or where they’re from. That could invite danger.

My friends consider themselves sexually free. Bisexuality is normal for them. Perhaps that is an evolutionary aspect of their lives. I really don’t know.