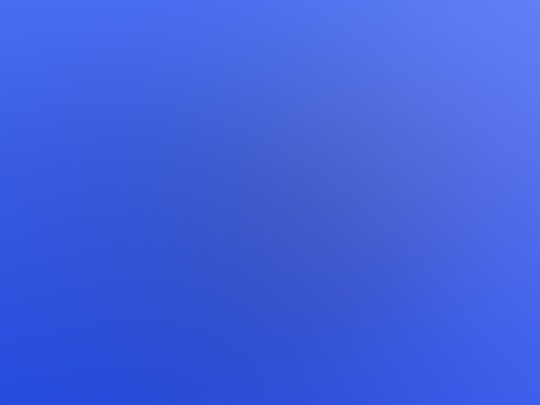 From a Shark Attack

For nearly 50 years now, my "shark toes" still occasionally shed the entire nail, and they remain more sensitive to pain than any of my other toes. But I don't complain--I was able to keep my foot, my leg, my entire body - thanks to the timely intervention of dolphins who protected me from a shark attack.

In 1968, while on ministerial internship at a Lutheran church in Austin, Texas, I was one of the few female staff members who assisted in planning and organizing a spiritual retreat for forty teenagers just off the coast of South Padre Island in the Gulf of Mexico. We had traveled together some distance in a caravan of cars and vans, and when we arrived, the weather was hot, sunny, and sultry–perfect for enjoying the beach and the ocean. At that point in my life, it was the first time that I had ever seen an ocean.

The next day, during free time, I made a beeline straight for the beach. There was a perfect blue sky and the water was gorgeous. After goofing around with some of the kids in the water, I parted company from the crowd and set out for a good swim.

I had been a lifeguard and I had always been a strong swimmer, so I eagerly swam out beyond the breaking waves. Lost in the beauty of the moment, I rolled over to my back and just floated, noticing every wisp of cloud that accented the sky and the seagulls overhead in their endless frolic. Feeling the caress of the warm sun on my body, it was as though I had drifted into a meditative trance–and when I returned to my senses, I realized that the current had carried me so far ut to sea that the shoreline was barely discernible.

I was not concerned, for I knew I had the endurance to accomplish the distance without undue effort. I firmly told myself not to panic, to start swimming in the direction that most of the waves were heading. Getting to shore was the main objective.

I swam steadily back to shore, occasionally treading water to make sure of my bearings. Soon, thankfully, I was able to see the shore. But I knew that I was still fighting against a strong current that seemed just as determined to keep me out to sea as I was to reach the beach.

I was treading water to get my bearings again when something huge slammed against my legs.

Again something hit me with such force that I was swept off balance.

Another jolt and I was screaming for help.

My training as a lifeguard had taught me not to panic, but it was all that I could do to stay above water.

Whatever it was, it kept on whapping me, and I went under the waves several times. I kept attempting to swim toward shore, but I was being battered back to sea with every attempt.

Big Fish was all that came to mind as I tried to make out what it was that was hitting me with such force. There seemed to be two kinds of skin hitting against me-one very rough, the other smooth.

At last I was near enough to shore so that someone heard my screams for help.

I was going under for the third time. I couldn't get air.

I couldn't swim. I just kept being hit. Then I passed out.

The next thing I knew I was in some wonderful stranger’s strong arms, being lifted out of the water. As I came to, I saw that I was covered with blood from head to toe.

I was brought immediately to the first aid ranger station, where I interrupted a long line of people awaiting treatment. The ranger took one look at me in the arms of my rescuer and cleared the emergency table. I thought the man who was already on the table looked in worse condition than I: he had a sword from a stingray piercing his entire thigh.

The ranger looked me over carefully, wiping away the blood and examining the scraped areas. When his attention centered on my feet, he yelled to the other rangers in the fIrst aid station, “Shark! Clear the beaches. Put out the shark alert signs. And get to the loudspeakers. Now!”

Then he turned to me and said, "My dear, you are one lucky woman to be alive."

I had been scraped from head to toe by the sandpaper-like skin of a shark, he explained. “And look at those shark teeth in your toes. Do you want them when I get them out?”

I declined the offer of the trophy. Later, I was transported to a hospital for shots and further examination. Then I was released and solemnly informed how fortunate I was.

When I arrived back at the camp where my teenagers had pitched their tents, my reception was less than enthusiastic. Of course everyone was thankful that I was safe, but, at the same time, they were disappointed by the news that the rangers had declared the beach off limits for several days because of my shark attack.

The rangers theorized that the monster had been taking its time, casually bumping up against me and nibbling at me, preparatory to making its final strike. However, before that fatal lunge could be made, something else in the water– something of which I was dimly aware –had caused the shark to change its mind.

It took more than six months before I could wear a shoe on the foot where the ranger had pulled out the shark's teeth.

Later, as I was recounting the incident to some friends, I said that I had been aware of a couple of large marine bodies-other than the shark-in the water with me. One of the group who was listening to my dramatic account was a noted authority on dolphins. He stated emphatically that it was most likely dolphins that had saved me from the shark.

“Sherry, I believe your guardian angel was a dolphin,” he said. “My research indicates that dolphins are among the few creatures that will take on a shark.”

He went on to say that since sharks’ teeth had been taken from my toes, the likelihood of the blood from the scrapes on my body and the bites on my feet drawing other sharks to the area was overwhelming. He continued to tell of a few examples in his work with dolphins in which a dolphin or a group of dolphins had moved in on a shark to ward off an attack.

I sensed instantly that he was correct. A dolphin had saved my life. I had always been thankful to God for the unnamed person who pulled me out of the water. But for me to have survived to that point, I believe that He had already sent an angel to protect me in the water.

Below are more books by Brad Steiger available on Amazon.com