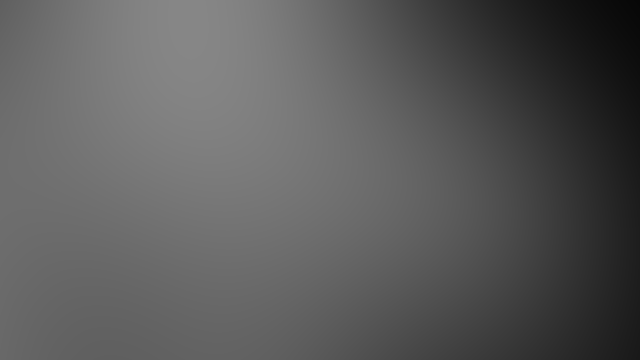 A new video published to YouTube on December 4, 2013, explores how videographers captured mind-expanding UFO footage at the ECETI Ranch during a historic 2013 summer of contact. SoundCloud’s Esoteric Voices went behind the scenes to interview Vancouver UFO Examiner Jon Kelly while frequent Close Encounters of the Fifth Kind (CE-5) were taking place over the Washington property.

Night vision cameras captured evidence of human contact with what are being described as “ET spacecraft” during those events.

Esoteric Voices’ Spirituality and UFOs SoundCloud playlist features 27 tracks including discussions with emerging new thinkers in Alchemy, New Energy, Divine Feminine and Sovereignty. The link to these tracks appears in the video description linked below.

Click here to watch “UFO CE-5 with Multiple Cameras and Witnesses” on YouTube. “A fast look at a close encounter with what is described as an “ET spacecraft” over the ECETI Ranch near Mount Adams, Washington. The UFO’s interactions with light beams from the ground evoke conceptions of a conscious intelligence offering visible communications to multiple cameras and witnesses.” Read the Examiner article here.

Click here to watch “Silver Fox and Portal Phenomena on Mount Adams” on YouTube. “A team from the nearby ECETI Ranch including UFO videographer Jon Kelly returned from Mount Adams, Washington, with video recordings of a Silver Fox, a high-powered laser beam transmission over 13 miles distance and reports of contact with other-worldly entities.” Read the Examiner article here.

JK: I was presenting unpublished footage of UFOs near Mt. Adams, Washington in support of all of the long-standing claims of such phenomena in the environment. I represent a grass-roots public level of response to these questions rather than some kind of government institution. Because the Gilliland Estate is such a long-standing well-known UFO hotspot it presents an opportunity to bring in higher-end camera equipment to do different kinds of testing and sampling. Through the course of that sampling there have been a lot of positive results, a lot of signals and different kinds of transmissions in the sky. I’ve been engaged in this instrumental data collection here for several years. I’d say that it’s been very productive. A lot of great results came from it.

EV: Maybe you could talk a bit about how many hours of footage or how long were you shooting, how many years’ worth and maybe some of the gear that you use to capture all these images.

JK: I’ve been a visitor to the ranch since the late 1990’s but didn’t start recording up here until 2009. In the course of identifying the best way to proceed I identified the Panasonic AG-DVC30 (which is the “Ghost Hunters” camera) as an optimal “Night Shot” instrument. It shoots in black and white and several different modes. It does this in 3CCD which uses a sensor array and redundant sensors. This counters claims that instrumental error may be causing these visual artifacts to appear as UFOs. With a triple-sensor array the possibility of all sensors failing at the same time in the same way is constrained to make that less likely. Some due diligence and some levels of redundancy are involved in the approach here. It’s all being done on a consumer and a grass-roots basis but I think some of the options that are available in usable technologies can be brought here and the DVC30 was one of those. We had a lot of success with color and night shot shooting with that camera.

The next instrument that I brought up here was made by a company called Pulsar. It’s called a Recon X550. It’s a digital night vision monocular that uses a Sony imaging sensor that’s been optimized with some extra software. It has 0.0001 lux light sensitivity, 50mm objective and a 5.5 times optical magnification in a palm-sized unit that’s effectively like a celestial observatory in terms of its light-acquiring powers. We can see deep into space and of course we can see the many objects that are flying and moving around this environment. When we start to use night vision equipment we expand our visual range into infrared as opposed to visible light. By broadening the range of vision we are more likely to acquire sightings of different things moving in those environments at those wavelengths, more so than just studying in visible light alone.

The reason for night vision is to expand our range of vision. That has some connotations because we are now seeing what would formerly be hidden. The concept of what is hidden is found in the term “occult” which has a long-standing meaning in western traditions. Within this conception perceptions of the hidden would imply occult knowledge.

In a way, the night vision equipment offers a metaphor for an initiatory or occult practice that allows us to see the invisible. In the philosophical and metaphysical realms that would be considered as a form of clairvoyance. It seems strange that the UFO witnesses whom I’ve worked with have been very successful videographers. They have precognitive dreams telling them where to set up their equipment the night before, both where and when.

The study of UFO phenomena in the form of first-hand field studies is a means to awakening individual clairvoyance. People demonstrate clairvoyant behavior as found in these studies.

The UFO as a winged disc is an archetype for principles discussed in studies like Yoga where the Ajina chakra is depicted in a Yantra with two leaf-like forms surrounding a circle surrounding an inverse triangle with a dot in the center. This is a meditative visualization that represents the sound of the Aum mantra. This mantra is also the seed sound of the Ajina chakra.

According to Yoga that winged disc is archetypal within us. Carl Jung talked about the UFO as an archetype. Not only that but these objects have material realities that the instruments can measure. The photons emitted by those objects are being detected on the sensor. There’s physicality.

There are psychic impacts that accompany these experiences as well. It’s not unlike someone doing intensive meditation on the third eye chakra with those iconic characteristics include the mountain, Mt. Adams being the mythical mountain with the ET base. The pyramid or triangle with a temple on it or a portal or a gateway depicted by that dot; the parallelisms are not lost on me.

The concept that the UFO witnesses or long-time observers cultivate clairvoyance is not lost on me either. It’s a fact as I know it from the testimony and demonstrated behaviors of the successful videographers.

Click here to read this story in the Vancouver UFO Examiner for Examiner.com.