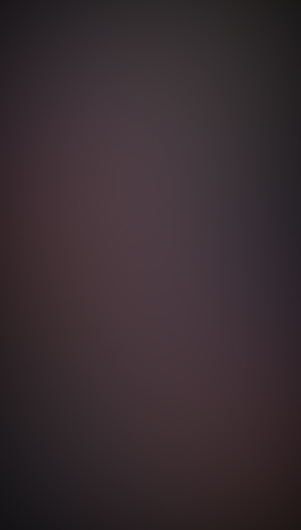 In Memory of Anne Strieber

Death, be not proud, though some have called thee
Mighty and dreadful, for thou art not so;
For those whom thou think’st thou dost overthrow
Die not, poor Death, nor yet canst thou kill me.


From rest and sleep, which but thy pictures be,
Much pleasure; then from thee much more must flow,
And soonest our best men with thee do go,
Rest of their bones, and soul’s delivery.


Thou art slave to fate, chance, kings, and desperate men,
And dost with poison, war, and sickness dwell,
And poppy or charms can make us sleep as well
And better than thy stroke; why swell’st thou then?
One short sleep past, we wake eternally
And death shall be no more;

[…]   Once the mirror of expectation is
shattered, the door of perception is open,
and there is something there, something
alive, looking back at us from where the
mirror once stood.

[…]   My father had some secrets.
When I was about twelve, he gave me
a desk from his office to use in my
room, and after the workmen had set
it up and left, I found a photograph
stuck in a crack in the top of one
of the drawers. It was of my father.
It had been taken in what looked like
a North African setting. There was a
coffin being held up by two men in
soutanes and fezzes. Lying in the
coffin with his eyes closed and his
hands folded on his chest was my
father. Of course I was amazed by
this picture and took it to him
immediately to ask what it was.
He ripped it into small pieces and
flushed it down the toilet. He never
said a single word about it.
[.Pages 24-25..]

Because I was so shocked in my
childhood, I lost my belief in the
stability of the ordinary world. I live
in a permanent state of unease, but
also a permanent state of wonder.
Ask any close-encounter witness what
is real. They will tell you at once, it
isn’t what you see around you. This world
of pretense in which we live is just like
a shattered childhood, a very different
place than it appears.
[. Page 38..]

On a few occasions, I had the
chance to ask a question of a visitor.
For the most part, this happened deep in
the woods at night. If I glimpsed one of
them, I would sit on the ground and collect
myself, enter a meditative state, and then
ask my question aloud.
Usually, there was no response — in
general, I suppose, because they weren’t
really there. But on some occasions, they
were, and once when I asked a question I
got a response…   I asked, “What does the
universe mean to you?”
Instantly, there appeared in my mind a
bright, clear image of a closed coffin.
I cannot explain how this was done, but
can only say that these vivid, television-like
images were a common way they had of
communicating with me. I might add that they
were also among the strangest things I have
ever known. They weren’t simple images.
With them came what I can only describe as a
sense of a person, an intimacy of being, that
had conveyed a taste of the personality that
had created them.
[…]

I wondered how anybody could think of
our mysterious universe this way? But then I
realized that, of course, they have probably
reached its limits, or worse, discovered that
reality has no limits.
I can see the claustrophobia that would
attend to the realization that one is trapped
in an infinity that could never be escaped.
In fact, I can feel it.


It’s like being in a
room you can never leave, or a prison.
What would the world be like without
mysteries? It is a claustrophobic and desperate
idea. And what if it goes on forever, endlessly
repeating itself, star upon star, galaxy upon
galaxy, universe upon universe?
If so, then there is truly no escape, not
for anybody who understands this as a certainty.
For them, it is indeed a coffin, and our
innocence is a kind of freedom that must be
among the most precious things that they know.
[.Pages 70-73.]

There is in physics a concept called

alternative history. It has nothing to do with
the usual speculations about Atlantis or
whatever, but rather with what appears to be the
truth about reality, that the universe is not
a single, isolated entity at all but a component
in a vast multiverse that includes parallel
universes that are literal, physical places.
Every possible outcome of every event happens
somewhere, in what is probably an infinity of
universes, forever expanding into a void that
is without end.
It is a shocking idea, and when considered
in the context of the coffin I was shown by the
elderly visitor, it becomes an infinity from
which there can be no escape: an unending,
chokingly claustrophobic emptiness.

So could the existence of the multiverse
be at least some of the reason for the bizarre
effects associated with contact? Could there be
some way to cross between parallel universes?
[…]   In this universe the whole anomalous
enterprise may be an apparition being projected
here by some sort of arcane technology or mental
state that enables a crossing of the invisible
gap between the worlds. So might they not be us
in another state?

Whether M-theory exists
as a single formulation or only as a network,
we do know some of its properties. First,
M-theory has eleven space-time dimensions,
not ten. […]


Also, M-theory can contain not
just vibrating strings but also point particles,
two dimensional membranes, three dimensional
blobs, and other objects that are more
difficult and occupy even more dimensions of
space, up to nine. These objects are called
p-branes (where p runs from zero to nine).
[…]

The laws of M-theory therefore allow
for different universes with different
apparent laws, depending on how the internal
space is curled. […] M-theory has solutions
that allow for many different internal spaces,
perhaps as many as 10^500, [a 1 with 500 zeros]
which means it allows for 10^500 different
universes, each with its own laws.