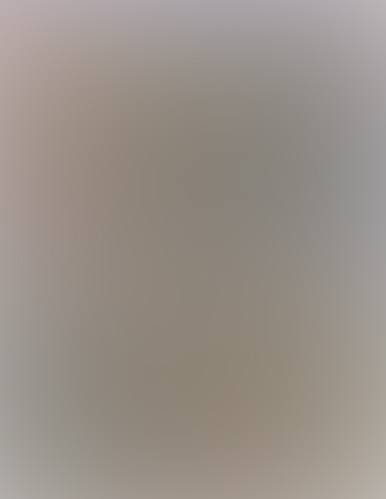 “IS HEAVEN JUST ANOTHER UFO DESTINATION?”

A New Book on “The AFTERLIFE” Asks Important Questions

New York, NY – Author and UFO investigator Diane Tessman says the fear of death hangs as a shadow over the life of everyone at one time or another.

“We dread the extinction of our consciousness or suffering the loss of the loved ones we hold most dear.”

But in a new book from Inner Light/Global Communications entitled “UFOs: Are They Your Passport to Heaven and Other Unearthly Realms?,” the former teacher and Ansgar, Iowa, resident shines an entirely new bright light into that grim darkness as she examines the surprising relationship between flying saucers and the Near-Death-Experience, among many other mind-bending aspects of what we call the spirit world or the afterlife.

After more than thirty years of research into the possibility of “Life after death,” Ms. Tessman has begun to ask:

“Are some UFO occupants actually human souls who have traveled forward to a new level of existence? Or are the UFOs themselves actually human spirits blazing across the skies as they celebrate their new, higher level of life? After all these years, we still do not know the truth about UFOs. However, I now consider the very real possibility that the UFO phenomenon is an aspect of our own immortality, our own life after death.”

How Diane reaches this conclusion is just part of the fascination this book will hold for readers.  She also points out that there is increasingly a kind of agreement between science and religion.  Albert Einstein declared that energy can never be destroyed, and so the “energy” that is our soul is also never destroyed.

All the world religions, from East to West, teach that life is a sacred and indestructible energy and that the soul lives on after death. A slew of case histories are included in the new book, stories of those who have died and come back to tell of a beautiful Light that radiated pure Love before sending the soul back to complete its mission among the living.

Diane also notes that several individuals who claim to have been abducted by extraterrestrials say that onboard the craft they have seen and spoken to deceased loved ones who seem to be healthier than ever.  According to some researchers, this may imply that the aliens are familiar with mankind on the level of the soul and not just the physical body and that we may one day be able to walk between the world of the living and the realm of the dead as easily as crossing the street.

Such stories are not confined only to humans, however. Diane also reassures readers that our pets live on in the next world as well.

In Diane’s role as a psychic counselor, clients would often tell her:

Our animal friends go to heaven and, what’s more, they reincarnate back to us sometimes!”

“Of all my experiences with the paranormal,” she writes, “all of my UFO sightings and even my childhood extraterrestrial encounters, the greatest, most emotionally-moving proof of my own immortality has been given to me by my dog, Hannah, and my cat, Pavarotti.”

One of the shocking claims in the book is that several well-known researchers into the UFO phenomenon passed away on June 24th, which is considered to be the anniversary of the first UFO sighting of the modern era.  It was on that fateful day in 1947 that pilot Kenneth Arnold reported seeing objects near Mount Rainier in Washington that seemed to be “skipping” across the sky with “impossible” speed.

June 24th may hold some as yet mysterious significance for the UFO occupants that is expressed in their taking certain UFO experts on that exact day.

Timothy Green Beckley joins Diane Tessman as the co-author of much of the book, contributing the perspective of his many years studying UFOs and the paranormal. In one section of the book, dealing with the famous Scole Experiments conducted in England in the 1990s.

​There is an overview of what might be called the “state-of-the-art in spiritualism,” combining new forms of recording technology with the familiar voices and apports of the séance room. The Scole experimenters even captured an image of the familiar gray alien on video, further cementing the relationship between UFOs and the spirit world. Deceased loved ones are also sending email and using smart phones to communicate with those who have not made the transition yet.

UFOS: Are They Your Passport to Heaven And Other Unearthly Realms?

Diane Tessman is the head of the Starlite Mystic Center in St. Ansgar, Iowa, from which she publishes a variety of newsletters and publications. She is the author of “Earth Changes Bible” and “Seven Rays of the Healing Millennium.” A noted channel and New Age philosopher, her work has been accredited by authorities such asWashington Post columnist Ruth Montgomery. She can be reached at PO Box 352, St. Ansgar, IA, 50472. Readers may write for a publication list. For those media representatives wishing to interview her Diane’s email address is [email protected]

Timothy Green Beckley is a veteran investigator of UFOs and other unexplained phenomena, having put out his first UFO publication in the mid 1960s. In addition to having been the editor of the nationally distributed magazines “UFO Universe” and “Unsolved UFO Sightings,” he is the CEO of Inner Light Publications/Global Communications and the author/editor of such works as “UFO Repeaters – The Camera Doesn’t Lie,” “Shirley MacLaine Verses The Pleiadians,” “Subterranean Worlds Inside Earth” and “Evil Empire of The ETS And The Ultra-Terrestrials.” He is the only American to have addressed the House of Lords UFO Club. He can be reached in care of Inner Light Publications, PO Box 753, New Brunswick, NJ, 08903. A free catalog is available upon request.

Available for interviews email requests to: