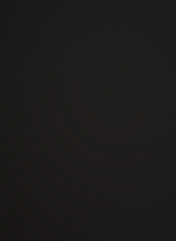 How Corporate Owners Are Killing Us

What if these modern day plagues are not just “happenstances” or “coincidences”?  What if these are all part of a global plot?   As Jim Marrs points out graphically and in great detail:

California is facing one of the worst droughts in its history.  Across the nation, unprecedented numbers of unarmed citizens are being killed by the police.  People are dying from the side effects of medications for diseases that may not even exist.  From the food we eat and the water we drink to the air we breathe, everything these days seems capable of killing us.

If you think it’s all a “coincidence”?  Then, perhaps, you’d better think again.

In his new blockbuster, “POPULATION CONTROL: How Corporate Owners Are Killing Us” (released on June 23, 2015 and published by William Morrow Hardcover), acclaimed journalist Jim Marrs lays out a stunning case for the global elite’s most audacious plot yet:, a conspiracy to reduce the world’s population to 500 million people — and to profit greatly from it.

In “Population Control: How Corporate Owners Are Killing Us,” Jim Marrs answers the tough questions, which the corporate controlled media wouldn’t even dream of asking:

• Could the CDC be secretly behind the recent Ebola outbreak that gripped the world?

• Are the vaccines being administered to millions of Americans as safe as we believe?

Why are local American police officers being sent to Israel for training in counterterrorism methods?

• Why might water be the deadliest weapon of the Twenty-first Century?

Marrs, the bestselling author of “Rule by Secrecy” and “The Trillion-Dollar Conspiracy,” pulls no punches in exposing this evil and chillingly effective plan.  Jim explains how a small group of tremendously wealthy and powerful people controls virtually every important industry — guns, oil, pharmaceuticals, food, and of course the media — and how it uses this vast network of conglomerates to take actions that lead to the deaths of men and women all over the world.

In his explosive “POPULATION CONTROL: How Corporate Owners are Killing Us,” Marrs lays bare the damning truths that corporate owners don’t want you to discover:

How they’ve spied on private citizens, intentionally spread disease, and destroyed the planet chasing profits;  all to improve the lives of a privileged few while eliminating everyone else.

Most importantly, in this ground breaking exposee, Jim Marrs offers a “citizen’s blueprint” for fighting back.  The world renown Jim Marrs is an award-winning journalist and the celebrated author of “Alien Agenda,” “Rise of the Fourth Reich,”  “Rule by Secrecy,” and “The Trillion Dollar Conspiracy.”  Jim Marrs lives in Texas.

How Corporations Are Killing Us