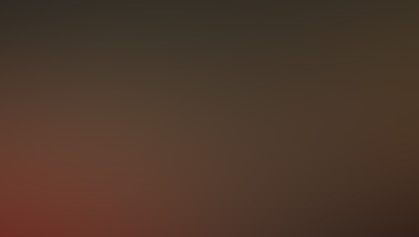 Jim Sparks allows the timely release of his filmed interview by Jake Gould and Neil Gould, Exopolitics Hong Kong, more than one year after it was filmed. Sparks describes his interactions with near future humans who still look very similar to us, as opposed to the far future humans who are almost unrecognizable as humans.

“You could be rubbing shoulders with one and never know it”.

The realities associated with Time travel will become more acceptable to members of the public as more whistleblowers come forward exposing the activities of covert agencies and large corporations with regard to quantum access technologies. Dr David Lewis Anderson asserts that time travel is real and being secretly developed by governments and private corporations. Seattle attorney Andrew Basagio has been publicly claiming that from the time he was 7 to when he was 12, he participated in Project Pegusas a secret U.S. government program that he says worked on teleportation and time travel under the Defense Advanced Research Projects Agency.

“It is 2am in the morning and I am abducted and find myself in an examination room on board their space craft, where they are using several types of tests on me. Each test takes approximately 1 hour and in this case there are 3 tests. Clearly total time spent is 3 hours [approx]. Afterwards I find myself in another room and it’s time for medical procedures and ending with extraction of semen, the procedures and extraction takes 1-½ hours. All together these events take a total of 4 ½ hours [approx]. When all of this is finished I am returned home. Keeping in mind I was captured at 2am. When returned home, I find my clock reads 2:40am. Here on earth only 40 minutes [approx] passed; while on board it took 4 ½ hours. In these cases would you not consider this distortion of time as ‘time travel’? What else could it be?”

Sparks explained that on one other occasion, he saw himself arrive back from an abduction before he had left.

“I was then abducted and the procedures on board took around 2 hours. When I was returned home I found myself back on the sofa. As I lay there I saw in front of me what I couldn’t believe, it was myself.   Although 2 hours had passed on board I was returned approximately 2 to 3 minutes before I left. I was stunned and speechless. I saw myself with its back facing me as if it were another person stepping through the same procedures as I did earlier to get a snack from the kitchen. My other self from the past did not take notice any notice that I was even there. After time past I became fearful because I knew he would see me on his return to the sofa. As he walked towards the sofa facing me he starred right through me as if I wasn’t there. I thought for a moment he was going to sit on me as he got closer until he began to fade. Let me make a point here I travelled back in time and this was no accident they purposely did this for me to experience it.”

In this film Sparks injects a twist into the abduction lore, by revealing that landing parties of humans, who were not born, raised or nurtured on this planet are brought here to intermingle with “what they are”. Jake Gould likens this to “animals in captivity being returned to the wild”.

“These humans are the result of [Earth human] ova and semen being collected here and incubated somewhere else,” explained Sparks.

Jim concedes that he is not sure of the agenda in this specific case but that the Greys have many agendas and perhaps in this one, they simply wish to bring us along as we are.

Jim insisted that this film was not to be released before 2012.