On the 2nd January 2011, Hong Kong’s HITEC Center played host to ET Abductee, Jim Sparks, who presented his testimony as to the reality of the ET presence to an audience of over 500 people. Galactic Diplomacy between human and extra terrestrials, threw the mainstream press into total confusion whilst mesmerizing the audience. The Exopolitical train had moved into Hong Kong surging ahead with an extensive program of future exopolitical events.

Jim Sparks told the audience about his 23 years of abduction, carefully following the script of his book “The Keepers”. Exopolitics Hong Kong and Meoow guide [an internet radio portal, active in intuitive consciousness and regression hypnotherapy], the executive organizers of the event, had Jim’s book translated into Chinese by an aspiring 20 year old student and translator, MC Choy.

“The Keepers“ in Chinese

By the end of the presentation Sparks had almost sold out of his of books. Executive creative director Stan Ho, an experiencer and avid supporter of exopolitics designed the book cover capturing the intense expressions of Jim Sparks and an Alien, facing each other amidst a background of royal blue. The HITEC Centre venue has an extremely up market auditorium which the organizers felt would help lift the perceptions of this taboo subject by shifting from the pokey venues of Tsim Sha Tsoi into more prestigious accommodation thus reinforcing the momentum that Exopolitics needs to gain public recognition. 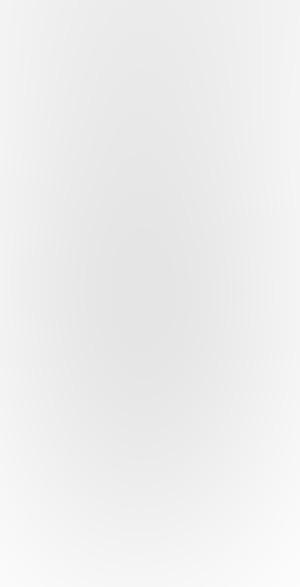 MC Choy translated into Cantonese after each sentence spoken by Sparks which took up a lot of time leaving some of the audience disgruntled at not being time enough for any new information by Sparks. To the beginners, everything was new but to a few of the Hong Kong UFO veterans, they wanted more, having exhausted themselves watching old You tube interviews of Sparks.

The following day we received many messages of thanks and congratulations from the audience; but the South China Morning Post printed a rather negative article. I called their reporter who told me that he had submitted a well balanced article; but the editing room had completely changed its content and that he was afraid to confront them. The reporter assured me he would put it right in a follow up article. It seems someone in Hong Kong ensures certain UFO related articles are scuttled, just as they ensured the Hong Kong University Exopolitics lectures were cancelled in 2008.

As an organizer of the event I was privileged to have spent three solid days and nights with Jim sparks; watching, listening and studying his every word and his every move. The most obvious problems were as a result of his PTSD [as indicated by John Mack MD]. Jim is extremely withdrawn and takes his time before answering questions. I found him to be a delightful and polite person and extremely honest throughout all my dealings with him, since 6 months prior to the event. A point of interest, my daughter stood at the other end of a crowded room and called Jim in her mind to turn around and look at her, whilst he was facing the other way. He immediately turned around and looked her in the eye. The same happened with another person but Jim denies any telepathic abilities on that level but prefers to stick with “I have slightly enhanced abilities”. It is quite clear that Jim is still firmly in the hands of his ET abductors and although he has not had an abduction for 2 years; the ETs are running him.

I filmed an interview with Jim Sparks [as below]; thereafter Jake Gould [Film Director] dealt a more probing interview with Jim. Jim signaled that my interview was OK for public release whilst Jakes interview would have to remain hidden pending Jim’s approval. It contained information that would show another 2 or 3 degrees of perspective on how the ETs are helping humanity, outside of the current abduction paradigm. I cannot stop myself from at least telling you that it was extremely chilling!

Jim revealed that he had a few missions, one of which he seemed quite concerned had not come to fruition as yet. He showed a certain amount of anxiety over this with regard to his arrangements with the ETs. His second mission involved collecting a world database of awakened people who could declare the full extent of their resources, to be used to activate”Awakened Humanity”; the effects of which would be complimentary to the healing of the planet and perhaps the quickening of an amnesty for those working in the Black Operations Projects.

The Jim Sparks in Hong Kong 2011 experience has ongoing programs involving Meoow Guide, which include discussion on the Sparks case, videos and a series of Q& A.