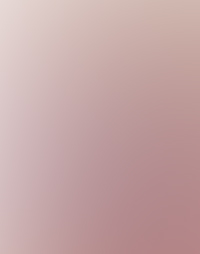 In a former article, I described the Law of Attraction as a person’s relationship with time, space and values. In our modern era, though, we have yet to fully understand the relationship between time, space and gravity—much less with consciousness. What we do know is that time slows down in relation to increased velocity. We also know that time, space and vibration are interrelated. For example, keeping time on your computer is a crystal that vibrates like a tuning fork. To stay in accord with our specific fragment timeframe, it is constructed to pulsate at 60 vibrations per minute. Below Kuan Yin explains the role of personal and mass projections in our particular “Fragment Space-Time” and how the resulting vibrations influence reality:

“…Each having their validity, Fragment (or camouflage) realities, such as what you experience in waking reality vibrate at varying decibel levels while simultaneously being a part of the greater WholeTime. As with personal reality, the collective thoughts of the spacious present will either vibrationally support or erase objects and events of a specific probable historic era. While someone could have brief experiential intervals of the higher, more advanced frequency levels, these will largely be inaudible and inaccessible to those only sensing in the slower levels of consciousness. This is why it is difficult for some to hear the voices of the Divine Spirit.

When someone marvels and appreciates the wonders of the earth or shows compassion, they raise their vibration level. This is what many are doing on the earth; moving towards an awareness of manifestations from their thought vibrations. The trick is to balance this state of mind within the flurry of waking reality activity.”-Kuan Yin

According to Kuan Yin, like WholeTime, WholeSpace is at once unified while holding all possible fragment platforms (stratum). Thoughts weave together the Whole Space-Time grid; where the Authentic/Always Self (the “Self which is present before you are born and after you die”) and the speed of light, remain as Constants. This explains why when passing from this Fragment reality to Whole Space-Time and experiencing a Life Review, someone will witness all the events of their life as happening simultaneously:

“Human values and perceptual capabilities are the vehicle for creation within the artificial space-time divisions of All That Is. The vibrational interaction between celestial bodies creates the warp that our solar system exists within and is eventually interpreted as a sense of linear time. Time, then, is the perceived duration between an outgoing intention vibration and the resultant objects and events manifested in sequential focus frames. It could therefore be compared to the following process: No matter how much you rub two sticks together to make fire, you will not be successful unless there is oxygen. In this example, the ‘oxygen’ allowing for our particular sense of time is facilitated by the conscious mind’s linear perceptual abilities accommodating personal value-fulfillment.”-Kuan Yin

A crucial question remains: “does space-time alter objects and events or is the exact opposite true?” As you may have already guessed, a thought is an event whereas its simultaneous outcome is an object. Thoughts from the present moment amplify and rearrange the ever-malleable patterns of space-time. Time and space, then, do not offer a window where human consciousness is played out. Instead, powerful convergences of beliefs and emotions: (and their resulting vibrations) create windows of opportunity within space-time. Reality-parameters will gravitate in through those windows. Understanding how to ‘plug in’ desired belief and emotion variables into both in and out of time thought streams is key. And because of this power of the moment, Kuan Yin explains that the time linearity of earth offers a special window of opportunity for achieving lasting expansive personal and group evolution.

Every dream can be regarded as the vibrational or visual-image of one’s infinite and layered Reality (Evolutionary) Potentials: the coalescing of one’s unique and intricate tonal resonances. An example of this was my dream of someone who I’d not known previously. Although the dream accurately focused on the people and events of thirty years prior, this person (who is now an important presence in my life)—like some newly painted-in object, was suddenly now in that past ‘picture’. Some crucial change in my beliefs had allowed him, because there is no time, to influence my so-called ‘past’ space-time module structures. It is yet another example of the evolution of values; how space-time will simply accommodate an individual’s correspondingly vibrating objects and events.
Interactions between different Fragment Space-Time platforms will be more or less impeded when there are differing vibrational levels. The attraction of incarnating within the earth space-time framework is that it allows for sequential interactions of objects and events creating a sense of past and future. Space-time reverse engineering this seemingly forwardly-flowing linear time is an opportunity to use your innate creative force to re-invent reality through creating new vibrational parameters. Without a sense of linear space-time, you cannot begin to have this process and its resulting ‘spiritualization of matter’. A significant part of enlightenment is the knowledge that the space-time bubble we inhabit specifically allows for this form of manipulation:
“As the general (default) fabric of the universe is Whole Space-time, yours and other Fragment Space-time realities are the variables. These fragment systems act as seams holding Whole Space-time together. Inundated by tonal-wave mass (vibrations from personal and mass projections), Fragment Space-Time realities constantly expand and contract because of amplification of these tonal decibel levels. Activated when these travel through them, various aspects of each stratum will correspondingly vibrate. And since sound and light are the primal elements of the universe, your world (as is all worlds) is a result of the above interactions.

Where areas of these seams are compromised, Whole Space-time can bleed through, creating what appear as space-time anomalies in your world. This is why there can be time loss, compasses winding in reverse and actual physical disappearances in geographical locations such as the Bermuda and Dragon Triangles. The magnetism in these and other parts of the world is more strongly attuned to the universal vibration. This more broadly-focused magnetism creates ‘holes’ (or portals) in the fabric of your segmented-time reality.
Varying vibration levels on the earth also explain certain masterfully built so-called ‘ancient’ cities that are seemingly uninhabited. As there is no such thing as time, only vibration, through your available senses you only perceive the amazingly complex structures and whole cities (that cannot be carbon-dated) which are apparently void of physical activity. It is your somewhat limited sense perceptions preventing you from comprehending the bustling activity occurring at another, yet incomprehensible vibrational level. However, there are certain humans more aligned with Whole Space-time who are able to comprehend these parallel realities thereby actively-interacting with the universal consciousness.

These Earth Portals also explain prevalent sightings of UFO activity in particular areas of the globe wherein travelers of the galaxies are ultimately able to harness the magnetic field of Whole Space-time to reach their destinations. This also involves the intentional alignment of ancient power structures such as the Pyramids, Stonehenge and others with these vibrational openings in earth’s fragmented space-time fabric.

Personal reality will be based upon your thought impressions and inventions; privately-engineered parallel segments which you choose from the combined memories of all known and unknown objects and events. Of course these do not necessarily proceed in a linear fashion. This is how there can be Reverse Time Lapse.

In terms of levels of satisfaction, it is not that space-time automatically unfolds for someone in a more directed and fulfilling manner then for someone else. Instead, that individual understands (at some level) that like bricks in a physical structure, vibrational thought constructs are able to be manipulated in every possible manner. These people have developed an ability to intuitively engineer reality using space-time as a vehicle for their vibrationally-expansive thought forms.

Concerning the relativity of space-time, have you ever noticed how it can seem to take longer to get to a destination then return from it? It is as if once you have a familiarity with a certain territory, you literally ‘shrink time’. Think of your daily routine. It is often said that ‘time flies’ because in someone’s impatience to finish a project, they simply don’t notice the passing of time. On the other hand, learning a new task can cause one to agonize over the clock’s seemingly glacial pace. If you love what you’re doing, though, there may seem to never be enough time.”-Kuan Yin

In a long-passed dream, I had conversed with Kuan Yin. Realizing that she had apparently taken the guise of a professor at some kind of cosmic academy, I followed her into the lobby and up a flight of stairs. Now on the second level, I noticed an Olympic-size swimming pool surrounded by megalithic sound speakers. Originally, I supposed that the purpose for this positioning of the speakers was to demonstrate an advanced technology; intermingling sound with the steam evaporating from the surface of the pool for purposes of amplification.
Years later, though, I understood its brilliant simplicity for illustrating space-time thought modules and their relationship to Fragment and Whole Space-time. Each emitted steam (water) molecule is separate, measurable and amplifiable. Having its unique expanding and contracting behavior, it occupies (and indeed creates and warps) its own space-time wavelength while remaining parallel to the others. Returning to water droplet form, it falls back—becoming one with the original pool. In this example, each steam-coil represents personal (unique) value fulfillment rising from the ‘pool’ of cosmic consciousness.