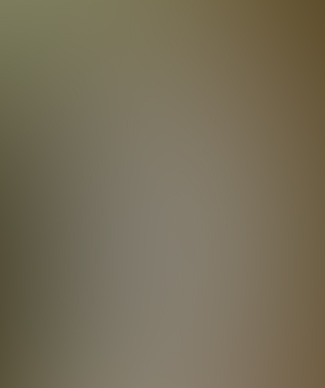 This chanting head figure combined with a unique configuration of the ancient Sator square still puzzles visitors to the cavern sanctuary in Galamus Gorge. The word square is in the shape of a cross and in the center are four “T” shapes which face the four directions. So many Templar artifacts have nautical origins, was this carving made by them?

Does it represent a compass?

Is it symbolic of the constellation of the Southern Cross? If so, then it is an example of the arcane coded messages for which the Templars are known.

On this date of December 21, 2012, do we have a connection between the importance of the Southern Cross to the ancient Mayans and the seekers gathering at Mt. Bugarach near Galamus in the Rennes-le-Chateau area?

The SATOR Square is a magic square in letters and words that was also found at Pompeii. Used as a talisman, the magic square wards off evil spirits. Was it carved into the cave as a protection because Galamus in ancient times was known as an entrance to the underworld?

Several key clues in the parchments found at the church of Rennes-le-Chateau can be found at this site.

The Sator square is also carved on the back of the “head of Dagobert” portrait sculpture bust. Dagobert is mentioned in the Rennes-le-Chateau parchments. Another famous reference in those parchments is to the “Blue Apples” or large blue grapes of the region. The gigantic blue grape clusters of Canaan were painted by Nicolas Poussin (mentioed by name in the parchments). In his painting the grapes are being carried on a tree branch carried by two of the giants of Canaan who caused the emisaries of Moses to “feel like grasshoppers in their sight”. On this Galamus sculpture (pictured), the head appears to be singing or chanting. PAX or Peace 681 is from the parchments. In numerology PAX = 681, a reference to the Templar/Masonic science of numerology. “PAX” is written in large letters at the Galamus hermitage. Magic word squares are defined in “The practical magic of Abramelin” (found in both Book III of the French text, and Book IV of the German original).

His study centers around a set of talismans composed of magic word squares. These are similar to traditional magic squares, though the latter are usually composed of numbers, while Abramelin’s squares contain letters. Commonly word squares are used as puzzles or as teaching aids.” Some of the words in the square are of Celtic origin, as is the word “Galamus” itself, reminding us of the enigmatic book by Abbe Boudet about the Celtic language. It is said that these Celtic words refer to the Wheel of Fortune pictured in the Tarot deck and on the stained glass window inside Mt. Bugarach church – Galamus Gorge is in the Mt. Bugarach area. This window displays a ship and a helm, but the helm is a Wheel of fortune. Both the Mt. Bugarach church window and the Galamus hermitage Sator square carving are unusual subjects to find in Catholic chapels. In numerous cultures tau (“T”) was connected to abundant water or rain-deities. For instance, Augustus Le Plongeon, one of the first archaeologists of the Maya, writes that the T-shape corresponded to Crux, or the Southern Cross. This constellation appears shortly before the beginning of the rainy season in southern Mexico. In the ancient ruins of the Americas, the “T” or Tau shaped window is very prominent.

“The ancient Maya astronomers had observed that at a certain period of the year, at the beginning of our month of May, that owes its name to the goddess MAYA, the good dame, mother of the gods, the “Southern Cross” appears perfectly perpendicular above the line of the horizon. This is why the Catholic church celebrates the feast of the exaltation of the holy cross on the third day of that month, which it has consecrated particularly to the Mother of God, the Good Lady, the virgin Ma-R-ia, or the goddess Isis anthropomorphized by Bishop Cyril of Alexandria.” The constellation of the Southern Cross was originally known by the Latin name “Crux”, which is due to its cross shape, this constellation is one of the easiest to identify in the night sky. For centuries, it has served as a navigational beacon for sailors, an important symbol to the Egyptians, and played an important role in the spiritual beliefs of the Aborigines and many other cultures in the Southern Hemisphere.

The first recorded example of Crux’s discovery was around 1000 BC during the time of the Ancient Greeks. At the latitude of Athens, Crux was clearly visible, though low in the night sky. At the time, the Greeks identified it as being part of the constellation Centaurus.

However, the precession of the equinoxes gradually lowered its stars below the European horizon, and they were eventually forgotten by the inhabitants of northern latitudes. Crux fell into anonymity for northerners until the Age of Discovery (from the early 15th to early 17th centuries) when it was rediscovered by Europeans. The first to do so were the Portuguese, who mapped it for navigation uses while rounding the southern tip of Africa. The Templars were navigators and I believe that the Sator square of Galamus is an expression of their sea-faring skills, coded as a reference to the Southern Cross. Is the Priory of Sion descended from these sailing Templars? The Priory uses nautical language to define its officers. Today on 12/21/12 we now have a connection between the Templars, the Priory of Sion, and the ancient Mayans, which is their recognition of the beautiful constellation of the Southern Cross – the guiding stars.