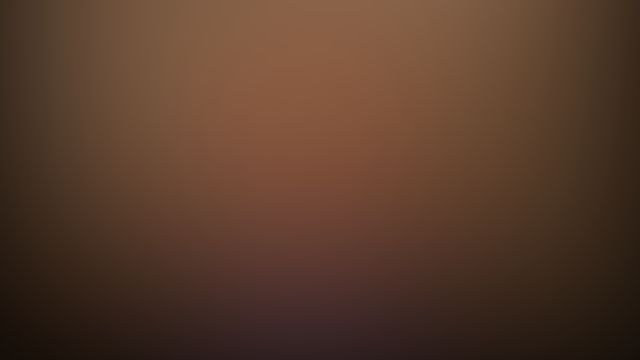 In an exclusive video interview published to YouTube on April 9, 2014, Yale Law School graduate Alfred Lambremont Webre, JD, MEd, discussed replicable prima facie evidence that led him to formulate what he describes as a new scientific hypothesis. Today marks the official launch date of his new book “The Dimensional Ecology of the Omniverse,” in which the former director of the proposed 1977 Carter White House extraterrestrial communication study at Stanford Research Institute highlights milestones from five years of research exploring exopolitics, parapsychology, reincarnation, extraterrestrial contact, the nature of the soul and more.

The interview took place in Vancouver, British Columbia, Canada, during the early evening hours of April 8, 2014, over a period coinciding with a noted celestial opposition between Earth, Mars and the sun. The event drew both planets towards the closest approach within their respective orbits while heralding the advent of a tetrad of four dark red blood moons that astronomers anticipate will be visible next week.

Some Christians are said to believe that the blood moon tetrad indicates a pending end of days and second appearance of Christ. Recounting events surrounding a similar campaign of Mars-related opposition Alfred Lambremont Webre offered his alternative perspective, cryptically paraphrasing the first Chancellor of Germany Otto von Bismarck, who reportedly advised nineteenth-century colleagues to “Never believe anything in politics until it has been officially denied.”

The following partial transcript of the April 8, 2014, interview between Jon Kelly (JK) and Alfred Lambremont Webre (ALW) has been edited for clarity. Readers who wish to know more are invited to click the link above to view the interview in its entirety and to read the book, which also contains an extensive bibliography of sources and resource materials.

JK: Can you give us a brief introduction to your synopsis of the book and its purpose?

ALW: This is a time that’s been talked about as the bringing together of science and spirituality and that’s the general approach of the book. By science, we mean the scientific method, in terms of empirical evidence and what I call the law of evidence (with my background as an attorney, as someone who’s been a law professor at the university level and someone who’s been a judge).

I’m familiar with the law of evidence that institutions have used for many centuries to sift through documentary and witness evidence and to reach reasonable conclusions. This is important where you’re dealing with phenomena where either you have eyewitnesses or you’re dealing with documents and you’re trying to establish the integrity of documents, their evidential viability and their authenticity.

From there we’ve gone to areas that traditionally have been thought to be in the area of belief because they’re outside of our universes of time, space, energy and matter. These are intelligent entities that reside outside of time, space, energy and matter. They are things like the intelligent civilization of souls, spiritual beings and God, or Source (God has many, many different names).

Traditionalist thinking about these matters holds them in the realm of belief. However, the approach of science, of replicable empirical evidence (in terms of laboratory protocols and replicable results), has advanced in our time to where we now have empirical evidence. We have findings that qualify as scientific knowledge regarding the intelligent civilization of souls, the human soul, of spiritual beings and of God and of the domains within which they live outside of the multiverse that we can call the spiritual dimensions.

I began to really examine the realm beyond what our canonical science uses string theory to explore and to go beyond string theory into the realm of souls, spiritual beings and Source, to discover and really name through science what we call the omniverse. The omniverse you can say is all the universes of time, space, energy and matter (which is our multiverse) plus all of the intelligent civilizations of souls, spiritual beings and God itself that are located in the spiritual dimensions. That whole totality equals the omniverse.

This is not a positive belief anymore. It’s a positive science. We are putting this forward in the form of a hypothesis. I guess we’re not putting forwards a challenge so much as we are addressing these issues within the discipline of science and saying that it’s time that science and spirituality are in fact being integrated. It’s just a matter of both of these disciplines recognizing each other.

JK: This is movement away from a Cartesian or materialist, atheistic perspective that may be informing a lot of the material sciences that we have today, placing science in a context where there is a spiritual universe, extra dimensions of influence that impact human affairs, planetary, solar and galactic affairs.

ALW: Yes, there are many advanced scientists now. For example, the spiritual dimension of the omniverse provides the energy that human scientists such as Lawrence M. Krauss, author of “A Universe from Nothing” cannot now account for, that is needed for the creation and maintenance of each physical universe in the multiverse. The most advanced scientists are saying, “Hey, string theory doesn’t account for the energy that is sustaining the universe.” It’s the energy of the spiritual dimensions that the conventional sciences cannot account for.

You have advanced scientists such as Lawrence Krauss saying “Wait, we can’t account for the creation and maintenance of each physical universe in the multiverse.” Now, the energy of the spiritual dimension of the omniverse accounts for it.

We have advanced scientists such as Professor Amit Goswami who argues very strongly that contemporary science’s assumption that only matter (which consists of atoms or ultimately elementary particles) is real is inadequate and that a new hypothesis is required. I actually wrote “The Dimensional Ecology of the Omniverse” to fulfill Professor Goswami’s requirement of a new hypothesis of reality and I’m putting it down in this particular horse race.

Read this article and more in the Vancouver UFO Examiner for Examiner.com.

Click Here to Become a Patron and Support Independent Research!