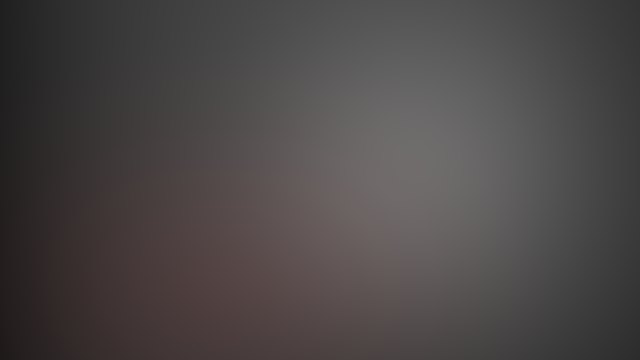 Pentagon Papers leaker Daniel Ellsberg referred to these events as the most important leaks in American history.

But what if there is something more to the leaks than what is already known? What if during his tenure with the American intelligence community Edward Snowden received access to CIA and NSA files concerning UFOs and extraterrestrials?

Active censorship by the British Guardian newspaper was evident prior to a July 17, 2013, live online question and answer session with Edward Snowden when this reporter posted the following question: “Edward Snowden, please comment on the following Google News-syndicated article citing “concerns about PRISM being used to mine online UFO and ET contact-related data as part of an ongoing attempt by the U.S. government to implement tyrannical space wars initiatives. Source: PRISM mining UFO data, targets false flag ET invasion as pretext to space wars”

The Guardian responded through an act of prior restraint in which the question was deleted from their website before the session began. In its place was the following citation stating how “This comment was removed by a moderator because it didn’t abide by our community standards.”

Further inquiry to the Guardian’s CIF Moderation Team generated an email response suggesting that the comment was “blocked because it was considered to be off topic.”

Of the potentially hundreds of questions asked by the public via posting to the Guardian website for this session, only a select number were answered and the majority were simply ignored. However, deleting journalistic questions about internationally-syndicated news articles reveals evidence for an active censorship and stage-management initiative on behalf of the Guardian (and perhaps Edward Snowden’s handlers as well).

The Edward Snowden public leaks concerning NSA’s global spying free-for-all are evidently not in aid of a free and uncensored British press. In William Blackstone’s “Commentaries on the Laws of England” (a set of four volumes published between 1765 and 1769), the notion of Freedom of the Press is reportedly defined as “the right to be free from prior restraints.”

What the Latest Messages Say

The following is a partial transcript of Edward Snowden’s televised interview with German broadcaster NDR, including the text of secret encrypted messages describing contact with psychic human ETs embedded within each of the statements. Encrypted messages not spoken contiguously are isolated numerically (/2). A complete English-language transcript can be found here.

“It’s no secret that every country in the world has the data of their citizens in the NSA. Millions and millions and millions of data connections from Germans going about their daily lives, talking on their cell phones, sending SMS messages, visiting websites, buying things online, all of this ends up at the NSA and it’s reasonable to suspect that the BND may be aware of it in some capacity. Now whether or not they actively provide the information I should not say.”

Secret Message: “Knows an alien. 2/ Variable. Alien. We leave with it.”

“The kind of things that they’re discussing there are two things. They’re talking about filtering of ingest which means when the NSA puts a secret server in a German telecommunications provider or they hack a German router and they divert the traffic in a manner that lets them search through things they’re saying “if I see what I think is a German talking to another German I’ll drop it” but how do you know?”

Secret Message: “First I prove the alien heard our memory.”

Secret Message: “The alien that is human. Then their blood is human.”

Meaning Within the Messages

The first of Edward Snowden’s secret messages identified by this study discusses cognition of something alien or extraterrestrial-related. The second phrase in this part of the transcript appears to describe the acquisition and transportation of something associated with this entity, such as information concerning its existence, as an additional variable or negotiating chip while relieving the NSA of other surveillance-related data.

The second of these messages claims that an ET was listening to people’s thoughts, implying telepathic or psychic abilities, while prioritizing the necessity of proving that this took place (and perhaps proving the existence of telepathy and other little-understood phenomena of consciousness as well).

This could be further understood as an appeal to psychic capabilities as an instrument of espionage and counterespionage, a topic that has received considerable attention in discussions of Remote Viewing.

The third message emphatically identifies an ET as a human being, going so far as to state that it possesses human blood. This involuntary remark could indicate Edward Snowden’s possession of intelligence community medical research data produced during studies of extraterrestrial bodies discovered during crashed UFO recovery operations.

One report of such an incident implicates Dr. Wernher Von Braun as a witness to ET bodies at a recovery site.

In an article outlining the first of Edward Snowden’s unconscious UFO disclosures, Examiner.com discussed the NASA space scientist’s foresight in warning his colleagues that “terrorists, asteroids and ET’s would be categorized under an American “Enemy’s List” to sustain “War Mode” and Pentagon budgets.”

The discovery of three instances of encrypted involuntary statements from Edward Snowden during his recent NDR interview describe psychic human ETs in a way that complies with what this reporter has proposed as a Mineta standard of deductive reasoning.

Former United States Secretary of Transportation and Presidential Medal of Freedom recipient Norman Mineta has explained how the rule of three guides his analytic perspective on questions related to air transportation safety in the following remarks where he states “When you see one of something happen, it’s an accident. When you see two of the same thing happening, it’s a trend. When you see three, it’s a plan.”

More About Secrets of Unconscious Communications