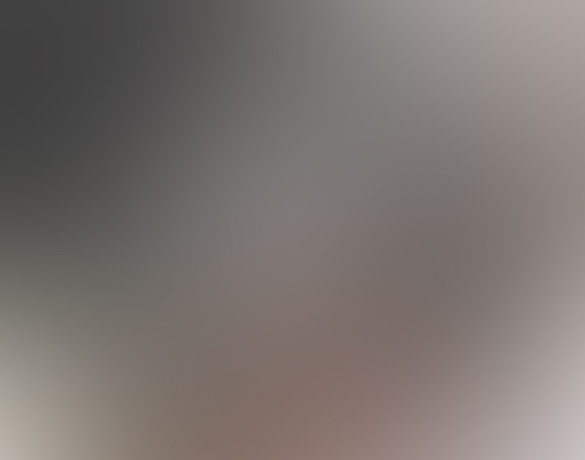 At present we are busy working on our new book, Real Visitors, Voices from Beyond, and Parallel Dimensions, but some new research prompted us to recall when we were invited to make a presentation at the 20th Anniversary of the World Conference of the Ancient Astronaut Society in Las Vegas in 1993. Brad had been a speaker at the First World Conference of the Ancient Astronaut Society in 1974 in Chicago, which featured Erich Van Daniken, and we were delighted when Gene Phillips, the founder of the society, asked us to share our popular presentation “Understanding Our True Origins, Our Full Potential, and Our Ultimate Destiny” at the 20th anniversary gathering. During this lecture, based on on-site research in Egypt, Israel, Jordan, Hawaii, and Peru, we presented evidence of impossible fossils and ancient artifacts indicative of the possible involvement of an advanced technology in our planet’s prehistory.

There were many old friends on the speakers’ roster with whom we were eager to renew acquaintances, but we were so pleased to be able to meet for the first time Dr. Mates (Matest) Mendalevich Agrest (1915-2005) who, in 1959, became the first scientist to present the paleocontact hypothesis that Earth may have been visited by extraterrestrials in ancient times.

While Dr. Agrest was the first among the international tribe of scientists to present the concept that extraterrestrials had interacted with humans in Earth’s vast antiquity, the possibility had been thumping around in the creative minds of writers for quite some time. Work of science fiction aside, nonfiction writers had explored the paleocontact hypothesis since the beginning of the last century. Charles Fort’s The Book of the Damned, 1919, was arguably the first to suggest that we may not be alone—and never had been. In 1954, after folks around the world had begun sighting flying saucers and becoming excited by the possibility of extraterrestrial invasion, Harold Wilkins published his Flying Saucers from the Moon. Imaginations enflamed and research energies enriched by the appearance of more unknown visitors in our skies, other works were soon to follow: Morris K. Jessup, UFOs and the Bible, 1956; Peter Kolosimo, The Unknown Planet, 1957; George Hunt Williamson, Secret Places of the Lion, 1958; Jacques Bergier and Louis Pauwels, The Morning of the Magicians, 1959; Brinsley Le Poer Trench, The Sky People, 1960; Robert Charroux, One Hundred Thousand Years of Man’s Unknown History, 1963; W. Raymond Drake, Gods or Spacemen, 1964; Paul Misraki, Flying Saucers Through the Ages, 1965; John Michell, The Flying Saucer Vision, 1967–and then the breakthrough book that gave the world the term “Ancient Astronauts,” Erich von Daniken, Chariots of the Gods, 1968.

Thus while numerous books about historical evidence of paleocontact had filled adventurous readers’ minds with images of aliens constructing ancient monuments and teaching the rudiments of civilization to early humans—and dozens have arrived at bookstores since—it was Dr. Agrest’s Cosmonauts of Antiquity (also known as the Astronauts of Lore) in 1961 that boldly declared the hypothesis of the first scientist who dared to theorize that extraterrestrials had visited Earth in its antiquity.

Born in Mogliev, Byelorussia in 1915, Agrest attended St. Petersburg State University, and, in 1938, he earned his doctorate in science, physics, and mathematics from the University of Leningrad. In 1970, he became the Chief of the University’s Laboratory. 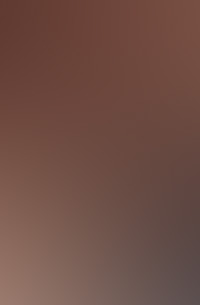 As Dr. Agrest recalled, it was during a summer night in 1959, that the paleocontact hypothesis seemed to burst into fruition in his brain. He had been reading the Biblical book of Genesis in one of the most ancient translation of the Bible into Aramaic, the Torgum Andelessa, when the passages about the Nephilim, commonly noted as the “giants in the Earth in those days,” were in the Aramaic identified as “the fallen ones.” Piecing together the identification of the Nephilim as “fallen ones” or “those who cause others to fall” with the accounts in the apocryphyl book Enoch about the Watchers and Enoch’s ascension into heaven, Dr. Agrest quickly reviewed the stories about the destruction of Sodom and Gomorrah by “angels.” Rather than angelic beings visiting the sinful cities and obeying God’s will to destroy them with heavenly wrath, Dr. Agrest now perceived the great blast that demolished the cities as a nuclear explosion. In 1959, after a controversial series of articles in Moscow’s Literary Gazette presenting the paleocontact theory and enduring ridicule and attacks from his fellow Soviet scientists, Dr. Agrest wrote Cosmonauts of Antiquity in 1961.

At the time that we spoke with Dr. Agrest, he and his family had immigrated to the United States and had been living in Charleston, South Carolina for two years. He was pleased to detail his interpretation of the Old Testament’s account of the destruction of the twin cities of sin, Sodom and Gomorrah. In his view, simply stated, the two cities were fused together under the searing heat of a pre-paleolithic atomic explosion.

In Genesis 19: 1-28, Dr. Agrest told us, we are informed that Lot is waiting by the community gate of Sodom when two angels approach him. Some scholars conclude that Lot must have made prior arrangements to meet these heavenly beings. After their meeting, he escorts the entities to his home where they are fed and lodged.

Such researchers as Professor Agrest maintain that if these angels were wholly spiritual beings, they would not have been interested in an evening meal, nor in a bed for the night.

Later, when the coarse men of Sodom pound on Lot’s door and demand to ”know” his visitors sexually, the an¬gels appear to employ some kind of unusual weapon that instantly blinds the Sodomites and blots out their lust.

When Lot is informed by the heavenly representatives that Sodom will soon be destroyed, he chooses to remain in the city. Neither Lot nor other members of his family seem to take the warning seriously.

However, when the morning sun rises, the angels urge Lot and his family to flee at once. Those who subscribe to Professor Agrest’s theory believe that a nuclear device had been triggered and the “angels” had been assigned to lead Lot and his family away from the blast area.

Perhaps Alien Overlords had become concerned by the rampant sin and perversion being conducted by their hu¬man creations in those cities, and they utilized an nuclear bomb as the fastest way of eliminating the transgressors from the “laboratory.”

Dr. Agrest joked that when he first presented his theory in the former Soviet Union he had been more highly criticized by his Com¬munist colleagues for having read the Bible and other holy works to arrive at certain conclusions than he was for issuing provocative statements about our planet’s unknown history.

The diminutive, white-haired, soft-spoken Dr. Agrest pointed out that a number of sacred Hindu texts also contain many descriptions of airships appearing in the sky at the “beginning of time.” The Manusola Puma tells of “an iron thunderbolt,” a gigantic messenger of death that reduced to ashes the entire race of the Vrishnis and the Andhakas. The corpses were so burned as to be unrecognizable. Those who survived the initial blast had their hair and nails fall out. Pottery broke without any apparent cause, and the birds turned white. After a few hours all foodstuffs were infected. ”The thunderbolt was reduced to fine dust.”

In Dr. Agrest’s opinion the above is a poetic, yet explicit, description of an atomic blast with its resultant deadly fallout.

Another Hindu text records the destruction of three cities by “a single projectile charged with all the power of the universe. An incandescent column of smoke and flame, as bright as ten thousand suns, rose in all its splendor … “

Sacred Hindu texts also tell of the wrath of the Alien Overlords and clearly delineate flying machines, advanced technology, and awesome weapons wielded by supernatural beings in ancient times. The Hindu hymns, the Rig- Veda, constitute some of the oldest known religious documents, and tell of the achievements of the Hindu pantheon.

Indra, who became known as the “fort destroyer” because of his exploits in war, was said to travel through the skies in a flying machine, the Vimana. This craft was equipped with weapons capable of destroying a city. These weapons seem to have had an effect like that of laser beams or a nuclear device.

Another ancient Indian text, the Mahabharata, tells of an attack on an enemy army: “It was as if the elements had been unfurled. The sun spun around in the heavens. The world shuddered in fever, scorched by the terrible heat of this weapon. Elephants burst into flames … The rivers boiled. Animals crumpled to the ground and died … Forests collapsed in splintered rows. Horses and chariots were burned up … The corpses of the fallen were mutilated by the terrible heat so that they looked other than human.”

There are many very old traditions that speak of a war between the forces of light and darkness that raged in humankind’s prehistory. Perhaps there were rival extraterrestrial forces that fought for dominance over prehistoric Earth.

Throughout our world there are accounts of sand melted into glass in certain desert areas, of hill forts with vitrified portions of stone walls, of the remains of ancient cities destroyed by what appears to have been extreme heat–far beyond what could have been created by the torches of primitive human armies. Even conventionally trained archaeologists encountering such anomalous finds have admitted that none of these catastrophes could have been caused by volcanoes, lightning, crashing comets, or conflagrations set by prehistoric humankind.

Rajasthan Times (March 11, 2010) reports: A group of anthropologists working with hill tribes in a remote area of India have made a startling discovery: Intricate prehistoric cave paintings depicting aliens and UFO type craft.

The images were found in the Hoshangabad district of the state of Madhya Pradesh only 70 kilometers from the local administrative center of Raisen. The caves are hidden deep within dense jungle. A clear image of what might be an alien in a space suit can be seen in one cave painting along with a classical flying saucer-shaped UFO that appears to be either beaming something down or beaming something up, in what might be an ancient UFO abduction scenario. A force-field or trail of some sort is seen at the rear of the UFO. Also visible is another object that might depict a wormhole, explaining how aliens were able to reach Earth. This image may lead UFO enthusiasts to conclude that the images might have been drawn with the involvement of aliens themselves.

Illustrations: Sherry at the lectern while Brad checks the order of slides for their presentation at the 20th Anniversary of the Ancient Astronauts Society in Las Vegas.