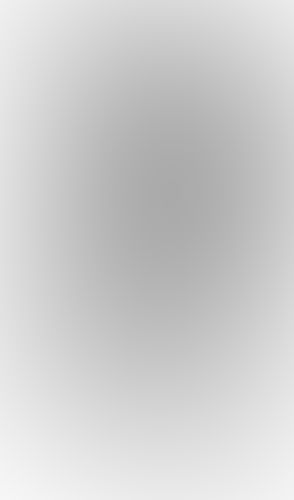 According to Salter, one of the residents of St. Fillans came running, shouting that they couldn’t move the rock or they would kill the fairies.  At first Salter thought the man was joking.  Then came the series of angry telephone calls.

Salter attended a meeting of the community council where he learned that the council was considering lodging a complaint with the planning authority, which was likely “to be the kiss of death for a housing development in a national park.”

if you missed Part I in this series click here: https://www.ufodigest.com/article/leprechaun-0316

Although the Planning Inspectorate has no specific guidelines on how to deal with fairies, a spokesman told Salter that  “Planning guidance states that local customs and beliefs must be taken into account when a developer applies for planning permission.”

Salter was forced to redesign the new estate so that the wee people’s rock would be in the center of a small park nicely situated within the new community.

In the Scandinavian countries, counterparts of the Leprechauns are known as the Hidden Folk–and you don’t mess with them, either.

In 1962, the new owners of a herring-processing plant in Iceland decided to enlarge their work area.  According to Icelandic tradition,  landowners must not fail to reserve small plots of their property for the Hidden Folk.  In an effort to afford serious repercussions, a number of the rural residents earnestly pointed out to the new owners that the  extension of the plant that they planned would encroach upon the plot of ground that the original owners had set aside for the little people who lived under the ground.

The businessmen didn’t harbor those old folk superstitions, and they  employed a topnotch, highly qualified construction crew who possessed modern, unbreakable drill bits and plenty of explosives to proceed with the expansion.

But the bits of the “unbreakable” drills began to shatter, one after another.  An elderly farmer came forward to repeat the warning that the crew was trespassing on land that belonged to the Hidden Folk.  At first the workmen laughed at the old man and marveled that such primitive superstitions could still exist in modern Iceland.  But the drill bits kept breaking.

Finally, the manager of the plant, although professing disbelief in such superstitions, agreed to the old farmer’s recommendation that he consult a local seer to establish contact with the Hidden Folk and attempt to make peace with them.  After going into a brief trance-state, the seer informed the manager that there was one particularly powerful member of the Hidden Folk who had selected this plot as his special dwelling place.  He was not an unreasonable being, however.  If the processing plant really need the plot for its expansion, he would agree to find another place to live.  The Hidden One asked only for five days without any drilling, so that he could make his arrangements to move.

The manager felt a bit strange bargaining with a being that was invisible, but he looked over at the pile of broken drill bits and told the seer that the Hidden One had a deal.  Work on the site would be shut down for five days to give him a chance to move.

After five days had passed and the workmen resumed drilling, the work proceeded smoothly and efficiently until the addition to the plant was completed.  There were no more shattered bits on the unbreakable drill.

In the Boston Herald, December 25, 2005, Ric Bourie wrote that highway engineers and construction crews in Iceland still regard the Hidden Folk, very seriously:  “Mischief befalls Icelandic road builders who can’t recognize good elf domain, including breakdowns of heavy equipment and even worker mishaps and injuries. It is said to have happened on more than one job site, enough to take the mythology seriously. Consequently, road planners here consult with an elf expert before routing a road or highway through rock piles that may be elf habitat.”

Bourie interviewed elf seer Erla Stefansdottir, who named elves, gnomes, dwarves, angels, light-fairies, and “the hidden people” as all belonging to classes of what she called elfin beings.   Any of the above-named entities, Ms Stefansdotter said, “…can get quite upset if we ruin their houses or go against their wishes. They get very upset and we have to face the consequences. They can put a spell on us.”

Wm. Michael Mott, author of Caves, Caverns, and Concealed Creatures, issues a number of warnings pertinent to those humans who might be seriously considering dealing with Leprechauns, Hidden Folk, Elves, the Fey, and other entities:  “Encounters with elemental beings are not all so charming. Elementals are notoriously capricious and unpredictable, and are usually indifferent at best, and dangerous at their worst. Theosophists, Rosicrucians, and Spiritualists tended to theorize that fairies are elementals, but are also spirits (existing on ‘another plane’; yet the Neoplatonists, and later the alchemists of the middle ages, believed them to be of a finer and more subtle type of matter, somewhere ‘between man and the angels.’ They had flesh, after a fashion, and fleshly desires to go with it. The wizard Merlin (his name meaning ‘of the sea’ or ‘of the water’) was supposedly the result of the lust of an elemental for a human woman.

“ According to Reverend Robert Kirk (The Secret Commonwealth of Elves, Fauns, and Fairies, 1691), the fairies who abducted and later released him were composed of ‘congealed air,’ or a finer type of matter. Yet, in defense of the spiritual aspect or theory, fairy associations and fairyland entrances were often with subterranean regions or necroploleis, such as barrows, tumuli, ruined hill-forts, mounds, and the like. Caves and wild gorges and chasms also had the same types of fairy associations, however, as did crevices or cracks in rocks which were too narrow for human beings to enter.

“Through the centuries, some have theorized that the fairies of the British Isles were fallen angels, the souls of the pagan or unbaptised dead, or the actual hidden descendants of races (or species?) of man which had been defeated by the Celts and driven into hiding, eventually beneath the ground. Here, after long ages, they often became diminutive in form and stature, due to cramped quarters, poor nutrition, and inbreeding. Walter Evans-Wentz reports an interesting belief (as expressed in The Fairy Faith in Celtic Countries, 1911, pp. 166-67), held by David MacRitchie previously, who in his book The Testimony of Tradition (1890), noted the similarity between the word pixies, or pixys, and Picts, a Brone-Age, pre-Celtic people whom he saw as non-Aryan (a possibility, at least before the coming of the Celts) and dwarf-like, the latter now known to be false.

“But what might years of interbreeding in a subterranean environment do to the stature of a people, or isolated groups of survivors in hiding from taller, stronger invaders? The finding of apparent Neolithic dwarf remains–an entire tribe of dwarfs–in Switzerland in 1893, lent credence to the theory of ancient, pygmy races who had been driven into a slinking, clandestine, and eventually subterranean existence throughout Europe. To the Victorians, this led to the conclusion that dwarfism and midgetism were possibly due to the racial residue of Cro-Magnon types interbreeding with these ancient peoples, and that the fairies were simply natural and earlier forms of man. For a time, even the Spiritualists and Theosophists adopted this theory as their own. This didn’t last, and the soon these groups were back into the esoteric, elemental or devic (nature spirit) concepts.”

Whatever your own theories about the origins and customs of Leprechauns and Elves, it is best that you do not allow too many draughts of green beer to embolden you to pick an encounter with one of the wee ones on St. Paddy’s day.