UFODigest.com » UFO News » SOME VERY GOOD REASONS NOT TO GRAB A LEPRECHAUN ON ST. PATRICK’S DAY 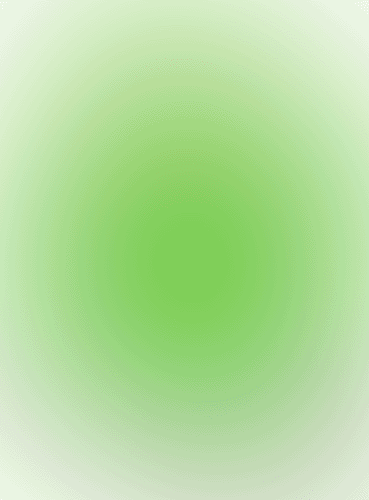 The Leprechaun, dressed in bright green clothing with a red cap and a leather apron, was originally known as the cheerful cobbler, a wee person who takes delight in repairing humans’ shoes for a reward of a bowl of porridge.

The classic folk tale of the Leprechaun is that of a loutish human catching one of the wee folk and demanding to be given the little cobbler’s pot of gold.  In these stories, the sly Leprechaun always manages to trick the greedy clod who has grabbed him by causing the human to glance away from him.  Once a human takes his eyes off the Leprechaun, the wee one has the power to vanish in a flash.

Over the centuries, the countryfolk of Ireland have learned not to disturb the earthen mounds or raths in which the Leprechauns dwell. Those who would wantonly violate their domicile is to invite severe supernatural consequences upon themselves.

The trouble at the rath outside the village of Wexford began on a morning in 1960 when the workmen from the state electricity board began digging a hole for the erection of a light pole within the parameters of a rath, which may extend for one or two acres.  The villagers warned the workmen that the pole would never stay put, because no self-respecting community of wee folk could abide a disturbance on their mound.

The big city electrical workmen had a laugh at the expense of the villagers and said some uncomplimentary things about the level of intelligence of the townsfolk of Wexford.  They finished digging the hole to the depth that experience had taught them was adequate, then they placed the post within the freshly dug opening and tamped the black earth firmly around its base.   The satisfied foreman pronounced for all within earshot to hear that no fairy folk or Leprechaun would move the pole from where it had been anchored.

However, the next morning the pole tilted at a sharp angle in loose earth.

The foreman of the crew voiced his suspicions that the Leprechauns had received some help from some humans bent on mischief.  Glaring his resentment at any villagers who would meet his accusative eyes, the foreman ordered his men to reset the pole.

The next morning that one particular pole was once again conspicuous in the long line of newly placed electrical posts by its weird tilt in the loose soil at its base.  While the other poles in the line stood straight and firmly upright, that one woebegone post was tilted askew.

The foreman had endured enough of such rustic humor at his expense.  He ordered the crew to dig a hole six feet wide, place the pole precisely in the middle, and pack the earth so firmly around the base that nothing short of a bomb could budge it.

A Special St. Patrick’s Treat from Brad and Sherry Steiger

The next morning the intrusive pole had once again been pushed loose of the little people’s rath. The foreman and his crew from the electricity board finally knew when they were licked.  Without another word to the grinning villagers, the workmen dug a second hole four feet outside of the mound and dropped the pole in there.  And that was where it stood as solid as the Emerald Isle for many years to come.

Author, researcher, journalist Patricia Ress recently recalled that when she visited Ireland some years ago, she stayed with an Irish family.

“They owned a large hotel that dated back to before the Easter Rebellion (1916) and had housed lots of IRA activity,” Patty said. “The owner of this place, Mr. Conroy, told me that there were fairy rings all around the area outside of Dublin–especially in St. Kevin’s Bed.

“There is a story of a truck driver that made fun of the villagers for their superstition about the ‘fairy circles‘ and to prove how stupid he felt they were, he drove his truck through one of them!  Then he got out of the truck, laughed at the crowd watching him, and promptly died of a heart attack! Conroy swore that this man was a big fellow in perfect health.”

Patty heard another story while she was in Ireland about some construction workers who wanted to remove a stump near a fairy ring. They felt that since it wasn’t actually in the fairy ring, the coast was clear. They tried to dynamite the stump three or four times and nothing happened.  They checked the dynamite, the wiring, and so forth and nothing happened.   Finally, they all saw a little man dressed in green climb out of the stump and run. Just as he ran off, the stump exploded into a million pieces!   “As crazy as this sounds,” Patty said, “there was a photographer there from the local newspaper who had heard about all the problems and was going to take a picture of them trying to blow up the stump. He did actually get a picture of the leprechaun.”

However, Patty was told,  it is locked away somewhere in Trinity College.

Patty recalled many conversations with the maid at the hotel where she stayed and she said that she had heard many stories of people who had seen the “wee folks.”  And on one thing all the stories agreed, Patty said, “You never want to cross one! Not ever!”

In The Times , November 21, 2005, Will Pavai and Chris Windle tell how a small colony of wee folk living beneath a rock in St. Fillans, Perthshire, cost developer Marcus Salter, head of Genesis Properties, nearly $40,000 when community pressure forced him to scrap his building plans and start again.  A group of his workmen had been about to move a large rock from the center of a field to make way for the new housing development.