UFODigest.com » Aliens and UFOs » Alien Abduction » SPIRIT MIMICS OR VISITORS FROM OTHER DIMENSIONS? 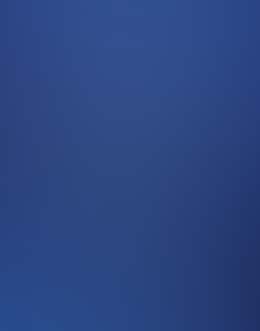 Since the publication of our book Real Encounters,  Different Dimensions, and Otherworldly Beings (Visible Ink  Press, 2013), we have received numerous entreaties from  readers who have found themselves dealing with Spirit  Mimics,  other-dimensional beings that often pose as  ordinary men and women in order to accomplish goals that  seem beyond our present human perspective to comprehend.   In appearance, these beings seem to be about 97% just  like us, but there is always that 3% or so that betrays  them.  Perhaps it is something in their manner of speaking  or their choice of wearing apparel that just doesn’t seem  quite right.

Many of these accounts reported strange encounters with  entities that masqueraded as humans in ordinary situations  presented in everyday society, but something seemed false,  off-key, and strangely haunting. Some of our  correspondents described their encounter playing out as if  they were seeing a ghost in broad daylight walking the  streets of their city or as if they found themselves  interacting with a manikin that had escaped from the  display window of a department store.  Most disturbing  were those individuals who found themselves temporarily  deceived by entities impersonating their family members.

In his Adventures with Phantoms (London, Quality Press,  1946), it seems as though British author Thurston Hopkins was also onto the Spirit Mimics.  He said that he had come  to recognize a kind of entity that appears to occupy a  spiritual no-man’s land, and he described them in this  way:

They are creatures who have strayed from some unknown  region. They dress like us; pretend they belong to mankind  and profess to keep our laws and code of morals.  But in their presence we are always aware that they are phantoms  and that all their ideas and actions are out of key with  the general pitch and tone of normal life.

We have said many times that we are puzzled by the Spirit Mimics true agenda.  Perhaps they are among the dark  entities of ancient times, who seek to enslave the souls  of humankind.  If this is true, their numbers and their  ventures into our world are happening more often and  becoming more common.  Indeed, it often seems of late that  their program of dominating and controlling humankind  might have been accelerated according to some larger  cosmic plan to which our species is not privy.

One of our European correspondents who has keenly  developed psychic abilities and is usually able to read  people with remarkable accuracy, wrote recently to share  this encounter with Spirit Mimics that she believed were  beings from another world:

I was eating at a restaurant with my husband and daughter.  I noticed a weird vibration emanating from this couple  right next to us. When my husband left to get our drinks, I looked over at  the couple and made direct eye contact with each of them.

1. Very tall and thin and perfect looking. My rational mind thought they must be professional models.

2. They had high-cheekbones, very elongated.  Very blue  eyes. No flaws on their faces.

4. They exuded a sense of eerie specialness, separateness,  entitlement.  No warm fuzzy feelings toward us or our  daughter.

What really struck me when I made eye contact was that I  could not read them. They blocked me. I think they knew  that I sensed they were very human-looking ETs. I love to people-watch and often people watch my daughter.   She is very cute, so I make a lot of eye contact and  sense people’s goodness and humanity.  These beings looked  human, but I did not sense human, but other. They did  eat, very small amounts of soup, yogurt maybe a tea.

After we made initial eye contact, I think I spooked  them.  They rose up at the same time and walked off in  opposite directions.

I saw he had no keys in his hands, she had no purse. They  didn’t even say good-bye to one another or hug or do the  chit-chat good-bye that normal people might do. I have seen these ETs or some like them so many times over the years, but this was the first time I was not really  afraid but very curious.

Gary, 67, wrote to us to report that in the spring of  2003 he was driving through Oregon and stopped for gas at  a small station off the regularly traveled highway in the  area.  He was drawn to the place because it reminded him  of some of the old gas stations that were popular when he  was a kid back in the late 1940s in the Midwest.

When I walked inside, I had the strangest feeling that I  had walked into a movie set depicting American life a few  decades ago, Gary said.  The man who was the obvious  owner of the station wore coveralls with the emblem of the  gas company prominently placed on the chest of the  uniform.  A white-haired lady behind a small lunch counter  gave me a warm, motherly smile.  Two men in plaid shirts  and jeans who seemed to be typical bearded lumberjacks,  nodded in my direction and then went back to examining a  display of fish hooks.  A boy, maybe 10-years-old, sat at  a table reading comic books that he had removed from a  rack of magazines.  As I passed the magazine spindle, I  thought that they must all be collector’s issues for sale,  because I saw the covers of The Saturday Evening Post,  Colliers, Look, Argosy, and True: The Man’s Magazine.   When I saw that the kid was flipping through a Captain  Marvel comic, I couldn’t resist telling him to treat it  gently.  It was worth a lot of money.

https://www.ufodigest.com/article/spirit-mimics-0914As Gary walked across the cozy interior to pay for his  gas, the man in the coveralls seemed uncertain what to do  with the hundred dollar bill that he handed him.  I’m  sorry, Gary said.  That’s the smallest that I have.  I’ve been on vacation and I always try to save the large  bills for emergency.  Now I’m out of money and needed gas,  so it’s kind of an emergency.

The man held the bill, smiled, and looked toward the woman  behind the counter.

Look, I have credit cards, if that works better for you,  Gary said.

The woman, the All-American Mom,  crossed to the cash  register and took the bill from the man’s hand.

While she was counting out the bills, one of the  lumberjacks spoke to Gary.  Where you heading, friend?