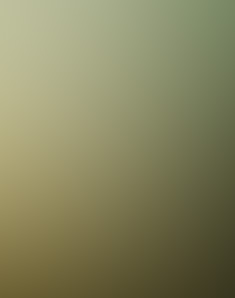 If you missed Part I of this series simply click here:  https://www.ufodigest.com/article/strange-deaths-0319

Jim Keith died in 1999. The author of many books including Mind Control, World Control, Jim died in hospital during surgery to repair a broken leg he received while attending the infamous Burning Man Festival in Nevada. It seemed a blood clot was released during the surgery and traveled to the heart causing a pulmonary edema.

Ron Bonds published books on unsolved mysteries, unexplained phenomena, and conspiracies–from the Kennedy assassination to the ominous black helicopters of the New World Order. In the subculture of the paranormal, his reputation was such that writers for “The X-Files” used to call him for ideas.

In April 2001, fifteen hours after eating a meal in a Mexican restaurant in Atlanta, Bonds suffered an agonizing evening of vomiting and diarrhea.  He was taken by ambulance from their home to Grady Memorial Hospital where he died.

During an autopsy, the medical examiner found copious amounts of blood in the bowels, so he sent a stool sample to the Georgia Public Health Laboratory in Decatur. The lab discovered high levels of Clostridium perfringens Type A, a bacterium often seen in small quantities in beef and poultry. When it occurs in larger quantities — anything above 100,000 organisms per gram is considered unsafe — it can release toxins that cause diarrhea, vomiting and, rarely, hemorrhaging. The bacterium figures in 250,000 cases of food poisoning a year, the CDC estimates, only seven of which result in death.

Four days after Bonds ate there, epidemiologists visited El Azteca to collect samples of ground beef from the steam table. When C. perfringens becomes dangerous, it usually has to do with cooked meat being held at too low a temperature. The lab found 6 million organisms per gram — 60 times the safety threshold.

One obvious question is: Why didn’t other people get sick too?

When astronomer and archaeologist M. K. Jessup allegedly committed suicide in Dade County Park, Florida., in 1959 certain alarm bells should have gone off. There is no doubt the well-known author of such influential works as The Case for the UFO and The Expanding Case for the UFO had been depressed. Things had not been going well for him, and he had, it must be admitted, indicated his gloom to close friends, Ivan Sanderson, the biologist, and Long John Nebel, the well-known New York City radio host. Sanderson reported him disturbed by “a series of strange events” which put him “into a completely insane world of unreality.”

Was the reality Jessup was faced with at the time “completely insane” or were there, perhaps, forces driving Jessup to the edge, forces with a plan?

Researcher Anna Genzlinger thoroughly investigated Jessups’s death. Her conclusion: “He was under some sort of control.”

If you would like more information or to order this book through AMAZON.COM simply click on its title: Real Aliens, Space Beings, and Creatures from Other Worlds

These were the days of secret government mind-control experiments which have only recently been uncovered.

Certain facts about the Jessup case raise redflags. For example, no autopsy was performed, contrary to the state law. Sergeant Obenclain, who was on the scene shortly after Jessup’s body was discovered, has said for the record, “Everything seemed too professional.” The hose from the car exhaust was wired on; and it was, strangely, washing machine hose.

Jessup died at rush hour, with more than the usual amount of traffic passing by. Some say that Jessup had been visited by Carlos Allende (of Philadelphia Experiment fame) three days before his death and, according to his wife, Jessup had been receiving strange phone calls. We know the Navy was very much interested in what he was doing; and we all know it is the ONI (Office of Naval Investigations) that has been in the forefront, from the very beginning, of the UFO cover-up.

And what of particular interest was Jessup investigating at the time? Something that was top secret and would remain so for some time: the Philadelphia Experiment.

Dr. James McDonald, senior physicist, Institute of Atmospheric Physics, and also professor in the Department of Meteorology at the University of Arizona, died in 1971 purportedly of a gunshot wound to the head. There was no one who had worked harder in the 1960s than McDonald to convince Congress to hold serious, substantial subcommittee meetings to explore the UFO reality of which he was thoroughly convinced. He was definitely a thorn in the side of those who maintained the official cover-up.

McDonald, allegedly depressed, shot himself in the head. He didn’t die, but he was confined to a wheelchair.  Several months after his attempted suicide, he allegedly got in an automobile, drove to a pawnshop, purchased another pistol from his wheelchair, drove to the desert, and killed himself.

Frank Edwards, the noted news commentator, author of Flying Saucers: Serious Business, died of an alleged heart attack on June 24, 1967, on the 20th anniversary of the Kenneth Arnold sighting. Was that coincidence?

It so happened that a “World UFO Conference” was being held in New York City at the Commodore Hotel on that very day in June, chaired by UFO publisher and author Gray Barker. Barker stated publicly that he had received two letters and a telephone call threatening that Frank Edwards would not be alive by the conference’s end. It definitely looks like someone was sending a message.

The list of mysterious deaths of individuals involved in UFO research and even among those who displayed an interest has grown frighteningly long over the years. Their numbers even include high-ranking government officials and celebrities.

Did former Secretary of Defense James Forrestal really commit suicide as purported by jumping out a hotel window at about the time saucers may have been crashing down in the southwestern desert?

Was UFO writer Damon Runyon, Jr.’s suicidal plunge off a Washington D.C. bridge in 1988 really an act of will?

What really happened to Dr. B. Noel Opan who, in 1959, after an alleged visit by MIBs, disappeared, as did Edgar Jarrold, the Australian UFOlogist, in 1960?

And what of Dorothy Kilgallen, the most famous syndicated female journalist of her day. People who didn’t read her column and articles were familiar with her appearance as a regular on the popular television program What’s My Line? Stationed in England in 1954 – 55, and privy to the highest levels of English society and its secrets, she wired two unusual dispatches which may have contributed to her death.

The first, sent in February 1954, mentioned a “special hush-hush meeting of the world’s military heads” scheduled to take place the following summer.

The 1955 dispatch, which barely preceded her death from an alleged overdose of sleeping pills and alcohol, quoted an unnamed British official of cabinet rank who stated: “We believe, on the basis of our inquiry thus far, that flying saucers are staffed by small men–probably under four feet tall. It’s frightening, but there is no denying the flying saucers come from another planet.”

Whatever the source (rumored to be the Earl of Mountbatten), this kind of leak in the Cold War atmosphere of the mid- 1950s was an unacceptable leak.  The secret CIA-orchestrated Robertson Panel on UFOs had met in 1953 and issued the Robertson Report that represented a new hard-line military attitude toward covering up all significant UFO phenomena. The year 1953 and the meeting of the Robertson Panel truly initiated the UFO cover-up as we know it today.

Did Dorothy Kilgallen actually commit accidental suicide? There appears to be an excellent probability that she had help.

Certainly nothing is stranger and breeds speculation more quickly, than the 30-some-odd deaths associated with SDI (Star Wars) research at Marconi Ltd. in England between approximately 1985-1988. Here in capsulated form is a list of a few of the more bizarre deaths:

Ashad Sharif, another Marconi scientist, reportedly tied a rope around his neck, and then to a tree, in October 1986, got behind the wheel of his car and stepped on the gas with predictable results.

In March of 1988, Trevor Knight, also associated with Marconi, died of carbon monoxide poisoning in his car.

Peter Ferry, marketing director of the firm, was found shocked to death with electrical leads in his mouth (August 1988).

Also during the same month of the same year, Alistair Beckham was found shocked to death with electric leads attached to his body and his mouth stuffed with a handkerchief. He was an engineer with the allied firm of Plessey Defense Systems.

Andrew Hall was found dead in September of 1988 of carbon monoxide poisoning.

What, you may be asking, does SDI research have to do with the deaths of UFO investigators?

Theoretically, quite a lot. If, as many investigators have hypothesized, Star Wars research was initiated with the dual purpose of protecting “us” against Soviet aggression and/or the presence of UFO craft in our atmosphere, then several possibilities arise. Most compelling is the idea that the soviet KGB, realizing that the Western powers were on the verge of perfecting a high-powered beam-weapon that could be used from outer space or atmospheric space against them, marshaled an all-out espionage offensive to slow or destroy the project. If this scenario is true, and the weapon was indeed successfully developed, we have an explanation for the collapse of the Soviet Union (“Surrender or you might be incinerated”).

Other explanations have been offered. For example, scientists working on the project discovered the true nature of the research they were involved with and the overwhelming stress led them to suicide. Or they discovered that their real collaborators were aliens or Western politicians working with/for Gray aliens. One thing seems obvious. Something went terribly wrong at Marconi. Scientists usually don’t commit the kinds of bizarre, “unscientific” suicides we find here.

One other possibility is that a contingent of unfriendly aliens got wind of what GEC and Marconi and its affiliates were up to and, to protect themselves, created enough psychic trauma within the minds of many of the scientists to drive them to suicide.

But if this is so, why have the deaths stopped? Has the project been shelved?

Highly unlikely. The best bet is that the project was completed, roughly about 1988, and whatever it is, beam-weapon or otherwise, it is now operational.

UFOlogy is apparently not a particularly safe area to research or even to enjoy as a hobby.