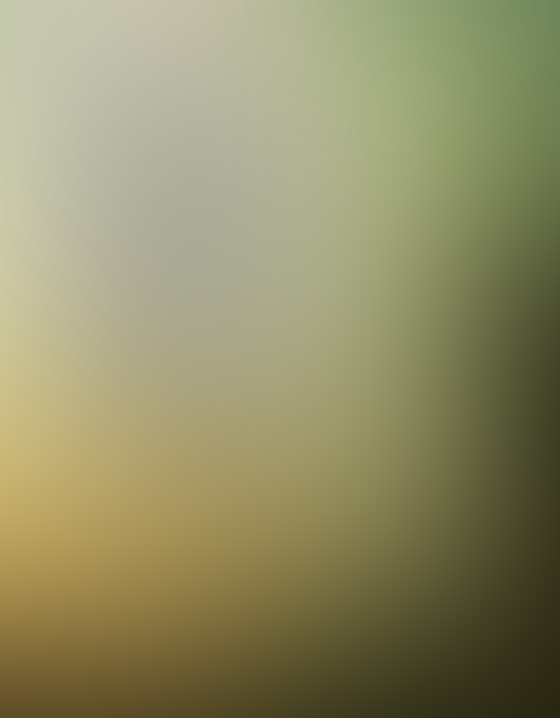 [Excerpted from their book Real Aliens, Space Beings, and Creatures from Other Worlds.  Visible Ink Press, 2011]

The annals of UFOlogy have always been frighteningly filled with the deaths of UFOlogists from unusual cancers, heart attacks, questionable suicides and all manner of strange happenings.  Professor G. Cope Schellhorn has observed that mysterious and suspicious deaths among UFO investigators are almost as old as the phenomenon itself.

In 1971, the well-known author and researcher Otto Binder wrote an article for Saga magazine’s Special UFO Report titled “Liquidation of the UFO Investigators.” Binder had researched the deaths of “no less than 137 flying saucer researchers, writers, scientists, and witnesses” who had died in the previous 10 years, “many under the most mysterious circumstances. ” The cases Binder offered were loaded with a plethora of alleged heart attacks, suspicious cancers and what appears to be outright examples of murder.

Phil Schneider was a self-taught geologist and explosive expert. Of the 129 deep underground facilities Schneider believed that the U.S. government had constructed since World War II, he claimed to have worked in thirteen of them. Schneider maintained that Gray humanoid extraterrestrials worked side by side with American technicians at the bioengineering facility at Dulce, New Mexico.  In 1979, a misunderstanding arose between the aliens and the earthlings. In the ensuing shootout, 66 Secret Service, FBI and Black Berets were killed, along with an unspecified number of Grays. It was during the violent encounter that Schneider received a beam-weapon blast to the chest, which later caused his cancer.

Schneider died Januarv 17, 1996, reportedly strangled by a catheter found wrapped around his neck. If the circumstances of his death seem highly controversial, they are matched by the controversy over his public statements uttered recently before his death.

If Schneider was telling the truth, he obviously broke the code of imposed silence to which all major black-budget personnel are subjected. The penalty for that misstep is presumably termination. Schneider maintained that numerous previous attempts had been made on his life, including the removal of lug nuts from one of the front wheels of his automobile to encourage a fatal automobile accident. He had stated publicly that he was a marked man and did not expect to live long.

Some of Schneider’s major accusations are worthy of attention:

(1) The American government concluded a treaty with Gray aliens in 1954. This mutual cooperation pack is called the Grenada Treaty.

(2) The space shuttle has been functioning with special metals provided by the aliens. A vacuum atmosphere is needed for the rending of these special alloys, thus the push for a large space station.

(3) Much of our stealth aircraft technology was developed by back-engineering crashed alien craft.

(6) The World Trade Center bomb blast and the Oklahoma City blast were achieved using small nuclear devices. The melting and pitting of the concrete and the extrusion of metal supporting rods indicated this. (Remember, Schneider’s forte, he claimed, was explosives. )

Finally, Phil Schneider lamented that the democracy he loved no longer existed. We had become instead a technocracy ruled by a shadow government intent on imposing their own view of things on all of us, whether we like it or not. He believed many of his best friends had been murdered in the last 22 years, eight of whom had been officially disposed of as suicides.

Whatever we think of Phil Schneider’s claims, there is no denying that he was of peculiar interest to the FBI and CIA. According to his widow, intelligence agents thoroughly searched the premises shortly after his death and made off with at least a third of the family photographs.

Another disturbing case is the death of Ron Rummel, ex-Air Force intelligence agent and publisher of the Alien Digest, on August 6, 1993. Rummel allegedly shot himself in the mouth with a pistol. Friends say, however, that no blood was found on the pistol barrel and the handle of the weapon was free of fingerprints. Also, according to information now circulating, the suicide note left by the deceased was written by a left-handed person. Rummel was right-handed. Perspiration on the body smelled like sodium pentothal–or so it is alleged.

If you would like more information or to order this book through AMAZON.COM simply click on its title: Real Aliens, Space Beings, and Creatures from Other Worlds

The Alien Digest ran to seven limited issues, all now almost impossible to acquire. Ron Rummel’s magazine was touching on sensitive issues such as the predator/prey aspect of the alien-human relationship and the use of humans as food and recyclable body parts. Did Rummel cross a forbidden line? It would seem so. But which line, and where? Interestingly enough, one of Rummel’s friends was Phil Schneider, and the two had been collaborating.

Ron Rummel’s “Alien Digest” Volimes 1-4 (of 7) are available <thanks to Project Camelot> at the link below:

An equally disturbing death is that of Ron (Jerrold) Johnson, at the time MUFON’s Deputy Director of Investigations. Johnson was 43 years old and, it would seem, in excellent health. He had just passed a recent physical examination with the proverbial flying colors.

However, on June 9, 1994, while attending a Society of Scientific Exploration meeting in Austin, Texas, Johnson died quickly and amid very strange circumstances. During a slide show, several people sitting close to him heard a gasp. When the lights were turned back on, Johnson was slumped over in his chair, his face purple, blood oozing from his nose. A soda can, from which he had been sipping, was sitting on the chair next to him.

Did Ron Johnson die of a stroke? Possibly. An allergic reaction? Another possibility.

Some of the more outstanding facts of Ron Johnson’s life might easily lead a more skeptical-minded person to a tentative conclusion that his death was probably neither accidental nor natural. For instance, his most recent job was with the Institute of Advanced Studies, purportedly working on UFO propulsion systems. He had been formerly employed by Earth Tech, Inc., a private Austin, Texas, think tank headed by Harold Puthoff. It would appear that he held high security clearances, traveled frequently between San Antonio and White Sands, and had attended two secret NATO meetings in the last year or so. One of those meetings, it is rumored dealt with ET communications. Although advanced in years, there are some who believe that Dr. J. Allen Hynek’s death was because of “strange circumstances,” due to the high number of researchers who have died of brain tumors or cancer. If all or most of the facts offered above are accurate, one thing seems obvious: Johnson was walking both sides of the street. This in itself was highly dangerous, and he may have paid the ultimate price in an attempt to serve more than one master.

As for exactly what killed Ron Johnson, a number of possibilities beyond natural ones present themselves. It is quite easy in this day and age to induce strokes through chemicals or pulsed radiation. It is just as easy, and has been for some time, to induce heart attacks and other physical debilitations, such as fast-acting cancers. The best bet is that Ron Johnson was eliminated by a quick-acting toxin, perhaps a nerve agent. As for exactly why he was killed, we will probably never know. The autopsy has been officially classified as inconclusive.

Another death involving elements of high strangeness is that of Ann Livingston, who died in early 1994 of a fast form of ovarian cancer. Livingston made her living as an accountant, but she was also a MUFON investigator and had in fact published an article entitled “Electronic Harassment and Alien Abductions” in the November 1993 MUFON Journal.

Some facts which seem relevant to the case stand out. At 7:15  A.M., December 29, 1992, Livingston’s apartment, which was close to O’Hare airport in Chicago, was lit up brightly by a silver-white flash. She was accosted later in the day while in her apartment parking lot by five MIBs (Men in Black) ,which she described as being almost faceless and carrying long, flashlight-like black objects. She was rendered unconscious.

What, we must ask, assuming her story is true, was done to her at this time, and why? And did it have anything to do with her later rapidly-advancing ovarian cancer?

It is not a well-known fact that Ann Livingston had been previously abducted. Could genital intrusions from past UFO abductions have poisoned in some way Ann Livingston’s system? That is exactly the suspicion that  Karla Turner (author of Masquerade of Angels, Taken, and Into the Fringe) had about the breast cancer that preceded her own death during the summer of 1996. Both publicly and privately, Karla Turner held up the specter of alien retaliation for statements that she had made in print, especially in Masquerade of Angels. How much her suspicions were founded in reality we will probably never know.

Danny Casolaro, an investigative reporter looking into the theft of Project Promise software, a program capable of tracking down anyone anywhere in the world, died in 1991, a reported suicide.

Brian Lynch, young psychic and contactee, died in 1985, purportedly of a drug overdose. According to Lynch’s sister, Geraldine, Brian was approached approximately a year before his death by an intelligence operative working for an Austin, Texas, PSI-tech company. Geraldine said they told Brian they were experimenting on psychic warfare techniques. After his death, a note in his personal effects was found with the words “Five million from Pentagon for Project Scanate.”

In the 1980s Eastern Airlines pilot Capt. Don Elkin committed suicide. He had been investigating the UFO cover-up for over 10 years and, at the time, was deep into the study of the Ra Material wit Carla Rucker. There are reports of negative psychological interferences having developed during this latter investigation.