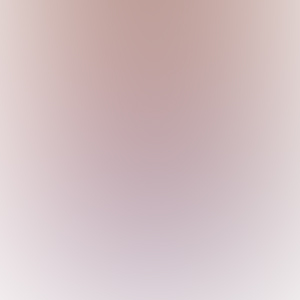 In humans, brain activity consistent with that of mirror neurons has been found in the pre-motor cortex, the supplementary motor area, the primary somatosensory cortex and the inferior parietal cortex.

As is well-documented, a human mother will spontaneously lactate upon hearing the cries of her infant. Additionally, some men have apparently been known to develop what have been called ‘sympathetic’ labor pains and other symptoms that, at least partially, mirror their wife’s pregnancy experience. This manifestation is commonly referred to as ‘Couvade Syndrome’ or ‘Sympathetic Pregnancy’.

That we are hard-wired to empathize with the joy and pain of others indicates that we are essentially a cooperative and compassionate species having the law of attraction always in play. Mirror neurons become even more important when understanding the brain’s tendency to ‘fill-in’ the most probable scenarios. And while they are very important, they comprise just one aspect of seemingly endless biological data that the brain must process each day.

Other aspects are specific differing interstitial heart rhythms that have been found to correspond to predominant emotions of love or anger. These underlying rhythms can be interpreted by the brain as either wellness or illness occurring in the body. The brain will then respond to this data; automatically releasing what it deems as the appropriate body chemicals. Endorphins and L-dopamine, triggered by specific emotions and events, are constantly released through complex neurotransmitters. Cascading throughout the body, they will transform ones very cell physiology. While primarily considered a process whereby neurons communicate with each other through electro-chemical pathways, research on memory has unearthed perhaps as many mysteries as answers.

You may recall Stephen King’s drama, “The Green Mile” that was set in the Great Depression. One of the main characters, John Coffey, a Cold Mountain Penitentiary death row inmate, had a magical ability to absorb and then heal the pain and suffering of others. Beyond merely emoting, he would actually physically take on and display the symptoms of those suffering from specific maladies, finally releasing them into the universe.

While perhaps not as dramatic as the examples presented above, there have been other, personal stories about this human empathetic response reaction. Often involving close relations including siblings and especially twins, this innate response can manifest as actual emotional or physical symptoms in the empathizer. Remarking on the complexities of personal relationships, Kuan Yin was unequivocal concerning the profound magnetism and interconnectedness between humans: that separation from a relationship can be akin to “taking a vital organ”.

In the following true life story delineating this natural reaction, a couple’s leisurely afternoon bicycle trip was tragically interrupted when the wife suddenly fell off her bike. Immediately jumping from his bicycle; kneeling worriedly over his beloved wife, the husband wondered about the severity of her injuries. As she’d fallen on hard ground, he thought she would have at least some bruising or scratches on her legs or torso.

However, while the woman had significantly impacted her left side and broken her arm, the rest of her body, including her left leg and torso, was apparently unaffected. Still, she would soon find herself at the ER, undergoing a Fracture Reduction procedure to heal a painful haematoma that had consequently developed in her arm.

A few days later, the husband noticed something strange on his body. A fist-sized, painful knot had formed on his left leg leaving the surrounding area bruised and discolored. As the days passed, this extreme discoloration and pain spread downward to his ankle and foot until his entire leg was black and blue.

Making an appointment with a physician’s group, he was told that he’d developed a spontaneous haematoma and that they were unsure of its origin. While haematoma’s are usually caused by direct physical trauma, the husband had (fortunately) endured no such event in the recent past.

Adding to this medical mystery was that all his blood tests checked out as normal. In fact, no one in the medical world seemed to be able to specifically diagnose the husband’s sudden and debilitating physical condition.

Putting two and two together, though, the man and his wife believed this was no accident. The husband had, through automatically-identifying with his wife’s fall, physically taken on the pain and trauma to avoid some potentially devastating would-be injury to her left leg.

Kuan Yin has stated that earth is a place to practice compassion. Describing Her teachings as “a thread—a rope to a life-saving raft”, the deity points the way out of any self-imposed “well” of illusion and endless karmic cycles of guilt and blame.