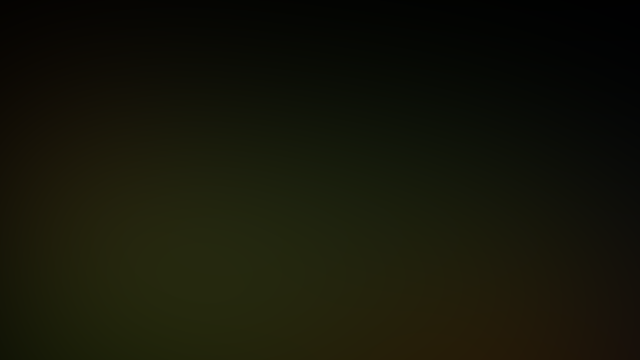 A new video posted to YouTube on January 23, 2014, reveals evidence for communications bridging the gap between human consciousness and other cosmic intelligences. A series of displays from mysterious sky objects recorded in Vancouver, British Columbia, Canada, reveal how these entities appear to possess an uncanny knack for showing up in the right place at the right time whenever the cameras are rolling.

Click here to watch “A Pattern of UFO Communications” on YouTube, featuring highlights from five years of local skywatching and contact documentation: “A pattern of UFO communications is evident in the skies over Vancouver, British Columbia, Canada. Bidirectional signalling bridges earth and air to evoke signs of psychic contact taking place over a multi-year period. Two different electronic instruments register the same repeatable phenomena indicating open lines of communications from advanced intelligences cooperating in the development of human consciousness.”

According to the Encyclopaedia Britannica, semaphore is a method of visual communications employing lights or flags that in late 18th century France utilized telescopes to perform long distance sightings of signals between fixed transmission points.

But are these apparent similarities only accidental in nature or is there something more to it?

The signalling interactions revealed in the video also appear to show UFOs offering receipt of transmission acknowledgements like those utilized in data communications networks. Furthermore, synchronization of signals is evident in these instances where a clearly defined order of events occurs after commencement of signal transmission from the ground.

To further clarify, the ordering of these events is depicted on screen as:

Are these synchronized sequential communications between UFOs and people on the ground evidence of an emerging trend?

Contemporary digital data communications between computers on the Internet utilize binary on/off encoding to transmit information in strings of ones and zeroes. A brief exposition on the evolution of binary encoding in human history cites its appearance in the Sanskrit Vedas, the communications logic of German philosopher Gottfried Wilhelm von Leibniz and the Boolean logic of English mathematician George Boole.

Readers who wish to deepen their understanding of how seemingly meaningless on/off iterations can convey meaning between communicators may try using this free online translator to decode the following strings of numbers written in binary:

What does the message say?

The highly publicized 1974 Arecibo message transmitted by professional scientists into space fabricated the popular illusion of mainstream science’s interest in communicating with extraterrestrials. 25 years later it was revealed by Cornell News how this event had less to do with any serious attempt at understanding the subtleties of human-ET communications, offering in their place only a crude unilateral exhibition of the transmission capabilities of that era.

As far as communications are concerned, Arecibo was all about affectation in the absence of authenticity.

Examiner.com has previously reported how “possibly more valid instrumental evidence for ET contact was published to YouTube in 2012 than SETI has produced in the past 40 years,” a scenario which apparently eludes “team scientists struggling to appear relevant during an era of widely-accessible, affordable digital night vision.”

The suggestion that authentic human-ET communications were taking place outside of the sphere of common public knowledge during the time of Arecibo was highlighted in the 1977 film “Close Encounters of the Third Kind” wherein elite operatives of an international shadow governmental body are portrayed using sound and light signals to communicate with ET spacecraft.

In present day contact circles, the theme of elitist politics runs deep through the CSETI culture, whose skywatching protocols apparently require participants to voluntarily surrender their rights to free speech in a country where those rights are protected by constitutional law.

A document hosted on the CSETI.org website titled “AGREEMENT FOR PARTICIPANTS IN CSETI’S AMBASSADORS TO THE UNIVERSE TRAINING RETREAT” states unambiguously how signatories “Agree to hold all proceedings of this CSETI Ambassadors to the Universe Training Retreat confidential and agree that it shall not be shared publicly without the prior express written consent of CSETI.”

Are such undemocratic and elitist practices providing a smokescreen of cover for professional misconduct and potentially criminal abuses? Some attendees at the reportedly disastrous 2013 Contact in the Desert UFO conference appear to believe this to be the case.

The four incidents of clearly illustrated Vancouver UFO communications from the years 2009, 2013 and 2014 depicted in the video “A Pattern of UFO Communications” exceed one Latin maxim’s consideration for the number three.

Presidential Medal of Freedom recipient Norman Mineta has illustrated his own plan-detecting methodology by citing the rule of three on a number of occasions as expressed in the maxim “omne trium perfectum” (Latin: “Everything that comes in groups of three is complete”).

To clarify further, in his testimony before the 911 commission, Norman Mineta stated the following:

During an interview with UC Berkley’s Daily Californian newspaper, the former transportation secretary observed how “If you see one of something occur you consider that an accident. But when you see two of the same thing occur then you know that there is a pattern or a trend. In this instant we had three of the same thing occur, and that is a program or a plan. So I then informed the FAA to bring all the airplanes down.”

By such a Mineta standard reiterated below it can be understood that multiple incidents of UFO communications in Vancouver are no accident and not simply a pattern but are in fact indicative of planned communications leading to the unfoldment of human consciousness and the integration of modern civilization with a larger cosmic society.

“Well, when that third one went into the Pentagon, it’s like anything else. If you see one of something it’s an accident. When you see two of the same thing, it’s a pattern or a trend. But when you three — see three of the same thing occurring, then you know it’s a program or a plan.”