UFODigest.com » Aliens and UFOs » UFO CONTACT THROUGH THE MIND 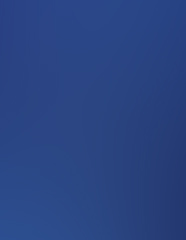 Some of the most controversial aspects of our recent book Real Encounters, Different Dimensions, and Otherworldy Beings  dealt with contactees, abductees, and others who claim that their encounters with alien beings were achieved through dreams, astral projections, near-death experiences, and past life memories. After our more than 50 years researching accounts of UFO contact, it has become clear to us that thousands of experiencers have met UFO intelligences through the mind, spirit, or nonphysical self and that consciousness offers a valid tool for exploring the UFO phenomenon.

Recently, quantum physicist Dr. Robert Lanza expressed his thesis that consciousness exists outside of the constraints of time and space. It is able to be anywhere: in the human body and outside of it. It is non-local in the same sense that quantum objects are non-local. Dr. Lanza also believes that multiple universes can exist simultaneously. In one universe, an individual can be dead. And in another, he or she continues to exist, absorbing other consciousnesses which have entered into their universe.

Dr. Lanza is not the only physicist or astrophysicist who postulates the existence of parallel worlds and who suggest the possibility of multiple universes. These theorists also believe that no physical laws exist which would prohibit the existence of parallel worlds.  Many of them maintain that it is consciousness that creates the material universe, not the other way around.

Dr. Lanza boldly points to the structure of the universe itself, and argues that the laws, forces, and constants of the universe appear to be finetuned for life, implying that intelligence existed prior to matter. He also claims that space and time are not objects or things, but rather tools of our animal understanding.

If, as many physicists and paranormal researchers argue that the human essence can soar free of the accepted limitations of time and space imposed by the physical body and may therefore truly engage in “astral flight,” “soul travel,” or the more academic “out-of-body experience,” then it may well be that the paraphysical aspect of humankind may more easily interact with that paraphysical species we commonly identify as the UFOnaut. Indeed, many accounts that tell of a subject having been taken aboard a UFO may be descriptions of a mental/spiritual/nonmaterial experience, rather than an actual physical/material one.

Thousands of men and women have been provided with their own personal evidence and proof of the validity of the ecsomatic existence of human personality. There is an enormous body of literature dealing with out-of-body experiences (OBE), near-death experiences (NDE), and so-called astral travel, and numerous accounts of the phenomenon are to be found in mystical and religious traditions.

Now, it would appear, another category must be added: projection during which the subject feels that he has been taken aboard a spaceship and/or visited another world, and has interacted with an alien intelligence.

If you would like more information or to purchase this book through AMAZON.COM simply click on its title: Real Encounters, Different Dimensions and Otherworldly Beings

Susan H., of Pennsylvania, witnessed a low overflight of a UFO when she was five years old. She stood on her front lawn, spellbound, as the craft came speeding over the rooftops in her neighborhood.

Today she has a degree in chemistry, and she is the technical manager of an industrial laboratory. She is married, with no children-a levelheaded woman with her feet solidly on the ground. And yet she reports a vision, a dream of being taken to a large group of people who are gathered in a strange city. The people seem concerned and are talking with great agitation about recent uncertain reports of odd weather patterns. Susan knows about the reports, but she is not anxious, because to her they were normal and expected.

At this point in the dream she gestures upward to a clouded sky where two, possibly three, golden submarine-type spacecraft have appeared. “I had been totally aware of their impending arrival.”

Susan says that the vision shifts, and she is transported with a large number of people aboard one of the craft. “Each of us has a small collection of things with us in various types of knapsacks, suitcases, and so forth. We are in this huge room that seems to have some curves to it. We receive a message to go to the view port. All of us are unafraid, accepting and expectant.

“We are hovering high enough, so that a sense of the curvature of theEarth can be seen, but we are not so high that we cannot see that we are over the water with the shoreline in full view. We are told that they will begin a rotation of the spaceship and that we will see that there is nothing to be concerned about, such as falling down because of gravity. The ship begins to rotate. As we watch the shoreline move during the rotation, we are amazed and excited, and feeling somewhat unnatural. We are astonished when we stay in one spot with respect to the motion of the ship.

“It was an incredible feeling, and one which I distinctly recall to this day,” Susan said. “It was almost like the kind of amusement park ride that strives to disorient through optical illusion. After the rotation we were told to make ourselves comfortable, and we returned to the corridor outside the view port and sat on the floor. I had the sense that we were going on a long voyage, but one which I knew was not going to take long.”

Vickie  states that at the age of five or six, she had a dream of being on another planet. She still remembers how beautiful it was. The colors were vivid and clear, and there were more varieties of colors than there were on Earth. The main color of the planet, she recalls, was a glorious yellow.

Although Vickie firmly states that she considers the Earth to be very beautiful, she has never thought of herself as an earthling or felt truly at home on this planet. During the last several years, she has become even more convinced of her extraterrestrial origin. In fact, she thinks that all humans are. She wonders if the men and women call themselves “Star People” could be enlightened ones from the same part of the Universe.

In a psychic vision she understood that she spent three hundred years on Venus in preparation before coming to Earth and· that she comes from a place in the stars called Sananda. Vickie has also been told that somewhere in space there is a very large spaceship in which there is a body that she occupied in a previous lifetime lying in a state of suspended animation.

When Vickie was eighteen years old, she met Glenn, whom she later married. Glenn told her that when he was twelve years old he had been entrusted with some information from the stars. At last Vicki had found someone with whom she could communicate, someone to whom she could relate.