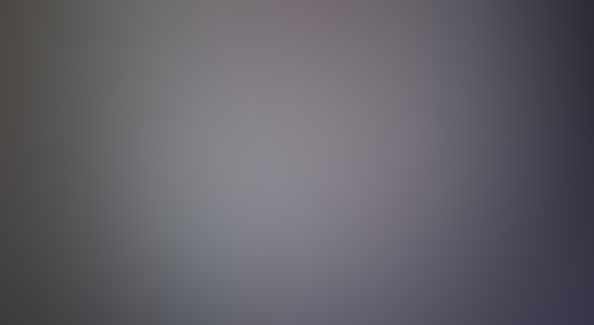 New analysis of Edward Snowden’s June 9, 2013, interview with the U.K. Guardian newspaper reveals how the self-described NSA surveillance program whistleblower harbors unconscious concerns about PRISM being used to mine online UFO and ET contact-related data as part of an ongoing attempt by the U.S. government to implement tyrannical space wars initiatives.

The Guardian describes PRISM as a massive top secret online spying program that “facilitates extensive, in-depth surveillance on live communications and stored information. The law allows for the targeting of any customers of participating firms who live outside the US, or those Americans whose communications include people outside the US,” which also “opens the possibility of communications made entirely within the US being collected without warrants.”

A report published to alleged PRISM-sponsor YouTube claims that when Edward Snowden (a self-described former senior advisor for the Central Intelligence Agency) cites the emergence of “new and unpredicted threats” as a precedent for the assertion of claims by government to unconstitutional powers, the former telecommunications information systems officer is unconsciously referencing a false flag ET invasion scenario.

Click here to watch “Edward Snowden’s Secret NSA Surveillance UFO Message” on YouTube’s SecretMessageTV: “The secret that Edward Snowden dared not tell in his confessional video interview to the UK Guardian relates how the formerly top secret PRISM surveillance program is being used to mine online UFO and ET contact-related data in an attempt to build a false flag ET invasion case as a pretext to space wars and their understandably disastrous consequences.“

Reports of involuntary secret messages encrypted backwards within human speech have been substantiated by real-world events including one revelation of military-grade intelligence pertaining to the “Shock and Awe” strikes against Baghdad two years prior to the beginning of the illegal U.S.-led 2003 invasion of Iraq.

Transmissions of these messages are detected through the principal of reflection in which audio recordings of human speech are digitally sampled then mirrored for reverse playback and monitoring. The principal of reflection is widely accepted for use in scientific and engineering applications, including the reflector telescope that offers indirect observation of light from celestial objects through the use of a highly-polished mirrored surface.

Occurrences of involuntary speech are further known through incidents of sleep-talking and Freudian slips, which convention dictates occur when unconscious signals override voluntary control of the speech organs to offer what can be highly-revealing statements of otherwise undisclosed truths.

With this understanding of applied reflection used in studies of involuntary human speech one can consider the following excerpt from the Guardian interview of Edward Snowden and the interpretation that follows.

Edward Snowden: “The only thing that restricts the activities of the surveillance state are policy. Even our agreements with other sovereign governments; we consider that to be a stipulation of policy rather than a stipulation of law. And because of that, a new leader will be elected, they’ll flip the switch, say that “Because of the crisis, because of the dangers that we face in the world”, you know, some new and unpredicted threat [emphasis added], “We need more authority, we need more power.” And there will be nothing the people can do at that point to oppose it. And it will be turn-key tyranny.”

In a 2004 interview with investigative journalist Linda Moulton Howe, Institute for Security and Cooperation in Outer Space founder and president Dr. Carol Rosin related Dr. Werner Von Braun’s anticipation during the 1970s that terrorists, asteroids and ET’s would be categorized under an American “Enemy’s List” to sustain “War Mode” and Pentagon budgets.

According to Dr. Rosin, the Project Paperclip scientist who led America’s first landing on the moon in 1969 mentored her in how “starting where I entered the industry with the supposed Russian threat, but never actually existed ­ the Russians were made to be the enemy. Then there would be terrorists, Third World country threats. There would be an asteroid threat. They might even say to us to try to influence the public into believing that there are many reasons for why we should put weapons in space. There might be a reason to protect our assets in space.

“But, the real one that he was always holding off on and would say again with tears filling his eyes every time he said this to me repeatedly was that the last card they are holding is the ‘alien card,’ the extraterrestrial card and none of them are hostile [emphasis added]. In any way he could say those words, the intonation was always on, ‘None of them are hostile. It’s all a lie.’ So, in other words, all the enemies that have been presented to us along the way ­ it’s a lie with always the intention of seizing the high ground to keep the truth from us.”

“Each of these wars, starting with the False Flag operation of September 11, 2001 has had the weaponization of space and occupation of the solar system as a significant objective.”