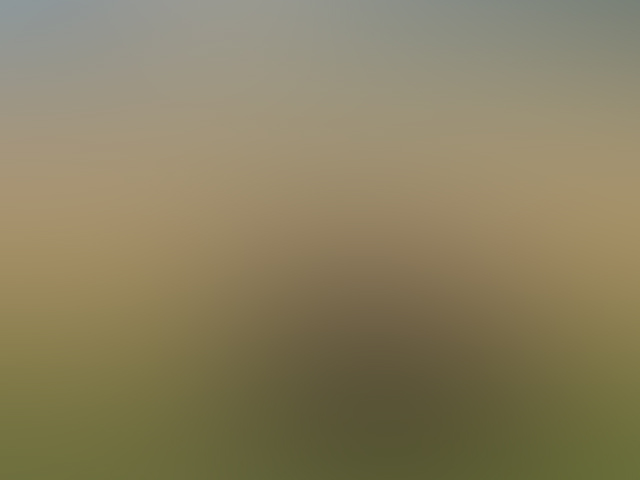 England – UFO Lights – Sighting Eyewitness testimony from R.W., an avid crop circle photographer – “I had a peculiar experience last night in the Vale of Pewsey July 26, 2012: I have nothing at all to back this up with, aside from my solemn word that it all happened as I am about to describe. I have no idea what it was that I witnessed, and I’m sure there may well be a rational explanation for it all, although I continue to be utterly perplexed by it. I could have put this onto the UFO thread, but as I was in the heart of Crop Circle Country at the time, and each incident occurred over crop fields, I thought it might sit better in here”.

I was returning back to my home in Winchester after watching a sun roll at Silbury Hill near Avebury, as recounted on another thread. I left Silbury Hill at about 9.10-9.15pm (BST) initially travelling east in the direction of Marlborough, but just past Overton the road had been closed for some reason, and so I turned around, and headed west for the town of Devizes.

At about 9.30pm I was travelling along the road that links Avebury with Devizes. Off to my left was a great swathe of crop fields, eventually merging into hills. It was dusk by this time, not fully dark, but very grey and murky.

Suddenly, over the fields to my left I saw a bright light, in the form of a ball or orb of fire. I can’t emphasise enough that the object appeared to be burning with a fierce golden light, and did not therefore appear as a plane light, or similar. It seemed more organic than that. Because the landscape I was looking into was so indistinct, it’s very hard for me to judge the distance and scale of the object, but it was very bright and appeared to be travelling roughly parallel to me. I observed it for about a minute, as I drove along the road. Unfortunately it’s quite a fast road, and I had a car behind me, and so I wasn’t able to stop, but instead kept switching my eyes from the road in front of me, to the fields to the left of me. This would have been only a few miles outside Devizes. And then the light simply vanished. It faded a little for a fraction of a second before going out, making it appear still more flame-like. Thinking it was all a little odd, but not getting too over-excited about it – I wondered if it might have been some very large Chinese lantern, for example – I continued on my way.

I cut around the outskirts of Devizes, and then started heading east towards Upavon (from where one goes to Andover, the A303 and then Winchester). The Devizes to Upavon road is a lovely one to drive along in daylight, a winding country road amidst crop fields, with views to the north of the Pewsey Hills (the Alton Barnes white horse is visible from there on a clear day). That was off to my left, in the direction in which I was travelling, and the same area of land where I’d seen the burning disc. Off to my right, much closer, about half a mile or so away is another range of hills, with crop fields at their foot, next to the road I’m driving along. About mid-way between Devizes and Upavon, a bit closer to the latter than the former, and at about 9.45pm,

I saw another of the lights, on my right-hand side, above the escarpment of hills. This was much closer to me than the one I’d seen before, and seemed to be rising up the hillside. The burning flame also appeared to have a tail, like that of a comet, although of course it was no such thing. This also then disappeared into nothing. And then, only moments later, I saw two more of them. They were hovering over the hill, about a field’s width apart. But this time, instead of just disappearing into thin air, they actually moved out of my line of sight, making a swooping motion and going down the other side of the hill.

As it crested the hill, the one I had my eye on emitted a beam of light that briefly illuminated the top of the hill before passing out of sight behind it. Just then I came to a turning into a lane and so I turned off, screeched the car to a halt and jumped out into the crop field in the hope of seeing it again. By this stage it was almost fully dark, but it was a clear night and so I could quite clearly make out the landscape features around me.

I didn’t see the burning lights again, but just after getting out of the car, from behind the hill where the objects had disappeared, there was a loud, percussive rumble, like thunder or an explosion. And, whilst it may well not have been connected, behind me, in the gloom of the crop fields, there was another strange noise that I heard twice, that sounded a bit like a piston. I stood there for a while longer until it was completely dark, but didn’t see or hear anything else. A couple of cars went past on the road, but other than that the landscape was eerily quiet, and feeling just the tiniest bit unnerved at what I had just witnessed, I decided it was time to get in the car and drive back home.

Strange lights in the sky, and specifically burning orbs are not unknown in that part of the country, as celebrated for its apparent UFO sightings as it is for its crop circles. Indeed, discs of light have become part of crop circle folklore, apparently being seen to appear in the vicinity of crop formations.

A Wiltshire Times article from 2010 has a bit about other people seeing these sort of lights. Sorry to have to write at such length, but I wanted to get down as much detail as possible while it was still fresh in my mind. I know beyond question that all of the above happened, but I have no idea what it was that I saw, or what possible explanation, rational or otherwise, there could be for it. But that’s how it all went down, and I must admit, my mind is still spinning about it. But I will take a walk over there soon in daylight, as much as anything because it’s a lovely looking part of the Vale of Pewsey that I don’t know in the way that I know the eastern parts of the vale. Most of the artillery range, and all the area around Chirton Bottom is publicly accessible land, served by footpaths, like most such ranges (the part around the army camp itself is obviously private, but many army ranges in the UK are open to the public except on days when they’re firing, when they put red flags out). So, sadly, possibly all quite mundane.

Except, just a couple of anomolies. 1. Whilst Orbs 2, 3 and 4 could possibly be seen as having the motion and trajectory of artillery shells, Orb 1 was either stationary or moving sideways (can’t really say for sure, because everything was so dark and indistinct, and I was moving at the same time – the others were much easier to judge, because I had a backdrop of hills to visually contextualise them against), and that would not accord with a shell. 2. Orbs 2, 3 and 4 appeared very close above Chirton Bottom, which as I explained above is right at the outer extremity of the firing range, in what is basically a buffer zone, in that no shell would be expected to get that far, but for obvious reasons the army allow for one doing so, just in case, so it’s a little odd that they seemed so close to the hill. Worth keeping an open mind about, but likely nothing to get too excited about, so sorry for doing just that yesterday! But at the time, it really was quite something.”

The sounds that R.W. heard were well after his sighting. UFO lights love to imitate.