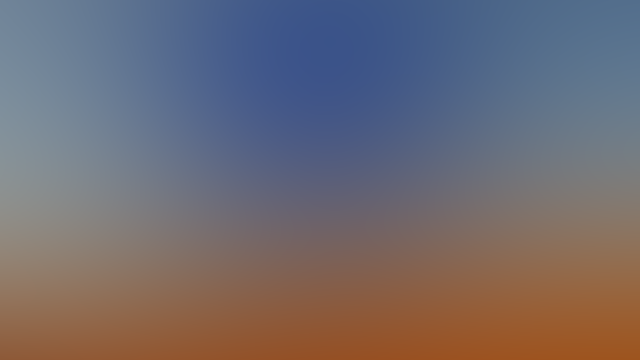 A new video published to YouTube on February 24, 2014, reveals how a stationary sports camera with an ultra wide-angle lens captured a daylight UFO incident during a motocross event in Bauru, São Paulo, Brazil. Producer Mariva Brito states in the video description how the object appears to maneuver in a way inconsistent with known flight parameters for conventional aircraft.

Bauru has historically served as a nexus of notable sports and space-related initiatives as both the initial training grounds for soccer legend Pelé and as the home town of Brazilian Space Agency (AEB) astronaut (and first Brazilian in space) Marcos César Pontes.

Images from the GoPro HD Hero2 camera used in the making of the UFO video reveal spectators and participants seemingly oblivious to events taking place directly overhead. Highlighting this evident gap between proximity and cognition, an indigenous shaman whose people once inhabited the Bauru region has reportedly invoked a profound sense of separation characterizing the outlooks of people born to European descent.

There are a number of good reasons to consider why drone operator and sports enthusiast Mariva Brito may be correct in claiming UFO status for his video.

The scale of the object due to its apparent distance from the ultra wide-angle lens renders it with a minimal number of pixels. If this video was fabricated using computer-generated graphics, would it make sense to create an almost-inconspicuous object of such limited resolution and at such relative distance?

In other words, why not render a big close-up with portrait-quality images of extraterrestrial pilots showing snapshots of their kids? The time and effort involved in perpetrating then promoting such a hoax offers seemingly limited returns as evidence making it very unlikely that this video is a fake.

At 44 seconds on the video timeline, the UFO disappears behind the visible horizon. Such behavior eliminates the possibility of a foreground object (such as a flying insect) near the lens as the source of the signal detected by the camera’s sensor.

During the period of observation, an intermittent trail of bright emissions can be seen in the wake of the UFO’s passage. This effect is evident at a number of instances including at 31 seconds as well as at 2 minutes and three seconds on the video timeline.

The trail of luminous emissions that appears in the wake of this UFO’s passage differentiates it from airborne plastic garbage, birds, balloons and electric-powered quad/hexa/octocopter drones (none of which are recognized sources for the aerial dispersal of luminous materials).

One possible source for these emissions could be a malfunctioning smoke generator attached to a scale-model remote-controlled aircraft whose operator is standing off-camera. This video of a model YAK 50 test flight displays a large volume of persistent smoke dispersed from the vehicle during flight.

By way of contrast, the Bauru UFO video shows only intermittent bursts of very bright almost point-source emissions whose brief durations offer no lingering persistent cloud trails like those from the YAK 50 scale-model remote-controlled airplane.

In the absence of any emerging new cross-disciplinary sporting events combining the excitement of motocross racing with the thrills of operating delicate and accident-prone smoke-emitting model aircraft overhead, this reporter is compelled to consider the likelihood of such a hypothesis to be a very remote one indeed.

Click here to watch “OVNI EM BAURU” on YouTube: “During filming in motocross racing in February 2014 in the city of Bauru SP, with a GoPro HERO 2 camera placed on the ground, we were surprised by an unidentified object in very strange situation of flight “without any parameters known for conventional aircraft” in the sky in the same way that instant entered [the scene] he left, very strange …” (via Google Translate).

Perhaps one of the most notable attributes of the Bauru motocross UFO video is the depiction of participants and spectators apparently unaware of events taking place overhead. In spite of the presence of numerous potential witnesses, there doesn’t seem to be anyone looking up, pointing to the object and alerting their neighbors.

In a reported paraphrased statement by a shaman of the indigenous Kaingang people concerning the psychological profile of people of European descent (attributed to the collections of Brazilian Indigenous Institute for Intellectual Property (INBRAPI) Executive Director Lucia Fernanda Jofej Kaingang) it is noted how “Their world is square, they live in houses that look like boxes, work inside other boxes, and to go from one box to another, enter in boxes that walk. They see everything as separate, because they are the people of boxes.” (via Bing).

The GoPro HD Hero2 used in documenting the Bauru motocross UFO is a 170 degree wide-angle lens CMOS-based solid-state sports camera capable of recording H.264-compressed video at resolutions up to 1920×1080 pixels.

This camera’s new SuperView™ function also renders what the manufacturer promises to be “the world’s most immersive wide angle perspective.” For daylight UFO captures the HERO3+ offers the possibility of high-definition all-sky imaging in a very small, lightweight and portable package.

New UFO video evidence from Brazil courtesy of Mariva Brito emphasizes the value of GoPro cameras for UFO skywatching and their greater role in closing the gap separating reality from cognition in contemporary cultures.

Click here to read this story and more in the Vancouver UFO Examiner for Examiner.com.