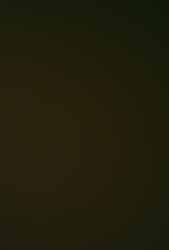 LETTER OF THE WEEK TO THE EDITOR

Variety of Alien Beings Known To Interact With Humans

ALIEN TYPE 1:  The Greys.  Of this type there are several sub-types. All tend
to appear greyish in color and for this reason are referred to as “greys.”

Wes Penre‘s main topic of research since 1998 has been focused on “exposing the Global Elite, i.e. the PTB (“Powers That Be”), who are pulling the strings on all Mankind from behind the scenes.”  Wes combines this theme with with humanity’s spiritual journey into the future.

In 1998, Wes posted his first website, Illuminati News, on the Internet and it is still up and running.  Click the link below to sample it:

Illuminati News is a giant database wherein Wes exposes the Global Elite (also called the PTB or “Powers That Be” or the “Illuminati”), along with their plans to gain total control over Mankind.  To a lesser extent, Penre also explains on the Illuminati News website that there are interdimensional star beings who pull the strings on the Illuminati, as well.

So, according to Penre, there is a very strict hierarchy in this control system, which extends to outside our planet and even into other dimensions.

Therefore, in reality, a super rich oligarchy on this planet, whom many people may think are in charge because of their incredible wealth, influence and hunger for power are merely puppets themselves in a much larger game, which is played out in other dimensions by beings living in the realm of (for us) invisible electromagnetic spectra.

I have believed in Wes Penre’s ideas ever since I read his first collection of “Wes Penre’s Papers.”   Those early writings awoke me up from the entrancement and entrainment of Steven Greer’s “All ETs are Benevolent” hypothesis.  “Wes Penre’s Papers” were also the most insightful intel and comprehensive information on human origins, from the beginning to the present status of Mankind, and lastly, giving insight to our future challenges.

Wes Penre’s views and ideas are (so far) second to none, and very few other UFO researchers have come to the same conclusions and/or the same views.  Therefore, I strongly recommend this material to be posted on the UFO Digest where it will hopefully reach as many people as we can with this critical information, so that others who resonate with its message can also be benefit and keep from sinking into into entrapments, whirlpools and vortices in the vast oceans of disinformation, misinformation, outright lies of propagandas, and various secret agendas (government & otherwise), with their detrimental effects of mind boggling and mind-controlling by the Globalist bluebloods, NWO Elites, the mass media and their minions!
I anticipate your thoughts on the above mentioned and also look forward to seeing the interview on your site as soon as practicable.
Yours respectfully,
Hasegawa Soujiro
Melbourne, Australia
September 25th, 2016
*******
———- Forwarded message ———-

From: Wes Penre Productions — the Blog

Robert Stanley, radio host, researcher, writer, editor, musician, my dear friend, and much more, posted the interview he did with me in July of this year last night.  It brings up multiple topics, and I hope you’ll enjoy:

I will work on my own publication of this interview and post it on wespenre.com and my blogs + a pdf version.

I will keep you updated on that, as well.