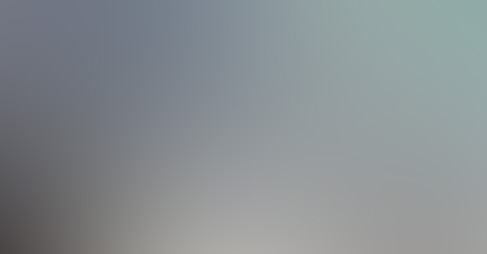 Michael Nielson: -> “Another cube reportedly seen in Texas.  Its either the vanguard of the Borg assimilation fleet or its a kite flown by the Borgmans.  My question is simple:

“Why would an advanced race of beings travel 100-trillion miles just to hover in the clouds over McAllen, Texas in their decidedly poorly aerodynamic cube?

Why not a sphere?

Are they here for our spherical technology…or…the TexMex….?”

The black color of this perfect cube reminds me of the color of mourners and the fact that was are missing our editor Dirk, is this phenomenon a tribute to him? The manifestation of the shape out of the atmosphere reminds me of the paranormal activities in Uintah, Utah at Skniwalker Ranch: Paranormal Corridor – Southwest USA by Mary Alice Bennett Skinwalker Ranch “Using infrared binoculars, a researcher in Utah was able to observe a large black animal crawling through a tunnel into our dimension. The ape-like creature moved along using its elbows. After exiting and sauntering off into the night, the anomalous yellow light which contained the tunnel, slowly faded away. This is but one of the events which occurred on the Skinwalker Ranch property while paranormal researchers were there. The tunnel appeared after a meditation session.

After another earlier attempt at meditating, an energy field was seen to swoop down upon the seated fellow. It uttered an animal roar as it sped by – the meditator was completely terrified. The researchers compared what they`d seen to the invisible force scene from the movie “Predator”. Some of the other creatures who populate the Uintah Basin in N.E. Utah are only detectable because they block out the stars or by the enormous foot or claw prints that they leave behind. The rancher and his family had moved there in good faith, bringing their expensive herd of Angus cattle to the property. They lost so many cows there that they eventually had to leave, allowing the research team to take their place. Whatever is there does not allow domesticated livestock to pollute its sacred ground. Previous tenants had been warned not to try to dig anywhere on the land. In the 1770s the exploring Spanish had noticed underground activity there along with flying lights. The Ute tribe has 15 generations of tales to tell. There are deposits of the rare hydrocarbon Gilsonite on the ranch.

The UFO underground mining activity is similar to the situation in Pine Bush, New York. Large black flying triangles are seen in both areas. The rancher had seen a craft entering the atmosphere through a hole in the sky. At night he was able to see blue sky through one of these openings, as if it were the entrance to another world. There was another tunnel up there whose entrance opened directly opposite their homestead. Many of the sightings of anomalous creatures were one-time events, as if the animals were just passing through our dimension. When they first came to the land, the rancher`s wife was greeted at the gate by an oversized wolf that had to lean down in order to gaze into her car window. This sighting is reminiscent of the paranormal black dog of Norfolk, England which inspired the Sherlock Holmes mystery, “The Hound of the Baskervilles”. “Black Shuck” as they call him, once appeared in a church, killing two people on his way out. The burn marks he left as he retreated are still visible on the doorway. There had been no repopulation of wolves to the Uinta region.

Soon after this encounter, the rancher`s wife observed what seemed to be an RV out in the field. There was a dark figure seated behind a desk inside. When he stood up, he took up the entire doorway. He was wearing a black helmet with a visor, black clothes and boots. The next day she and her husband went out to the field. When she saw the 18″ bootprints he`d left behind, she became hysterical. The RV-type craft has also been seen in Brazil where they are called “chupas”. These UFOs have been known to hunt the Amazonian hunters who wait in the trees at night for animals to pass by. A darting red light chased the horses off a cliff one night resulting in serious injuries. Sometimes the animals were seen to panic from the presence of invisible creatures.

The rancher advised the research team to stalk the phenomenon as if it were a wild animal.  He`d observed a multicolored craft one night which lit up the snow with its colorful lights.  When a twig broke, the craft turned off its lights and turned towards him.  The rancher thought that this was the type of reaction that one would expect from a living creature.  In Dulce, New Mexico, sightings of enormous UFOs are not uncommon.  One huge manta-ray shaped ship appeared to be covered with the skin of a sea creature.   It was grey, dimpled, and wrinkled.   A little ET was spotted with the same sort of skin.

Some theorize that the craft themselves are alive. This echoes the words of Ezekiel in his first chapter, the famous Biblical UFO encounter.  Ezekiel refers to the “wheel within a wheel” form of the “Throne of God” and to the “living creatures,” which accompany the wheels flying in the sky.

The area of N.W. New Mexico is also famous for its suit-wearing “Wolfmen” and ghastly-faced ” ghost runners,” which have been known to keep pace with the patrol cars of the Highway Patrol.

How do you know whether it was a Bigfoot who raided your garden?

Answer: Only the fruit on the top of the tree is gone.

Last week, there was a sighting of a white Bigfoot up in Fort Apache, Arizona.  Since these animals are known to appear on or near Indian reservations, the news was not a surprise.  The author likes it noted that all of the examples used in this article were taken from the book “The Hunt for the Skinwalker”, but the comparisons were not.” (Available on Amazon).

The appearance of a large black Bigfoot from a conduit coming out of the sky in Utah is similar to the manifestation of the black cubes from the clouds over Texas.

“Gilsonite is a natural, resinous hydrocarbon found in the Uintah Basin in northeastern Utah; thus, it is also called Uintahite.  This natural asphalt is similar to a hard petroleum asphalt and is often called a natural asphalt, asphaltite, uintaite, or asphaltum.  Gilsonite is soluble in aromatic and aliphatic solvents, as well as petroleum asphalt.  Due to its unique compatibility,  Gilsonite is frequently used to harden softer petroleum products.  Gilsonite in mass is a shiny, black substance similar in appearance to the mineral obsidian.  It is brittle and can be easily crushed into a dark brown powder.  When added to asphalt cement or hot mix asphalt in production,  Gilsonite helps produce paving mixes of dramatically increased stability.”

This dramatic event and this article memorializes for me our much esteemed and greatly missed editor Dirk.