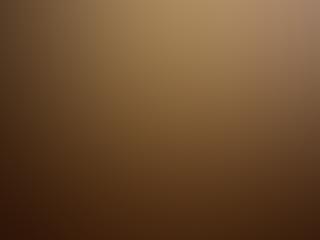 2012 Ascension Age There are many ways to describe a new era in time. The part that I share is more focused on sharing the knowledge and wisdom as enlightenment of the Ascension Center, ACE Society, of the knowledge that Alien Civilizations Exist!

The part of my life that more people are tuning into is the fact that I have a story to tell not as a “White Lighter” but as an “Alien ET Contactee” which they desire to share on earth at this time as “Alien Abductee TJ”.

Why this world isn’t yet ready to accept the good about ET White Lighters is beyond me. A White Lighter is one who has an agreement with the Supreme Beings after having already received their body-mind-spirit to have the birth-life-death experiences on a planet.

I have had 9 past lives and that includes the one on this planet which is now something of the paranormal kind. I thought in the past the best way to share my story was as a normal human being with extraordinary experiences. However, what I know now is all the work that me and my friends as the “Baby Boomer Generation” have tried to convey may have been misunderstood with the etymology or words and their history and meaning.

One generation (20 years) of spirits born on earth from 1946 through 1966 can only assist this world so much. This was our time on earth to make a difference and most of us are still here trying to share what we know to be the truth in our knowledge and wisdom. This is why we have created so many paths on the spiritual journey.

My way now is to explain the way back to the Etheric Ascension Center which is where our spirits can once again be reviewed and will be claimed once again by out oversouls. I share my life on earth with others as an agreement to help other younger spirits along their own chosen path. I do not enforce and I do not force my will upon others. We follow the Golden Rule of Enlightenment and that is Choice!

We know there are natural forces created on a planet and we all take our chances when we arrive on a planet. Some of us find our path on the spiritual journey of life with others to lead our way.

Some are called Aliens, some ET, some Angels, some Guides, Some Witches, Some Psychics, some Feys, anyway you get the idea right?

I have shared the list of future spirits to come prior to this and they are recorded somewhere for easy reference. I do my part as the Oracle of this generation in the Akashic Field and what we now call cyberspace as the WEB of sharing the All that is known… We are now going to enter a time when all are accepted into the sea of both waves and particles.

However, we prefer those who are now present on earth who have not caught up to the way our Supreme Council desires us to be for the future of all humanoid sentient intelligent beings who will be Taken to Terra-Form and begin new worlds to think.

We have had prior world history with world religions and those who we accepted as the wise ones to share their spiritual knowledge whether the information was left in written form of verbalized in storytelling. In our former tribes we had Shamans, Metaphysicians, Mystics, Mediums, Oracles, Prophets, Prophetesses, Psychics, Sages, Seers, and now some are called Spirit Guides, Spiritual Advisers, Healers, Lightworkers, and Truthseekers.

One of the classifications on the good and light side of this world is called the spiritual good fays or Feys. We also have those on earth who choose the dark light and they are spiritual bad fays or Feys.

Those who decide to share this knowledge with their children coming to earth will usually explain all of this and the ways of the world in their own traditions and cultures which include their own chosen religions which are created among their spiritual communities to share how to choose either the good or the bad energy and how to be one with their own tribe and clan.

It appears that somewhere over time on this planet the story of the truth fades out over time and every 2500 years of so, we of the white lighters have to return to assist when the veil is the thinnest so that others may once again be reminded to choose how they will create their memories either of the good or the dark side of our omniverse. We have many levels in life as what we call the spiritual realms of both levels and dimensions.

There are those who in the past were the lowest levels on earth who were the new borns and had no knowledge of their own past lives because they were newly created. Those who were chosen as their parents were either on the good side or the dark side in one of the Xenoverse realms. Now, it is time for those who did not know of this good and light to choose once again.

Those who are on earth will be given a day on earth from 2012 forward to choose as adults. Normally, those who come to earth are trained in the spiritual ways of the creation of both the alpha males and the omega females to exist inside the omniverse. Those in the past on earth who found themselves on the dark areas and chose their parents before coming may have had to stay in their area or community.

Now we have an annual cross over from the dark fey to the light fey. In the past, there was a choice made ace the age of sixteen earth years to choose to be good spirit light or bad spirit light and to work on one side or the other. Now from 2012 forward all those who come to earth that desire to change will be allowed to do so.

This is one of the reasons for the Ascension Age is change! What does all of this have to do with me being visited all my life with those from above to share that they exist and so I would not forget them in my human form?

I had been an experienced avatar ascension master in past lives and decided to come back in an agreement I made with the Advanced Beings and the Alpha God and Omega Goddess realms. This was due to my prior choices in past lives. We will begin to share that which we know as Alien ET Hybrid TJ’s story! Love and Light TJ – A White Lighter

Spiritual FAY or FEY DAY in 2012 in Celebration with St. Patrick’s Day – Spiritual Understanding of both Good and Bad as Dark and Light Fey on earth.

Many folk ask the question ‘Why is the Shamrock the National Flower of Ireland?’ The reason is that St. Patrick used it to explain the Holy Trinity to the pagans. Saint Patrick is believed to have been born in the late fourth century, and is often confused with Palladius, a bishop who was sent by Pope Celestine in 431 to be the first bishop to the Irish believers in Christ.

ALIEN ET FEY DAY can also be celebrated among the ET Community on  St Patrick’s Day and on July 4th in Roswell, New Mexico Annually!

Saint Patrick is most known for driving the snakes from Ireland. It is true there are no snakes in Ireland, but there probably never have been – the island was separated from the rest of the continent at the end of the Ice Age. As in many old pagan religions, serpent symbols were common and often worshipped. Driving the snakes from Ireland was probably symbolic of putting an end to that pagan practice. While not the first to bring Christianity to Ireland, it is Patrick who is said to have encountered the Druids at Tara and abolished their pagan rites. The story holds that he converted the warrior chiefs and princes, baptizing them and thousands of their subjects in the “Holy Wells” that still bear this name.

There are several accounts of Saint Patrick’s death. One says that Patrick died at Saul, Downpatrick, Ireland, on March 17, 460 A.D. His jawbone was preserved in a silver shrine and was often requested in times of childbirth, epileptic fits, and as a preservative against the “evil eye.” Another account says that St. Patrick ended his days at Glastonbury, England and was buried there. The Chapel of St. Patrick still exists as part of Glastonbury Abbey. Today, many Catholic places of worship all around the world are named after St. Patrick, including cathedrals in New York and Dublin city

Saint Patrick’s Day has come to be associated with everything Irish: anything green and gold, shamrocks and luck. Most importantly, to those who celebrate its intended meaning, St. Patrick’s Day is a traditional day for spiritual renewal and offering prayers for missionaries worldwide.

So, why is it celebrated on March 17th? One theory is that that is the day that St. Patrick died. Since the holiday began in Ireland, it is believed that as the Irish spread out around the world, they took with them their history and celebrations. The biggest observance of all is, of course, in Ireland. With the exception of restaurants and pubs, almost all businesses close on March 17th. Being a religious holiday as well, many Irish attend mass, where March 17th is the traditional day for offering prayers for missionaries worldwide before the serious celebrating begins.

In American cities with a large Irish population, St. Patrick’s Day is a very big deal. Big cities and small towns alike celebrate with parades, “wearing of the green,” music and songs, Irish food and drink, and activities for kids such as crafts, coloring and games. Some communities even go so far as to dye rivers or streams green!