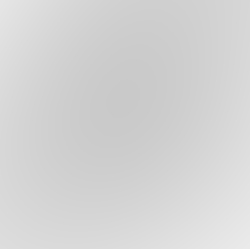 Publisher’s Note: The original story of the Admiral Richard Byrd’s Secret Diary first came to light during a radio program hosted by Art Bell. Art was apparently interviewing a member of the Byrd family, cousin, second cousin whatever, when the remarkable story was told about the discovery of the lost diary. Since its initial announcement members of the Byrd have come forward to claim that the person interviewed was not in fact a member of the family and that the lost diaries did not exist. Dirk

From this point I write all the following events here from memory. It defies the imagination and would seem all but madness if it had not happened.

The radioman and I are taken from the aircraft and we are re ceived in a most cordial manner. We were then boarded on a small platform-like conveyance with no wheels! It moves us toward the glowing city with great swiftness. As we approach, the city seems to be made of a crystal material. Soon we arrive at a large building that is a type I have never seen before. It appears to be right out of the design board of Frank Lloyd Wright, or perhaps more correctly, out of a Buck Rogers setting!! We are given some type of warm beverage which tasted like nothing I have ever savored before. It is delicious. After about ten minutes, two of our wondrous appearing hosts come to our quarters and announce that I am to accompany them. I have no choice but to comply. I leave my radioman behind and we walk a short dis tance and enter into what seems to be an elevator. We descend downward for some moments, the machine stops, and the door lifts silently upward! We then proceed down a long hallway that is lit by a rose-colored light that seems to be emanating from the very walls themselves! One of the beings motions for us to stop before a great door. Over the door is an inscription that I cannot read. The great door slides noiselessly open and I am beckoned to enter. One of my hosts speaks. ‘Have no fear, Admiral, you are to have an audience with the Master…’

I step inside and my eyes adjust to the beautiful coloration that seems to be filling the room completely. Then I begin to see my sur roundings. What greeted my eyes is the most beautiful sight of my entire existence. It is in fact too beautiful and wondrous to describe. It is exquisite and delicate. I do not think there exists a human term that can describe it in any detail with justice! My thoughts are interrupted in a cordial manner by a warm rich voice of melodious quality, ‘I bid you welcome to our domain, Admiral.’ I see a man with delicate features and with the etching of years upon his face. He is seated at a long table. He motions me to sit down in one of the chairs. After I am seated, he places his fingertips together and smiles. He speaks softly again, and conveys the following.

‘We have let you enter here because you are of noble character and well-known on the Surface World, Admiral.’ Surface World, I half-gasp under my breath! ‘Yes,” the Master replies with a smile, ‘you are in the domain of the Arianni, the Inner World of the Earth. We shall not long delay your mission, and you will be safely escorted back to the surface and for a distance beyond. But now, Admiral, I shall tell you why you have been summoned here. Our interest rightly begins just after your race exploded the first atomic bombs over Hiroshima and Nagasaki, Japan. It was at that alarm ing time we sent our flying machines, the “Flugelrads”, to your surface world to investigate what your race had done. That is, of course, past history now, my dear Admiral, but I must continue on. You see, we have never interfered before in your race’s wars, and barbarity, but now we must, for you have learned to tamper with a certain power that is not for man, namely, that of atomic energy. Our emissaries have already delivered messages to the powers of your world, and yet they do not heed. Now you have been chosen to be witness here that our world does exist. You see, our Culture and Science is many thousands of years beyond your race, Admiral.’ I interrupted, ‘But what does this have to do with me, Sir?’ 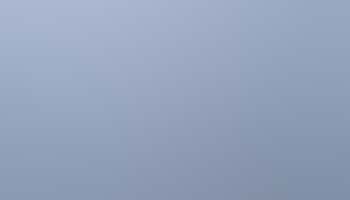 The Master’s eyes seemed to penetrate deeply into my mind, and after studying me for a few moments he replied, ‘Your race has now reached the point of no return, for there are those among you who would destroy your very world rather than relinquish their power as they know it…’ I nodded, and the Master continued, ‘In 1945 and afterward, we tried to contact your race, but our efforts were met with hostility, our Flugelrads were fired upon. Yes, even pursued with malice and animosity by your fighter planes. So, now, I say to you, my son, there is a great storm gathering in your world, a black fury that will not spend itself for many years. There will be no answer in your arms, there will be no safety in your science. It may rage on until every flower of your culture is trampled, and all human things are leveled in vast chaos. Your recent war was only a prelude of what is yet to come for your race. We here see it more clearly with each hour..do you say I am mistaken?’

‘No,’ I answer, ‘it happened once before, the dark ages came and they lasted for more than five hundred years.’

‘Yes, my son,’ replied the Master, ‘the dark ages that will come now for your race will cover the Earth like a pall, but I believe that some of your race will live through the storm, beyond that, I cannot say. We see at a great distance a new world stirring from the ruins of your race, seeking its lost and legendary treasures, and they will be here, my son, safe in our keeping. When that time arrives, we shall come forward again to help revive your culture and your race. Perhaps, by then, you will have learned the futility of war and its strife…and after that time, certain of your culture and science will be returned for your race to begin anew. You, my son, are to return to the Surface World with this message…..’

With these closing words, our meeting seemed at an end. I stood for a moment as in a dream….but, yet, I knew this was reality, and for some strange reason I bowed slightly, either out of respect or humility, I do not know which.

Suddenly, I was again aware that the two beautiful hosts who had brought me here were again at my side. ‘This way, Admiral,’ motioned one. I turned once more before leaving and looked back toward the Master. A gentle smile was etched on his delicate and ancient face. ‘Farewell, my son,’ he spoke, then he gestured with a lovely, slender hand a motion of peace and our meeting was truly ended.

Quickly, we walked back through the great door of the Master’s chamber and once again entered into the elevator. The door slid silently downward and we were at once going upward. One of my hosts spoke again, ‘We must now make haste, Admiral, as the Master desires to delay you no longer on your scheduled timetable and you must return with his message to your race.’

215 Hours – A radio message comes through. ‘We are leaving you now, Admiral, your controls are free. Auf Wiedersehen!!!!’ We watched for a moment as the flugelrads disappeared into the pale blue sky.

The aircraft suddenly felt as though caught in a sharp downdraft for a moment. We quickly recovered her control. We do not speak for some time, each man has his thoughts…

220 Hours – We are again over vast areas of ice and snow, and approximately 27 minutes from base camp. We radio them, they respond. We report all conditions normal….normal. Base camp expresses relief at our re-established contact.

March 11, 1947. I have just attended a staff meeting at the Pentagon. I have stated fully my discovery and the message from the Master. All is duly recorded. The President has been ad vised. I am now detained for several hours (six hours, thirty- nine minutes, to be exact.) I am interviewed intently by Top Security Forces and a medical team. It was an ordeal!!!! I am placed under strict control via the national security provisions of this United States of America. I am ORDERED TO REMAIN SILENT IN REGARD TO ALL THAT I HAVE LEARNED, ON THE BEHALF OF HUMANITY1111 Incredible! I am reminded that I am a military man and I must obey orders.

These last few years elapsed since 1947 have not been kind…I now make my final entry in this singular diary. In closing, I must state that I have faithfully kept this matter secret as directed all these years. It has been completely against my values of moral right. Now, I seem to sense the long night coming on and this secret will not die with me, but as all truth shall, it will triumph and so it shall.

This can be the only hope for mankind. I have seen the truth and it has quickened my spirit and has set me free! I have done my duty toward the monstrous military industrial complex. Now, the long night begins to approach, but there shall be no end. Just as the long night of the Arctic ends, the brilliant sunshine of Truth shall come again….and those who are of darkness shall fall in it’s Light..FOR I HAVE SEEN THAT LAND BEYOND THE POLE, THAT CENTER OF THE GREAT UNKNOWN.